Beyond the Trade War: Why Reshoring Makes for Better Business 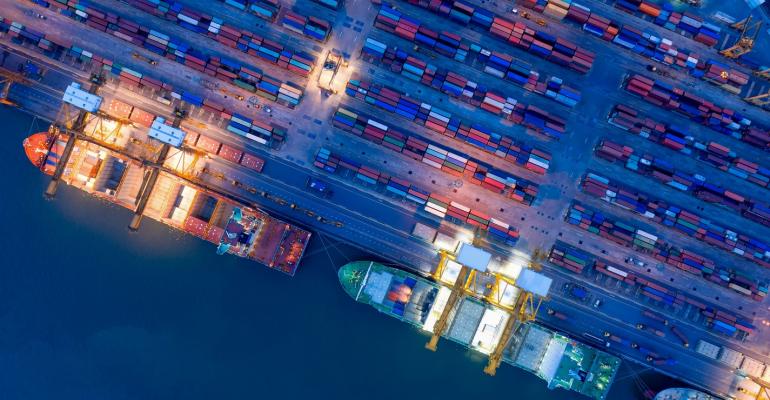 The current trade war with China has many companies re-evaluating their outsourcing practices. But even before the steep tariff hikes, many companies were reshoring their manufacturing because in the long run, it’s better for business.

There’s a reason the U.S. trade deficit with China exceeded $301 billion in 2018. Cheap labor and fewer regulations mean that “Made in China” tends to cost less than “Made in America.” But the ongoing trade war with China has led many companies to re-evaluate the practice of outsourcing from a cost-efficiency perspective. That’s with good reason, since the U.S. is currently imposing about $250 billion in tariffs on products coming from China.

The notion that outsourcing could be detrimental in the long term isn’t a new idea—nor is it specific to the current tariffs. In the last few years, a number of companies have realized that there are often hidden costs associated with outsourcing. One of the more famous examples is the UK’s renowned car manufacturer, Aston Martin.

In 2014, Aston Martin issued a recall for 17,950 of its vehicles. The cause was directly related to outsourcing. The recall debacle began with Aston Martin receiving multiple customer complaints about broken throttle pedals in certain vehicles manufactured after 2007. In response, the company launched an investigation into the pedals, and the engineers quickly uncovered the issue: The pedals had been manufactured with counterfeit material. The company’s engineers had specified that the pedals should be constructed with injection-molded DuPont PA6 plastic, but the broken pedals were made with counterfeit resin.

The backstory of these faulty pedals is a maze of complex supply chain dynamics. The pedals themselves were assembled by Precision Varionic International (PVI) in Swindon, England. According to its website, PVI does tooling in-house, but uses manufacturers based in China. In this particular instance, PVI got the parts from Hong Kong-based Fast Forward Tooling. The subsequent supply chain is murky, but Aston Martin believes that Fast Forward Tooling subcontracted the actual molding of the pedals to Shenzhen Kexiang Mould Tool Co., which in turn purchased the counterfeit resin from Synthetic Plastic Raw Material Co. Ltd. in Dongguan, China.

In reality, the precise origin of the counterfeit material is unknown, as Shenzhen Kexiang Mould Tool Co. claims to have had no dealings with Fast Forward Tooling. What is clear, however, is that Aston Martin was far removed from the business end of its supply chain, and the quality of its product suffered. Fortunately for Aston Martin, the financial implications of the recall were not catastrophic. But they certainly could have been.

Small Issues Can Cause Significant Problems

The benefits and pitfalls of outsourcing are by no means specific to Aston Martin or the automobile industry. Offshore manufacturing, in particular of plastics, can be less expensive than partnering with a domestic manufacturer—at least initially. Yet with that immediate gain comes an inevitable loss: the visibility into who is actually manufacturing your parts—and how they’re doing it. Without insight into a subcontractor’s processes and materials, it’s nearly impossible to guarantee the quality of the product. And in the long term, seemingly small issues can work their way up the supply chain and cause significant problems for your business and reputation.

That’s why even before the trade war, many companies began reshoring plastics manufacturing to domestic partners upon whose practices and processes they could rely. In some cases, to offset costs, these companies would keep their assembly plants offshore in order to take advantage of lower labor prices.

However, as the trade war with China shakes out, reshoring the manufacturing of plastic parts is something every business should consider for long-term financial health.

Jason Middleton is the VP of sales and development at plastics manufacturer Ray Products. Founded in 1949, Ray Products provides advanced thermoforming solutions to clients in a wide range of industries, including medical device manufacturing and transportation.