Movie fans and comic geeks will all have their opinion on the battle of the ages. But what does science have to say?

Any kid with a cursory understanding of Superman’s super powers expects that Superman could defeat Batman instantly. However, Batman v Superman hits theatres today, and the previews clearly show Batman holding his own against Superman. 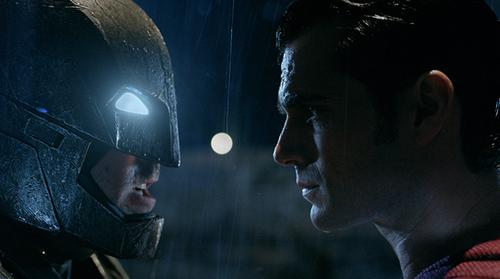 As an engineer, I’m a Batman fan at heart. I want to believe that the Caped Crusader will ultimately defeat that Kryptonian. So, let’s take a look at this matchup and use engineering technology, all available to Wayne Enterprises, to devise a plan of attack.

In the comics, within more recent renditions of Superman, Clark Kent has reduced in power. Important new weaknesses that Bruce Wayne can take advantage of are Superman’s need for solar power, and his gradual weakening to human strength when exposed to kryptonite.

Considering Batman’s precondition to nocturnal fighting, Superman will waste a lot of his solar energy (and thus strength) while fighting at night. After dodging enough of Superman’s attacks, Superman may be weakened enough that Batman can injure him.

And kryptonite would only speed this process.

The question then becomes: When will Superman’s denser-than-titanium skin be weak enough to be injured? Inversely: What is the highest force Batman’s equipment can take while digging into Superman’s skin? Because let’s face it: The Dark Night will need to take some heavy blows to eventually weaken The Man of Steel.

Batman’s gauntlet is razor sharp and tough enough to hold its own in a knife fight. Using its sharp points, with the batarangs sometimes attached to it, he can mortally slash his enemy.

To ensure my favorite superhero’s victory against The Last Son of Krypton, I wanted to find out what force the gauntlet could withstand, so I ran a SolidWorks Simulation. For material, I started with a treated and aged titanium alloy -- it’s one of the strongest materials provided in the SolidWorks library.

Finding the correct restraints proved the most difficult.

I needed the gauntlet to be rigid enough so the solver wouldn’t run unstable, but flexible enough to represent an imperfect human forearm. While deciding what made the most sense, I took advantage of Simulation’s quick computing times and comparison tools.

By keeping the mesh at coarse draft quality, I got results within seconds. By using “duplicate study” option and “compare results” from within SolidWorks Simulation, I easily compared the motion of the various restraint types. After running three or four tests, I felt more confident with my final design decisions, which would ultimately help defeat Superman.

I can smell The Bat’s victory already.