Assistive Objects Can Track Their Own Use 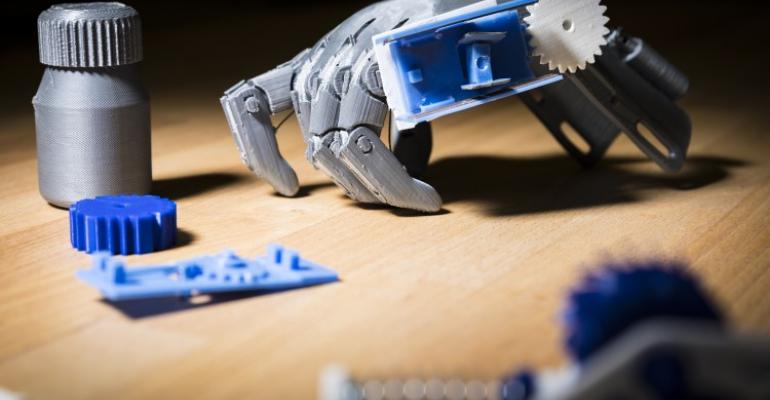 Prosthetics and smart-pill bottles can be more useful if they can track their use, which is what new technology out of the University of Washington allows them to do.

Researchers have developed 3D-printed objects that can actually track and store information about how they are used. This capability creates useful feedback for devices like prosthetics that are fabricated in this way.

A team at the University of Washington developed the devices without the need for batteries or electronics. Instead, they use what’s called backscatter to transmit information—technology that communicates using an antenna that the research team had previously developed.

Indeed, Jennifer Mankoff, a professor in UW’s Paul G. Allen School of Computer Science and Engineering, said researchers aimed to develop a 3D-printed device that could collect information without the need for an electronic circuit.

Because 3D printing allows practitioners to customize devices in a cost-effective way, it’s become a popular way to fabricate medical devices such as prosthetics, which typically function better when tailored to the user. However, to ensure that these devices are working optimally, feedback from the device would be useful to ensure that those using the devices are getting the most out of them, she said in a University of Washington press release.

“We’re interested in making accessible assistive technology with 3D printing, but we have no easy way to know how people are using it,” Mankoff said, outlining the problem researchers aimed to solve with their work.

Other assistive technology that can be developed using 3D printing is a “smart” pill bottle that can remind patients to take daily medications. Like simple prosthetics, though, these devices don’t usually have electronic parts, which is why using backscatter to communicate information is key, researchers said.

To pave the way for the latest devices, researchers first 3D-printed objects that can connect to WiFi using backscatter. They then tackled how the devices can monitor bi-directional motion, adding antennas to previous use of just a gear to do the trick, said Vikram Iyer, a doctoral student in the UW Department of Electrical & Computer Engineering.

“This time, we have two antennas, one on top and one on bottom, that can be contacted by a switch attached to a gear,” he explained. “So opening a pill bottle cap moves the gear in one direction, which pushes the switch to contact one of the two antennas. And then closing the pill bottle cap turns the gear in the opposite direction, and the switch hits the other antenna.”

Researchers also used a specific sequencing in the gear’s teeth to decode which direction the cap was moving, given that both antennas are identical, they said. They also applied this method to monitor how people use a prosthetic mechanical hand designed to help children grasp objects, called e-NABLE.

The initial work of the team was to develop prototypes to demonstrate what’s possible for these types of 3D-printed objects, Mankoff said. The next step for researchers is to take their concepts and scale down their proportions so that they can be embedded in real pill bottles, prosthetics, and other devices, she said.

“This system will give us a higher-fidelity picture of what is going on,” she said. “For example, right now, we don’t have a way of tracking if and how people are using e-NABLE hands. Ultimately, what I’d like to do with these data is predict whether or not people are going to abandon a device based on how they’re using it.”