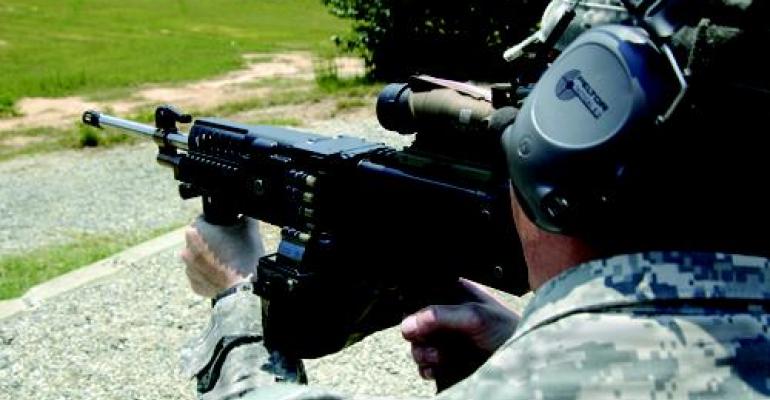 The Light Machine Gun, or LMG, was built by Textron Systems, who used the same plastics, aluminum, and steel currently used on weapon systems to design it, Brandon Recchia, a Textron project engineer, said in an email. The weight reduction came from analyzing each component and changing some components that are typically built in steel to aluminum, and some built in aluminum to plastic.

Compared to the gun currently used, the M249 SAW, the LMG is 21.5 pounds, or 41 percent, lighter in weight and also has a 12 percent reduction in ammunition volume. It was recently tested at Fort Benning, Ga., and 15 of 19 soldiers said they preferred it to the M249 SAW, according to the Army. 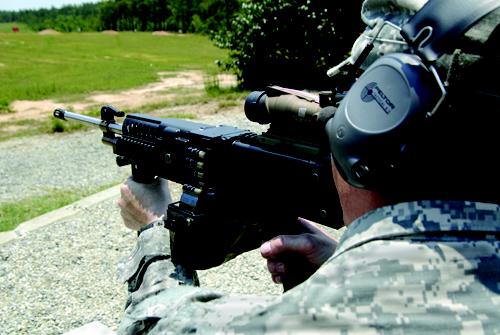 Textron performed extensive modeling and analysis of the weapon's individual components to come up with the new design. It built a full ADAMS kinematic model with MSC Software "to look at possible mechanism flaws, as well as the predicted loads that each component would endure during the weapon cycling," Recchia said. Engineers then fed that information back into the design of the component geometry. To create ballistic components to handle the difference in pressure on rounds being fired between the LMG's ammunition and conventional brass-cased ammunition, Textron engineers used ANSYS Finite Element Analysis.

The LMG is part of the Army's Lightweight Small Arms Technologies (LSAT) program at the Armament Research, Development, and Engineering Center at Picatinny Arsenal.

In addition to approving of its lighter weight, soldiers who tested the LMG said the new design also allowed them to zero the LMG more quickly than its heavier counterpart. Since no two weapons are the same, to zero a weapon means to customize it for a more accurate shot.

The Army has been working on a number of projects to design and develop standard gear out of lighter-weight materials to lessen the load soldiers carry in the field. Other efforts underway include the development of an ammunition backpack to help reduce the weight of munitions on the battlefield, as well as the creation of lighter-weight batteries and an integrated, wearable power supply.