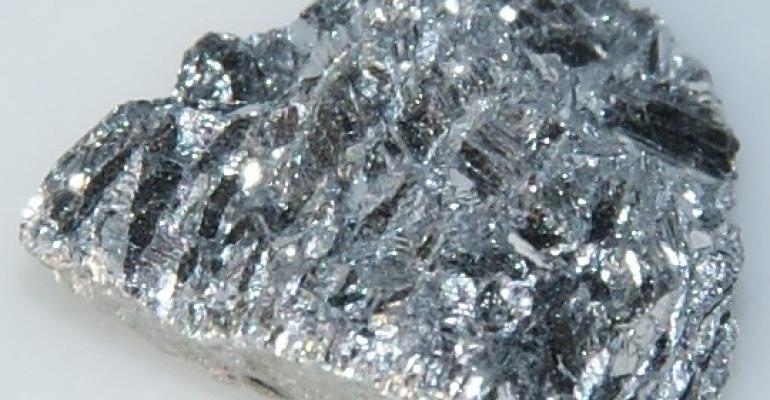 A 2D version of the semi-metal shows promise in allowing future chips to have more transistors but in smaller form factors.

With processors getting smaller and smaller while requiring more processing power, silicon is reaching the limits of its ability to meet the needs of future chips.

Consequently, researchers have been searching for new materials that can replace silicon while still packing a lot of processing power into a tiny punch. Assistant professor Yuanyue Liu and a research team at The University of Texas at Austin (UT) Cockrell School of Engineering have found a solution in an existing semi-metal: antimony.

The team, which also includes UT postdoctoral fellow Long Cheng and graduate student Chenmu Zhang, published a paper on their work in the Journal of the American Chemical Society.

Liu, an assistant professor of mechanical engineering, said, in its 2D form, antimony shows promise as a semiconducting material for smaller chips. For one, antimony is only a couple of atomic layers thick while still having a high charge mobility, or speed with which a charge moves through the material when being pulled by an electric field. 2D antimony also has a significantly higher charge mobility than silicon, said Liu. This gives it strong potential as a building block for next-generation processors.

Antimony has already proven its worth in electronics for some semiconductor devices, such as infrared detectors. The UT researchers believe this use can be extended to future devices as well.

So far 2D antimony’s semiconducting potential has only been proven through theoretical computation. The team’s next step is to test the properties of the material with physical antimony samples.

The team’s work has broader implications; since researchers have seen antimony's viability as a semiconductor for future devices, they also know why the material carries charge so quickly. “We have uncovered the physical origins of why antimony has a high mobility,” Liu said in a press statement.  “These findings could be used to potentially discover even better materials.”