HomeMaterialsAluminum Armor Plate Good Enough for Humvees
Recent
Materials
Using Low-Code/No-Code Systems for Manufacturing Quality
May 19, 2022
Los Angeles Fire Department Deploys Nation’s First Electric Fire Truck
May 19, 2022
Supplier News Looks at an Automated Coolant Management System
May 19, 2022
Is Magneto the Hero We Need to Destroy Blood Clots?
May 19, 2022
POLL
Using AI To Help the Deaf Communicate
May 19, 2022
Argo AI Expands Driverless Operation to Austin and Miami in Search of More Challenges
May 18, 2022
12 Ideas that Could Change the World
May 18, 2022
Making the AC Power Main Intelligent
May 18, 2022 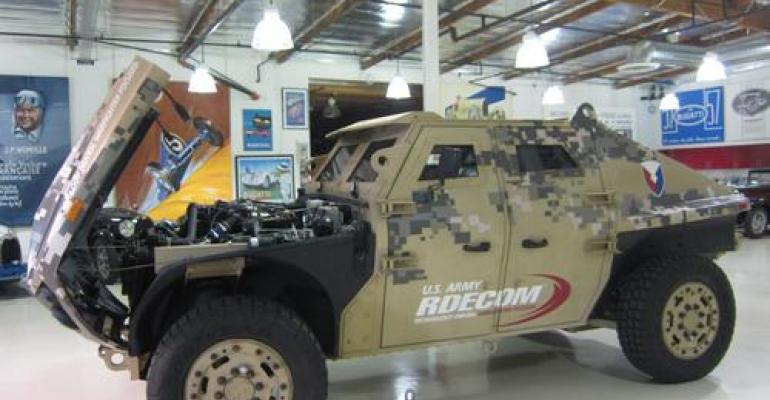 The US Army Research Lab has specified Alcoa's latest armor material for use on US military vehicles. After testing Alcoa's ArmX 5456-H151 armor plate on the Army's Fuel Efficient Ground Vehicle Demonstrator (FED) vehicle, the lab found that it is stronger than baseline weldable armor plate and has better blast and ballistic performance.

Alcoa's aluminum and armor products have been used in military vehicles for decades, including Humvees and the Bradley Fighting Vehicle. The ArmX brand of weldable aluminum alloy armor plate was developed originally for aerospace applications, and is known for strength and toughness in both plate and forgings. The materials are based on the proprietary 7085 alloy. Their thermal and forging properties are tailored to survive blasts better and to weigh a lot less than steel armor made for similar levels of blast-threat survivability. The new material was found to be 20 percent stronger than the baseline 5083-H131 alloy plate material, said Mark Vrablec, Alcoa's president of global aerospace, transportation, and industrial rolled products, in a press release. 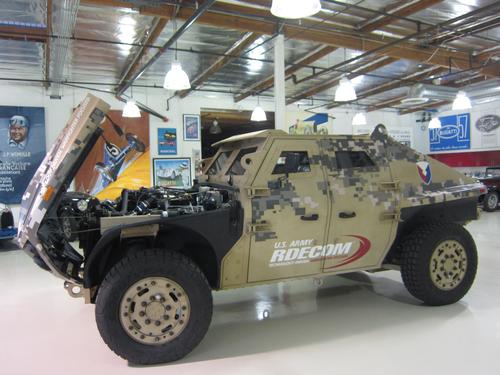 ArmX 5456-H151 armor panels come in forgings of a wide range of sizes and geometries and in thicknesses ranging from 0.5 to 4 inches. The panels can be used in applications such as land vehicle hatches and doors, turrets, armor underbody blast shields, wheel coverings, and roof or side panel window frames. They are also being used in naval marine applications such as lightweight blast protection panels for command centers and other personnel enclosures.

The new material was tested on the Alpha version of the Army's FED vehicle. Alcoa helped develop this prototype vehicle for demonstrating lightweight, fuel-efficient technologies that are also durable enough to protect military vehicles and to ensure the safety of troops traveling in them. The vehicle's lightweight structure cuts fuel consumption by 6 to 7 percent and reduces its weight by as much as 10 percent compared to a similar-sized vehicle made from steel. That may not seem like a big improvement in fuel consumption, but the FED weighs 15,000 lbs. and only gets 7 mpg. Yet it can zoom along at speeds of up to 75 mph.

The vehicle is housed along with the other model, FED Bravo, at the Army's Tank Automotive Research, Development, and Engineering Center (TARDEC). Both were designed to perform similar tasks as a Humvee, but they can do so with 70 percent better fuel efficiency.

The Alpha version has an armored cab made of Alcoa's lightweight aluminum alloys, including an underbody blast shield, as well as low-drag aluminum brake calipers. It's also equipped with Goodyear low-rolling-resistance tires to decrease wasted energy created as heat between the road and the tire, and body panels made from carbon-fiber-reinforced composites to help lighten it up and also maintain rigidity.