HomeMaterialsAircraft Materials' Battle Heats up
Recent
Materials
Using AI To Help the Deaf Communicate
May 19, 2022
Argo AI Expands Driverless Operation to Austin and Miami in Search of More Challenges
May 18, 2022
12 Ideas that Could Change the World
May 18, 2022
Making the AC Power Main Intelligent
May 18, 2022
POLL
How to Make Sure Your Digital Transformation Doesn’t Fail
May 18, 2022
The Internet's Grooviest Slideshow of Legendary International Scouts
May 17, 2022
Electronics Industry Bolsters Root of Trust Security Efforts
May 17, 2022
3 Tips for Embedded Software Configuration Management
May 17, 2022 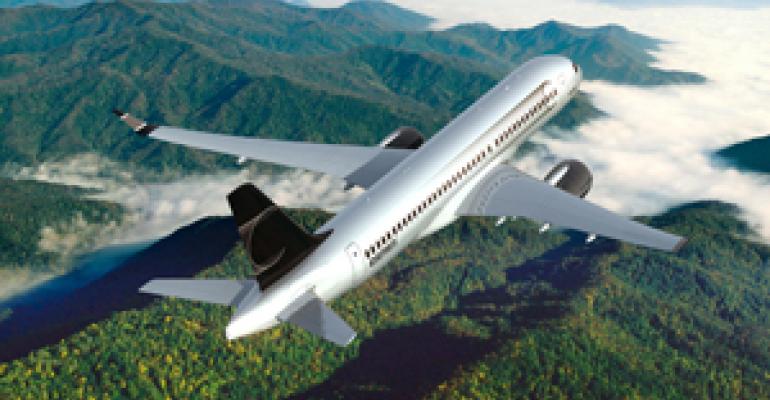 Metals producers are fighting hard to regain market share in the aircraft business following the success of carbon-reinforced composites in the Boeing 787 Dreamliner.

Alcan, a unit of Rio Tinto, rolled out the new alloy at the Farnsborough Air Show in England, where Boeing also flew the Dreamliner across the Atlantic Ocean for the first time.

Alcan Global ATI and Bombardier, a large aircraft manufacturer based in Quebec, have entered into a long-term agreement for the exclusive supply of AIRWARE to provide primary structure for the new CSeries aircraft. AIRWARE will comprise more than 20 percent of all materials used in the CSeries, which is now in the Detailed Design Phase (DDP).

Bombardier has begun releasing design datasets (drawings) to fabrication and production for the first ground and flight test aircraft. The aircraft is expected to commercially debut in 2013.

The aluminum-lithium fuselage test barrel was built in China and has already successfully completed 60,000 fatigue cycles. The production fuselage for the CSeries will be built in Shenyang, China by Shenyang Aircraft Corp. (SAC), a subsidiary of the state-owned China Aviation Industry Corp. (AVIC).

Bombardier says the CSeries is the only modern aircraft specifically designed for the 100- to 149-seat market segment, and is already racking up significant orders.

Since the CSeries aircraft program was announced in 2008, Bombardier has received orders from Deutsche Lufthansa, Lease Corp. International and Republic Airways for a total of 33 CS100 and 57 CS300 aircraft. Options have been placed on a total of 90 additional CSeries aircraft.

Thanks to the use of the new-age aluminum, the pitch for the CSeries sounds a lot like the pitch for the Dreamliner: The aircraft will emit 20 percent less carbon dioxide and 50 percent less nitrogen oxide, fly four times quieter, and deliver significant energy savings - 20-percent fuel burn advantage, as well as 15-percent improved cash operating costs versus current in-production aircraft of similar size.

AIRWARE may have one significant advantage over carbon composites: recyclability of manufacturing waste.

According to Alcan, material removed during machining can be "infinitely" recycled into new aircraft parts, as can all components when an aircraft reaches the end of its commercial life. Boeing says it is working to develop commercial recycling processes for its composite waste, both for economic and environmental reasons.

Aluminum is not the only metal technology in greater play for aircraft applications.

The titanium alloy's elements produce a material that can be hot or cold rolled and annealed to produce sheet with strength comparable to conventional pack-rolled titanium 6-4 sheet, but with improved formability due to higher room-temperature ductility.

A new magnesium technology also has promise. Sheet made in a liquid-forming process is said to provide 200 percent higher strength and improved toughness compared to conventional magnesium, while also providing the strength of carbon steel sheet at one-fourth the weight.

Alcoa is developing new aluminum fasteners which have played a major role in the Dreamliner assembly, and is working on advanced hybrid structures at its technical center near Pittsburgh. Since Boeing launched the 787, Alcoa has developed three generations of aluminum lithium alloys.

"A few years ago, the industry consensus was that composites were the default material of choice," says Dan Goodman, director of marketing, Alcoa Aerospace. "That is no longer the case - particularly for narrow body aircraft. At a substantially reduced risk, proprietary aluminum alloys and new aluminum-lithium alloys offer improvements in weight savings and enhanced strength at a lower cost."

Alcoa and Commercial Aircraft Corp. of China are jointly exploring advanced aluminum structural concepts, designs and alloys to create a 190-seat aircraft, the C919. The aircraft will be assembled in Shanghai, but will source parts and components globally.

"The C919 will be the largest passenger jet to be produced in China," says Wu Guanghui, chief designer of the C919 program "Our goal is to design an efficient, high-performance structure that will compete in the global aerospace market." The C919 is expected to take its first flight in 2014 and enter service in 2016.

One of the outcomes of stress test issues with the composite wing on the Dreamliner was a decision by Mitsubishi Aircraft Corp. to switch from a composite to an aluminum wing on its the MRJ-21 regional jet. After weeks of delays and new design development, Boeing cleared the Dreamliner for flight.

Aluminum proponents such as Goodman also point to Lockheed Martin's choice of aluminum-lithium on the primary structures of the Orion spacecraft.