HomeMaterialsAI Can Predict How a Material Will Behave Before It's Made
Recent
Materials
Consumer Reports 10 Least Reliable Cars for 2021
Dec 01, 2021
Introduction to Docker for Embedded Software Developers
Dec 01, 2021
Sponsored Content
Data as a Critical Raw Material
Researchers Use AI and Stimulation to Strengthen the Brain
Nov 30, 2021
POLL
Carbon-Fiber Composites on a Roll in Auto Wheels
Nov 30, 2021
Our First Drive in the Lucid Air EV
Nov 30, 2021
How to Build a Better Industrial Automation System Using PLCs
Nov 30, 2021
Getting Started with Cpputest for Embedded Applications
Nov 30, 2021

AI Can Predict How a Material Will Behave Before It's Made 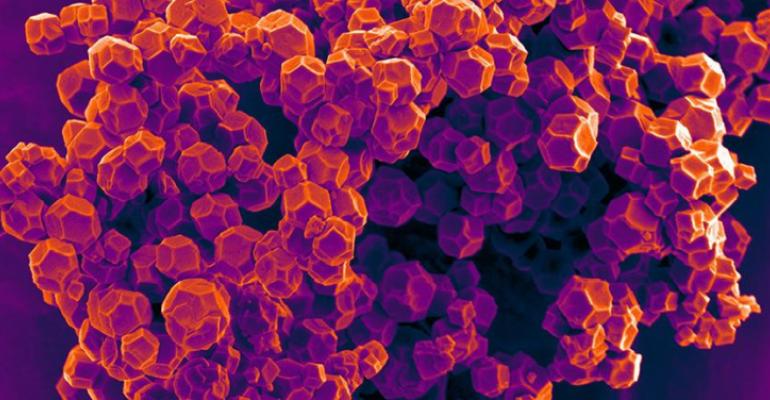 Researchers have leveraged machine learning to predict how certain materials will act before they are synthesized – saving time and resources when developing materials for next-generation applications.

When developing new materials, it’s always helpful to know how they will perform ahead of time to gauge their utility for various applications, as well as to avoid wasting precious time and resources. Now, a team of engineers at the University of Cambridge, has applied machine learning to assist with predicting the properties of materials before they are synthesized.

The researchers, led by Professor David Fairen-Jimenez of Cambridge’s Department of Chemical Engineering and Biotechnology, applied their research specifically to metal-organic frameworks (MOFs), compounds that scientist believe hold great promise for future applications because of their range of uses—from extracting water from air in the desert, to storing dangerous gases, to even powering hydrogen-powered cars.

Using a custom machine learning algorithm, Fairen-Jimenez and his team were able to predict the characteristics of more than 3,000 existing MOFs, as well as ones that have yet to be created in a lab. By applying this method, researchers can analyze both existing and non-synthesized MOFs to ensure that only those with the necessary mechanical stability are manufactured.

The Cambridge team's machine learning algorithm, which was developed in conjunction with with scientists from the United States and Belgium, predicts the mechanical properties of MOFs using a multi-level computational approach in order to build an interactive map of the structural and mechanical landscape of MOFs.

“We are now able to explain the landscape for all the materials at the same time,” Fairen-Jimenez said. “This way, we can predict what the best material would be for a given task.”

The team published a paper reporting their work in the journal Matter.

MOFs are self-assembling 3D compounds comprised of connected metallic and organic atoms. They are similar to plastics in that they are versatile and can be customized into countless different combinations to form different materials for different uses.

Structurally, however, they are completely different from plastics. MOFs feature an orderly crystalline structure that grows in all directions, while plastics are based on long chains of polymers that grow in only one direction.

This structure gives MOFs an advantage over plastics. For one, individual atoms or molecules can be switched in or out of it so they can be made like building blocks. MOFs also have a massive surface area—an MOF the size of a sugar cube laid flat would cover an area the size of six football fields, for example.

Additionally, the porous nature of these materials allows them to be customized as storage pockets for different molecules just by changing building blocks, adding to their versatility, the researchers said.

Fairen-Jimenez’s team set out to solve a challenge to synthesizing MOFs in powder form, which is the typical way scientists develop the materials. However, that powder has to be put under pressure to form larger-shaped pellets for the materials to be of any use, which, due to the MOFs’ porosity, causes many of them to be crushed during this process—a waste of time and investment.

The Cambridge researchers have also launched an interactive website so other researchers can design and predict the performance of their own MOFs.

“It allows researchers to access the tools they need in order to work with these materials; it simplifies the questions they need to ask,” Fairen-Jimenez said of the site.