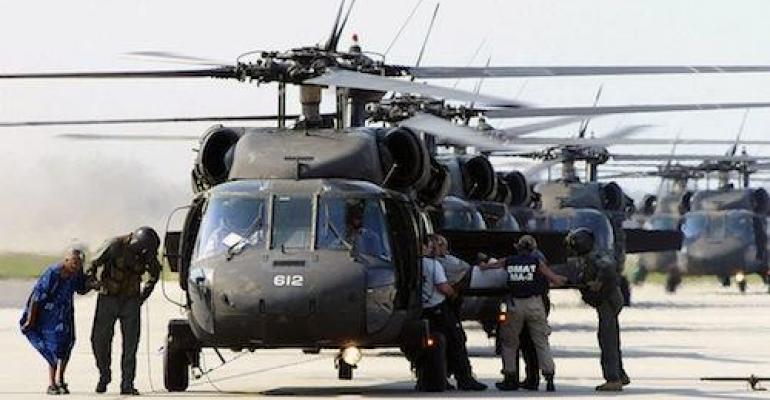 Is a wave of aerospace component manufacturers buying composite makers about to break? A pair of acquisitions in the past month, along with one earlier in the year, may portend a trend. Like some recent acquisitions in 3D printing, these mergers are achieving increases in scale, and therefore reach, that these companies couldn't achieve on their own. They also deliver synergy in producing better, more targeted materials for aerospace and military aircraft.

Kaman Aerospace Group announced the purchase in a corporate earnings release Webcast by its parent company, Kaman Corp. Gregory L. Steiner, president of Kaman Aerospace, said in the Webcast that his company was drawn to Vermont Composites' reputation for innovation and leading-edge technology. The acquisition accelerates Kaman's growth, further diversifies its platform positions, and enhances its position in higher-growth markets for composite structures, particularly the intelligence, surveillance, and reconnaissance sectors, he said.

Vermont Composites also has a number of strongly established relationships with prime manufacturers. Kaman Aerospace plans to leverage those relationships to help accelerate its growth in those markets, Steiner said. For instance, Kaman is a key supplier of prefabricated composite cockpits for Sikorsky's Black Hawk. Kaman produces aircraft bearings and components, metallic and composite aerostructures for fixed and rotary wing aircraft, components for missile and bomb systems, and subcontracted helicopter work.

Patrick J. Wheeler, chief executive officer of Vermont Composites, said in the Webcast that it was drawn to the merger to improve its overall growth.

"FMI adds significant technology in advanced carbon composites to our product portfolio and will aid in propelling continued growth in our Engineered Solutions segment," Craig Shular, GrafTech's chairman and CEO, said in a press release. GrafTech manufactures and provides high-quality synthetic and natural graphite- and carbon-based products, as well as technical and research and development services. Aerospace is one of the markets it serves.

In June, Vaupell Holdings acquired Russell Plastics Technology Company, a supplier of composite plastic products and assemblies that serves mostly the aerospace and military industries. The purchase added composite product design, compression and lay-up tooling, and manufacturing services to Vaupell's offerings. These include rapid prototyping, prototype and short-run machining and casting, domestic and offshore tool design and build, custom fixtures and gauges, injection molding, and contract manufacturing for small- and large-volume production. The purchase gave Vaupell, a portfolio company of H.I.G. Capital, more access to the rotorcraft and military markets.

The acquisition is a result of a focused initiative to pursue a strategic combination with a technical supplier of composite plastic products, Joe Jahn, Vaupell's CEO, said in a press release. "We see growing demand for lightweight, structurally tough composite parts in all of our market segments, especially in aerospace and defense."

Alexander Bozza, Russell's president, said in the press release that partnering with Vaupell and H.I.G. provided his company with more strategic, operational, marketing, and financial resources.