The ABCs of Multi-Layer Insulation for Spacecraft 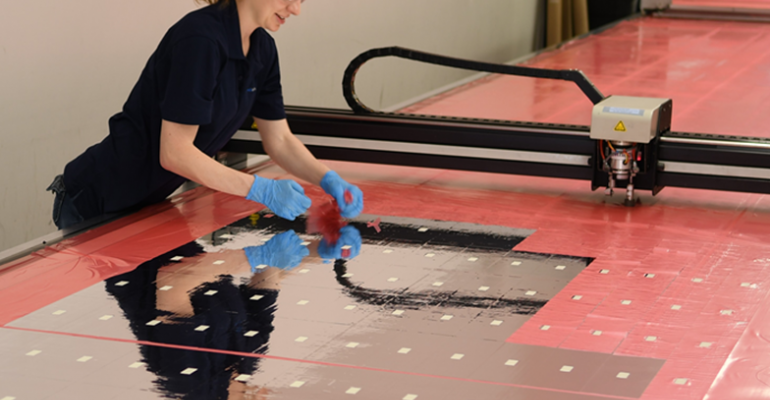 With increasing numbers of exploratory spacecraft and constellations of small satellites proliferating in the distant skies, demand is rising for multi-layer insulation (MLI) materials. The materials, which play a critical thermal management function, are visible as the shiny, reflective areas on the outside of satellites and other space-traveling vehicles.

Often called blankets, MLI components are a type of lightweight insulation that protects a vehicle’s occupants, electronics, and equipment from the damaging effects of radiated heat. While in orbit, space vehicles face an extremely challenging temperature environment. They can be exposed to direct or indirect sunlight at one moment and then plunged into total darkness the next. Temperature variations during a single orbit can range from lows of -450ºF to highs of 250ºF. In addition, a vehicle’s instrumentation and equipment can generate a considerable amount of heat that must be controlled.

In the vacuum of space, where there is significant exposure to thermal radiation but minimal conduction or convection, MLI blankets provide exceptional insulating properties. For example, a foot of standard insulating material on Earth might have an R value of 24 to 30. In comparison, MLI blankets in space have an insulating effectiveness equivalent to about R=10,000. They help manage a spacecraft’s thermal profile by protecting against extremes of heat and cold.

The Form and Function of MLI

MLI blankets consist of multiple layers of thin plastic film, coated on one or both sides with an aluminized reflective material. A typical blanket for space applications can have 10, 20, or more layers, with about ½-inch thickness overall. Between the layers is a nonwoven mesh material that separates reflective layers and prevents conduction between them. The amount of space between layers can be varied to improve blanket performance.

MLI blanket layers are stacked and sewn together at the edges or affixed by other means such as plastic pins. Metal grommets are placed at the corners to attach the blankets to space vehicles.

Engineers designing spacecraft thermal management systems can choose either active methods like heaters or passive ones such as metallic components or multi-layer insulation. Before making a decision, engineers will consider a method’s absorptive and emittance properties, its reliability and weight, and then assess the tradeoffs between cost and performance associated with each method.

Engineers often favor MLI blankets over other options because of their light weight, dependability, and superior thermal performance. They can be configured for different vehicle locations such as near engines and propulsion systems and to protect structural members, wire harnesses, and instrumentation.

Many spacecraft manufacturers maintain in-house MLI production operations, which are often surprisingly low-tech and labor-intensive. The operations generally involve making templates for MLI blankets using a vehicle or satellite mock-up. Nonwoven materials cover a wooden model built to resemble the space vehicle. Workers cut the materials by hand in the desired blanket shapes before employing an industrial-size scanner to scan the cut-outs and create blanket patterns. These patterns are then used as guides to manually cut the thin blanket films.

But more efficient approaches are gaining favor as the new space age ramps up and demands for MLI blankets surge with the needs of constellations. Increasingly, MLI blanket suppliers are computerizing and automating blanket design and production. Many employ software programs that can create complex geometries and irregular shapes, and automatically convert three-dimensional drawings to flat blanket patterns. This promotes greater accuracy in blanket design and faster production. There is also increased use of automated cutting machines that deliver greater accuracy than manual cutting and facilitate large-scale production.

The more computerized approach also simplifies making blanket changes and modifications. Telemetry data from orbiting space vehicles can supply temperature data instantly to engineers on the ground. The data can indicate whether the blankets on board are performing as intended. Engineers can then use software programs to calculate the effects of adding or removing a blanket layer. Adding a layer enhances a blanket’s insulating effectiveness, while removing one reduces overall weight. This flexibility allows spacecraft producers to optimize blanket performance for future iterations.

What Does the Future Hold for MLI?

The future is likely to see the introduction of more advanced, thinner MLI blanket materials. There will also be greater collaboration between spacecraft manufacturers, MLI designers, and suppliers in response to increased flight activity. Co-sourcing arrangements in which in-house blanket shops and MLI suppliers partner closely on many aspects of blanket design and production are bound to proliferate to maintain IP of the materials and processes. Blanket shops will also have the option of relying on MLI suppliers for labeling, packaging, kitting, and blanket-related inventory services.

As Web Industries’ Business Development Manager for Thermal Insulation, Lee Smith introduces leaders in the medical and space fields to the advantages of automated production for thermal insulation materials and how they can successfully co-source their MLI blankets. Smith’s industry experience with cryogenic materials includes tenure as program manager for a NASA SBIR stage I & II. The mission addressed the development of a film/fabric laminate which could be fabricated into balloons used as a platform for automated sensing on the Saturn moon, Titan. Titan is covered with a sea of methane which has a temperature of minus 179 C and is considered a perfect lab for observing a primordial Earth. He holds a Bachelor of Arts in Chemistry from Rutgers University. He can be reached at: [email protected]