HomeMaterials3M & Gossamer Debut World's Largest LAT Solar Collector
Recent
Materials
Q&A With IndyCar Gearbox Expert Anna Chatten
May 13, 2022
Intel Unveils Trust Authority to Boost Security
May 13, 2022
Supplier News Looks at Highly Customizable Industrial Monitors
May 12, 2022
Here Technologies Maps are Key to Mercedes Level 3 Automation
May 12, 2022
POLL
'We Built the Domino's Pizza Tracker for Manufacturing'
May 12, 2022
Break Your Bubble Gum Habit by Watching Its Production
May 12, 2022
This Patch Monitors All Your Vitals, Including Blood Pressure
May 12, 2022
First E-Skin to Anticipate, Perceive Touch from All Directions
May 12, 2022 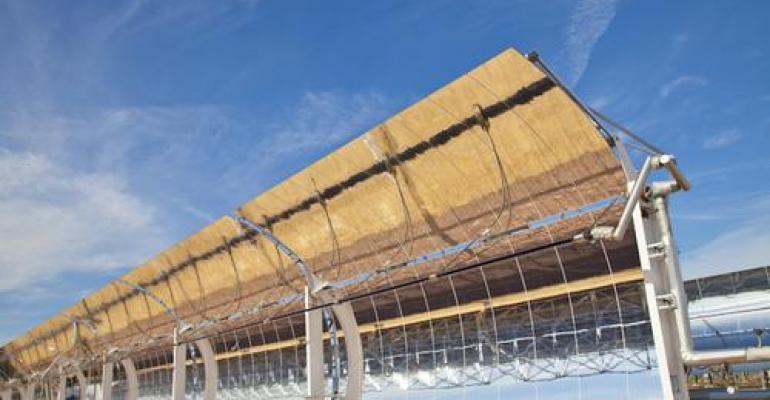 3M's Renewable Energy Division and Gossamer Space Frames have unveiled what they claim is the world's largest aperture parabolic trough solar collector. Called the Large Aperture Trough (LAT) 73, it has an aperture size of 7.3m, and a concentration factor of more than 100x, which the companies say are world benchmarks.

3M and Gossamer designed the LAT 73 to cut the equipment and installation costs of concentrated solar power (CSP) systems. The demonstration system is fully operational, and has been installed at the Sunray Energy facility in Daggett, Calif., which is owned by Cogentrix Energy. This facility is the longest operating CSP facility in the US. The demonstration CSP solar collector system reduces the installed cost of a parabolic trough solar field by more than 25 percent. 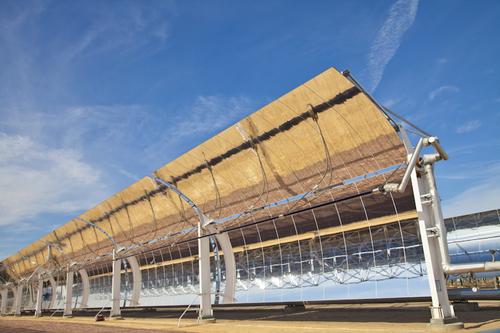 The new CSP collector system has been operating since October of last year. At peak output, it provides about 275kw of electricity to the total output of the Sunray Energy facility, which is contracted to Southern California Edison. The collector system utilizes the durability, design flexibility, and high reflectivity of 3M Solar Mirror Film 1100 reflector panels.

The highly accurate, large aperture collector design of the LAT 73 is enabled by a combination of the film's superior optical performance and light weight. The National Renewable Energy Laboratory (NREL) has verified the system's performance, measuring it at an optical accuracy of greater than 99 percent, according to 3M.