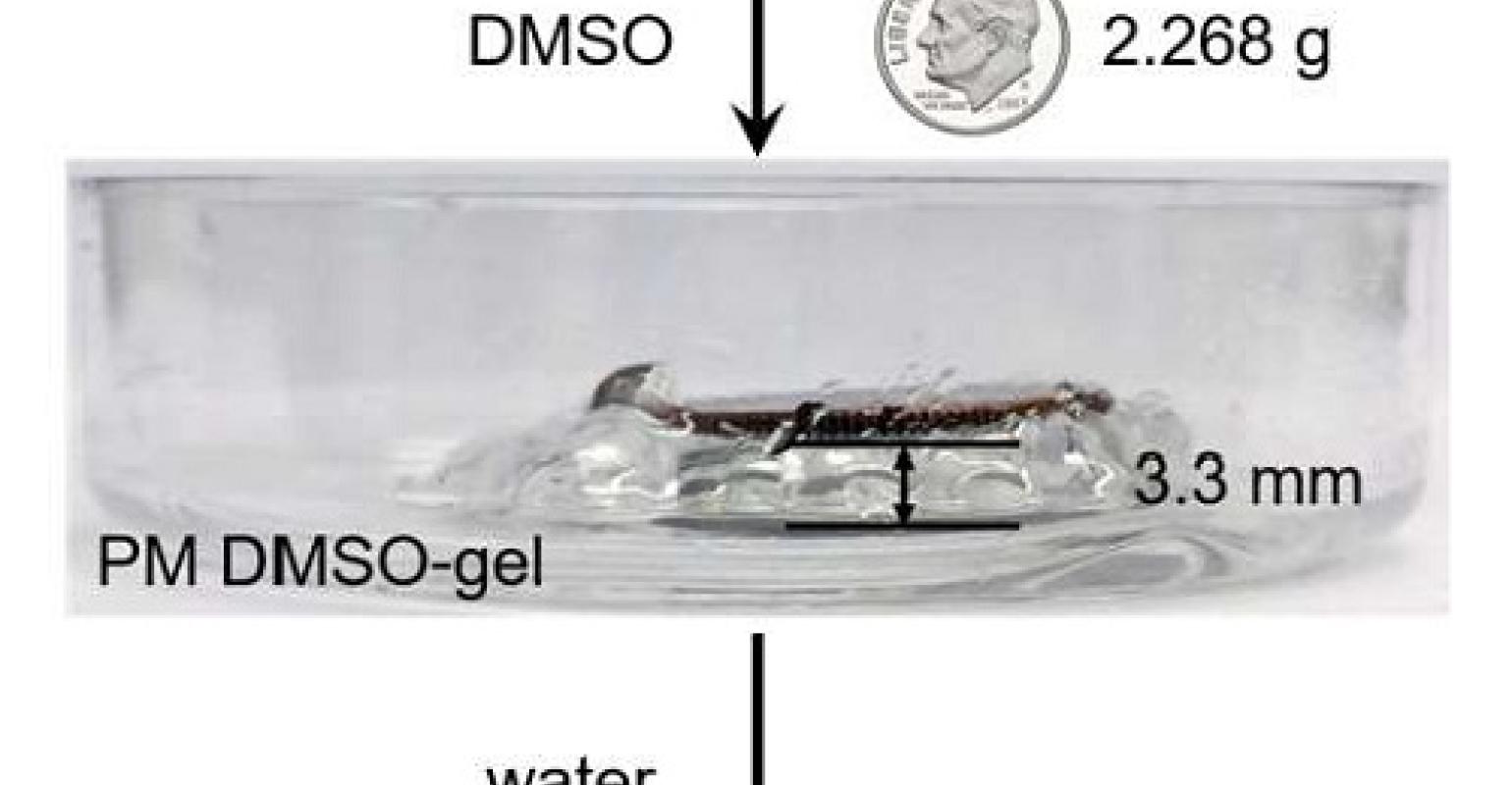 Researchers have found a way to harness the power of nanomachines to work on a human scale, paving ways for potential breakthroughs in smart materials and devices.

Nanotechnology is revolutionizing a number of engineering fields, including the design of new medical devices, batteries, and other technology. Now researchers have found a way to harness the power of nanomachines to work on a human scale, paving ways for potential breakthroughs in smart materials and devices.

Using advanced 3D printing, researchers at Dartmouth College have found a way to transform nanomachines—tiny molecules that can move when they receive an external stimulus—into materials that perform work at human-scale.

While these machines already can be used to deliver medication in the human body and serve as computer memories at the macroscopic level, they haven’t been able to do much physical work—until now, said Qianming Lin, a graduate student in the Department of Chemistry at Dartmouth College and lead author on a paper about the work in the journal Angewandte Chemie.

“Our work has used nano-sized building blocks to design a smart material that can perform work at a macroscopic scale, or named human scale which is visible to the eye,” he explained. “In our research, a 3D-printed lattice cube made of this smart material lifted a small coin 1.6 millimeters.”

While he acknowledged that this might seem like very little progress in terms of the physical capabilities of our day-to-day world, the work actually represents “a big step forward in the effort to get nanomachines doing macro work,” Lin said. That’s because harnessing the mechanical work of nanomachines to date has been very challenging, he noted.

“When billions of these tiny machines are randomly oriented, the motions will cancel each other out, producing no useful work at a macroscale,” Lin explained. “In order to harness these molecular motions, scientists have to think about controlling their three-dimensional arrangement as well as synchronizing their motions.”

Indeed, it was a 3D printing technique pioneered at Dartmouth's Ke Functional Materials Group—led by Chenfeng Ke, assistant professor for chemistry at the university and lead on the research—that enabled the team’s breakthrough.

Researchers designed and synthesized gels based on mechanically interlocked molecules (MIMs) with properties that made them well-suited for 3D printing. They then used the hydrogen bonding interactions between nanorings to successfully printed lattice-like 3D structures that—when their axles were crosslinked—showed optimal structural integrity and mechanical stability, researchers said.

The team discovered that they can reversibly deform and reform the 3D architecture of these structures using solvent exchange that switches the threaded ring structure between random shuttling and stationary states at the molecular level, Lin said. They also easily can repeat this shape-changing and recovery behavior many times.

Researchers hope this work can be further evolved for the creation of life-sized machines that can perform tasks that humans can do, he said.

“We hope this advance will enable scientists to develop further smart materials and devices—not only because the 3D printability is integrated to nanomachines, but also because 3D printing can further turn nanomachines into life-size, which is a big step for the molecular machines area,” he said.

Using the method they created, for example, researchers can turn these molecular machines into soft robots that can perform complicated tasks similar to what a human hand can do, Lin said.