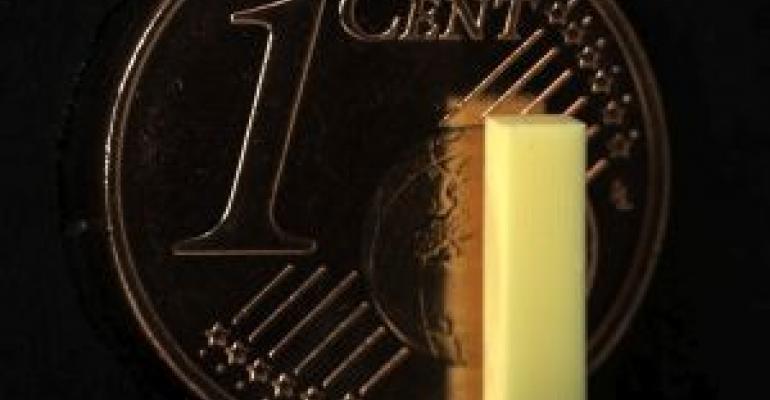 3D printing has come a long way in the last 10 years, but one area that still in development is rapid and precision printing for objects on the micrometer scale.

To advance this aspect of the field, researchers at Karlsruhe Institute of Technology (KIT) in Germany have developed a new system that they said can facilitate the rapid production of highly precise, centimeter-sized objects with submicrometer details in a speed that breaks the current world record.

The team developed a system for what’s called two-photon printing, in which a beam of a laser passes a liquid photoresist in a computer-controlled manner. In the process, only the material located in the focus of the laser is exposed and hardened.

Historically people have considered this type of printing slow because it only scans a single laser spot, but the team has managed to dispel that myth by tweaking the process and technology, KIT researcher Vincent Hahn, who worked on the project, told Design News. “In terms of voxels printed per second, two-photon printing is extremely very fast, also when compared to projection-based methods.”

Usually this type of printing can print several hundred thousands of voxels per second using a single laser light spot. Still, this speed is nearly a hundred times slower than graphical inkjet printers, which has prevented the technology’s widespread use.

While some scientists have tried to “parallelize” the laser-spot process so it can scan more than one spot to make the process faster and more efficient, so far these techniques have actually slowed the printing rate in voxels per second than in the one-spot method, Hahn told us.

Working with scientists at Queensland University of Technology (QUT) in Brisbane, Australia, the KIT team has now developed a new system that leverages special optics to divide a laser beam into nine partial beams that each have a focal point.

The resulting set-up allows all the partial beams to work together and, paired with other technical improvements, the beams can work more precisely and rapidly than ever for this type of 3D printing process, Hahn said.

“The challenge has been resolved by building a highly optimized setup where one can print with multiple laser spots and retain a very high laser scan speed,” he explained. “In constructing the setup, it is highly important to not lose too much laser power along the optical train.”

Researchers also water-cool the laser scanners in the printer as well as control them using field-programmable gate array technology to optimize their performance.

The team reached 3D-printing speeds of about 10 million voxels per second with their technology, performance that is now on-par with graphical inkjet printers, they said. Researchers published a paper on their work in the journal Advanced Functional Materials.

To demonstrate not only the speed, but also the reliability of their technology, the team printed a lattice structure of 60 cubic millimeters in size with details down to the micrometer scale. The object contains more than 300 billion voxels.

Researchers plan to continue their work  to improve the technology, with an aim to add even more focal points to the laser-printing process.