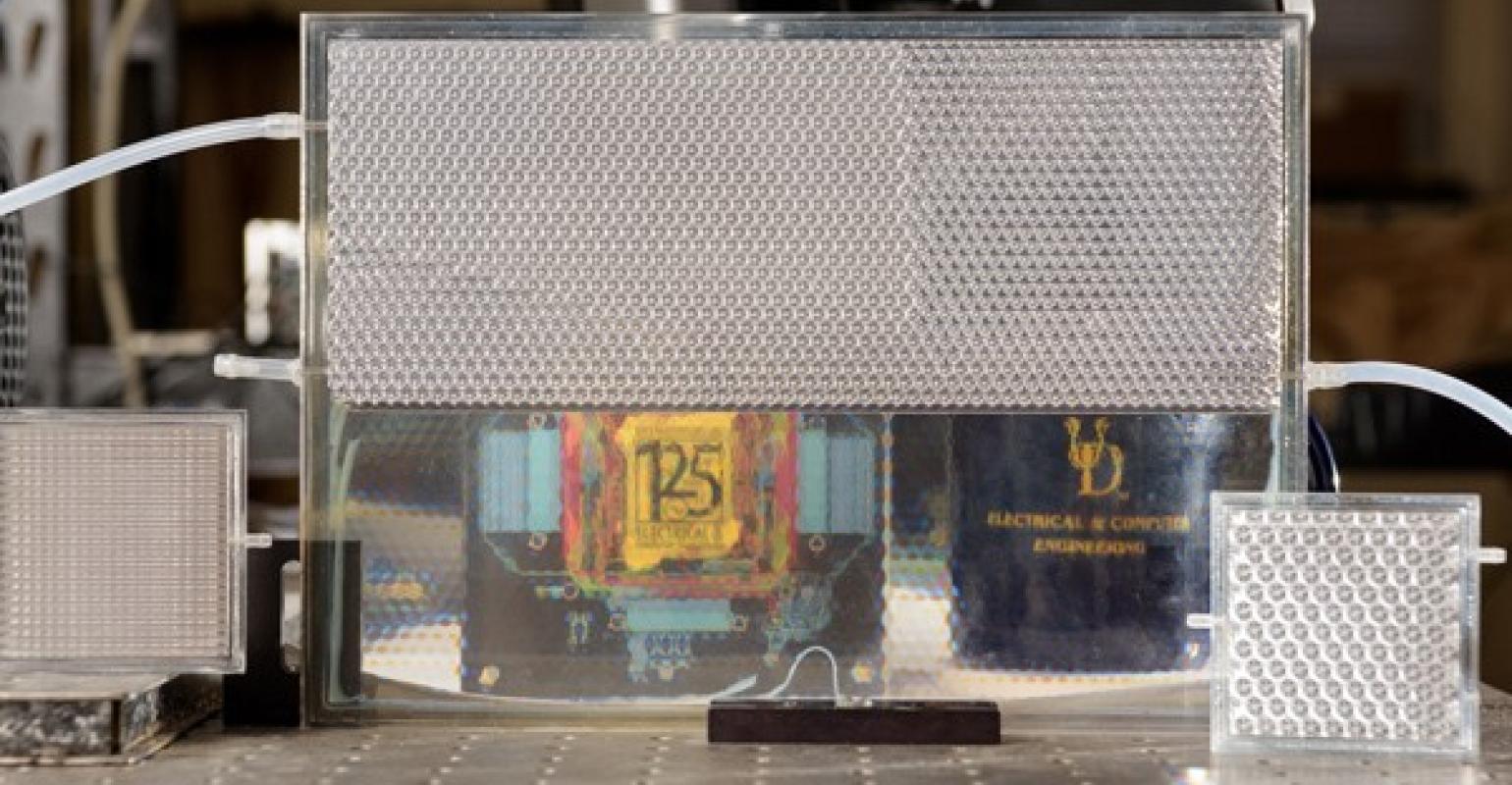 A university team has invented 3D-printed “smart” glass that can cheaply and efficiently block out light or let it in to absorb or reflect heat when needed.

Researchers are devising myriad new ways to make building construction more eco-friendly and buildings themselves more energy-efficient. Engineers at the University of Delaware recently contributed to this effort by inventing new “smart” glass that can automatically reflect or absorb light when needed to help moderate temperature.

A team led by Keith Goossen, associate professor of electrical and computer engineering, developed panels—fabricated using 3D printing--that can switch between allowing sunlight it and blocking it out.

The team aims for the panels to be used in eco-friendly windows, windshields, roof panes, and in building envelopes to create buildings that have the ability to maintain more energy efficiency, he said. “By varying the solar reflectivity of a building envelope, reflecting sunlight when it is desired that the building be cooler, and absorbing when desired that it be hotter, the internal heating and cooling costs are lowered significantly,” Goossen told Design News.

While his team is not the first to develop a material for similar use with similar properties, there are two key differences in what Goossen’s team has developed and previous smart-glass designs.

One is that it’s significantly less expensive that what’s already available—about one-tenth the price, researchers said. The other is that it has both more transparency and more reflective capabilities in each of these states that other smart glass currently available.

The Glass Is Fluid Between Sheets of Plastic

Key to the design of the smart glass—which actually isn’t made from glass at all-- is a fluid, methyl salicylate, that sits in a chamber between two sheets of plastic. The plastic contains tiny cube-shaped structures that make the material retro-reflective. Retro-reflective means that the material bounces light back to its source, the same principle as a bike reflector.

Methyl salicylate has optical properties that are the same as those of the retro-reflective plastic. When combined, the light can pass through, and the system becomes transparent, a phenomenon called refractive index matching. “When the cavity between the panes is filled with a fluid whose optical properties match that of the panes, the facet reflectivity goes away and the panel becomes transparent,” Goossen explained.

Switches from Clear to Reflective Without Degrading

In tests published in a paper last year in the journal Optics Express, the smart-glass system designed by the team demonstrated an ability to switch from transparent to reflective a thousand times without degrading.

After the publication of that paper, Goossen improved the design even further, replacing the cubes in the plastic with a reliance solely on the total internal reflection of one-dimensional structures layered perpendicularly. This rendered the glass highly reflective at up to a 60-degree angle of incidence, he said. “It performed better than we thought it would based on our theoretical understanding,” Goossen said.

Other Applications and Mass-Production Eyed

In addition to its use in more energy-efficient construction, variable transparency privacy panels and use in automotive manufacturing also are potential applications for the smart glass, he said.

An aspect of the design that’s helpful to making it cost-effective is that Goossen used 3D printing to make the prototypes. “We fabricated our prototypes using a 3D printer and the material Veroclear,” said Groossen. The fabrication technique can translate into a mass-production process that allows for high volume at a low cost using injection molding, Goossen said. Researchers currently are working on transferring their lab fabrication process to this high-volume one, he added.

Elizabeth Montalbano is a freelance writer who has written about technology and culture for more than 15 years. She has lived and worked as a professional journalist in Phoenix, San Francisco and New York City. In her free time, she enjoys surfing, traveling, music, yoga, and cooking. She currently resides in a village on the southwest coast of Portugal.