HomeMaterials3D-Printed, High-Performance Polymer Could Be Used in Space
Recent
Materials
3D Print a Doll of Yourself and Other Strange Objects
Dec 06, 2021
The Top Generative Design Companies You Need to Know
Dec 06, 2021
Industry 5.0 Is Coming. Here’s Why You Should Care
Dec 06, 2021
What the Omicron Variant Could Mean for the Medical Device Industry
Dec 06, 2021
POLL
How to Build a Better Food & Beverage System with Non-Corrosive Bearings
Dec 06, 2021
Additive Manufacturing Partnership Seeks to Bring CFRPs into Mass Production
Dec 06, 2021
Sponsored Content
Data as a Critical Raw Material
Design News Names 2021 Best Engineered Vehicle of the Year
Dec 06, 2021

3D-Printed, High-Performance Polymer Could Be Used in Space 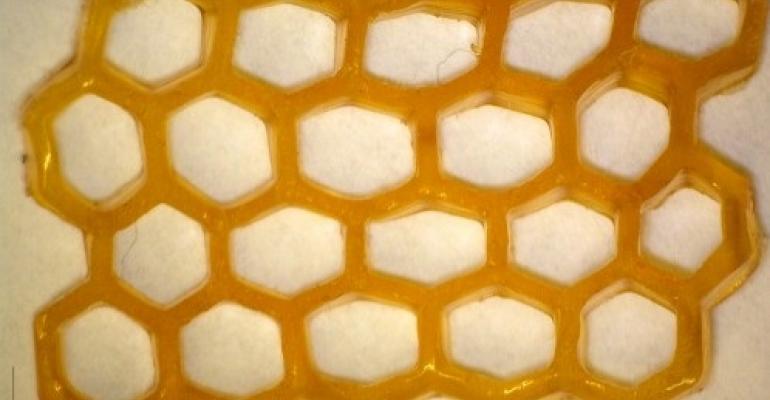 Researchers have developed a novel way to 3D print the type of high-performance polymers that can withstand high temperatures for use in aerospace and other applications.

Researchers have developed a novel way to 3D print the type of high-performance polymer materials that can withstand high temperatures for use in aerospace and numerous other applications.

A team from Virginia Tech has successfully 3D printed Kapton—an aromatic polymer composed of carbons and hydrogens that typically insulates space craft and satellites from extreme heat and cold. Previously, the material—one of a class called polyimides—could only be made in sheets.

“We believe that this is the most thermally stable polymer ever printed using SLA,” Timothy Long, a professor with the Virginia Tech Department of Chemistry, told Design News in an interview. “This represents a novel processing avenue for engineering polymers to be fabricated into three-dimensional objects.”

Indeed, polyimides currently are not available in 3D shapes with micron-scale resolution, so researchers cannot fabricate structures that previously were not attainable, nor can they imagine structural objects beyond simple coatings or films, he said.

Moreover, the process also can be used not only to 3D print Kapton but also for other types of polymers, some of which have yet to be developed, Long added.

“Although this process was demonstrated for printing polyimides with identical composition to Kapton, we believe that this approach will enable entirely new classes of printed engineering polymers using lithography,” he said.

The team achieved their results in a year-long process to synthesize the polymer macromolecules, allowing them to remain stable and maintain their thermal properties for processing in 3D printing, Long said. This allowed the high-performance polymer theoretically to be used in any shape, size, or structure not only within the aerospace industry, but also in electronic devices such as mobile phones and televisions.

“The uniqueness stems from our preparation of a photo-reactive poly (amic ester), which is soluble and readily photo-reactive in a printing environment,” he said. The novelty stems from our ability to print organogels that are readily converted in an isotropic manner to the final polyimide with uniform shape and physical properties.”

The team published a paper on their work in the journal Advanced Materials.

The team plans to continue its work to move the SLA process toward entirely new families of engineering polymers to expand the range of physical properties and applications for these new materials, Long said.

“We also want to show how polyimide geometry influences polymer properties and demonstrate previously unattainable performance [and] entirely new physical properties for demanding applications,” he said. “We want to enable technologies that have not existed before. People always ask what these will be used for, and simply these structures have never been reported, so our imagination is the limit right now.”