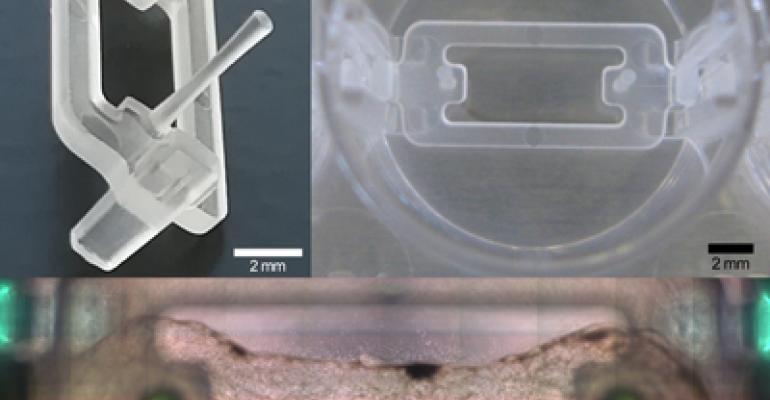 Researchers in Switzerland have advanced the use of 3D bioprinting for the treatment of degenerative muscle and tendon diseases with a new platform, which will advance the production of viable printed replacement tissues.

A team comprising researchers from the Zurich University of Applied Sciences and Novartis Institutes for Biomedical Research has developed the bioprinting platform. It performs automated screening of tissue-attachment requirements for replacement muscles and tendons.

“To our knowledge, this is the first 3D-bioprinting platform for the automated generation of 3D muscle and tendon tissues in cell culture multiwell plates that contain novel cell culture inserts with two posts for tissue attachment, development, and readout,” he told Design News.

The challenge for researchers aiming to develop 3D-printed replacement tissue for people with these types of degenerative diseases has been that tissues, such as muscle and tendon, can’t grow into functional forms inside the body without specific guidance, Keller said. “Highly organized and functional tissues such as muscle and tendon do not self-organize from precursor cells in cell culture without guiding forms and attachment aids,” he told us.

The Swiss team solved that problem by automating the attachment and shape of engineered muscle and tendon tissue micro-models on novel post-holder inserts in multiwell plates using 3D bioprinting, Keller said. The platform built by the researchers is based on a 3D bioprinter from regenHU Ltd. The team adapted the printer to fabricate muscle and tendon precursor cells with bioink onto the post-holder inserts in 24-well tissue-culture plates developed by Weidmann Medical Technology AG, he noted.

The system can be used by medical professionals to screen potential medication candidates for physiological tissue functions, such as muscle force and tendon stiffness, noted Keller. “This is the first microplate 3D-bioprinting platform for muscle and tendon tissues,” he said.

Researchers plan to improve the platform’s tissue development and maturation by optimizing bioink and the stiffness of the cell-culture insert posts to allow post bending by muscle contractions, Keller said. “Furthermore, muscle contraction assays require development of an electrical stimulation and a force readouts system” as part of the platform, he added. Researchers published a paper on their work in the journal SLAS Technology.