Markforged Says the Next Industrial Revolution Will Be 3D Printed 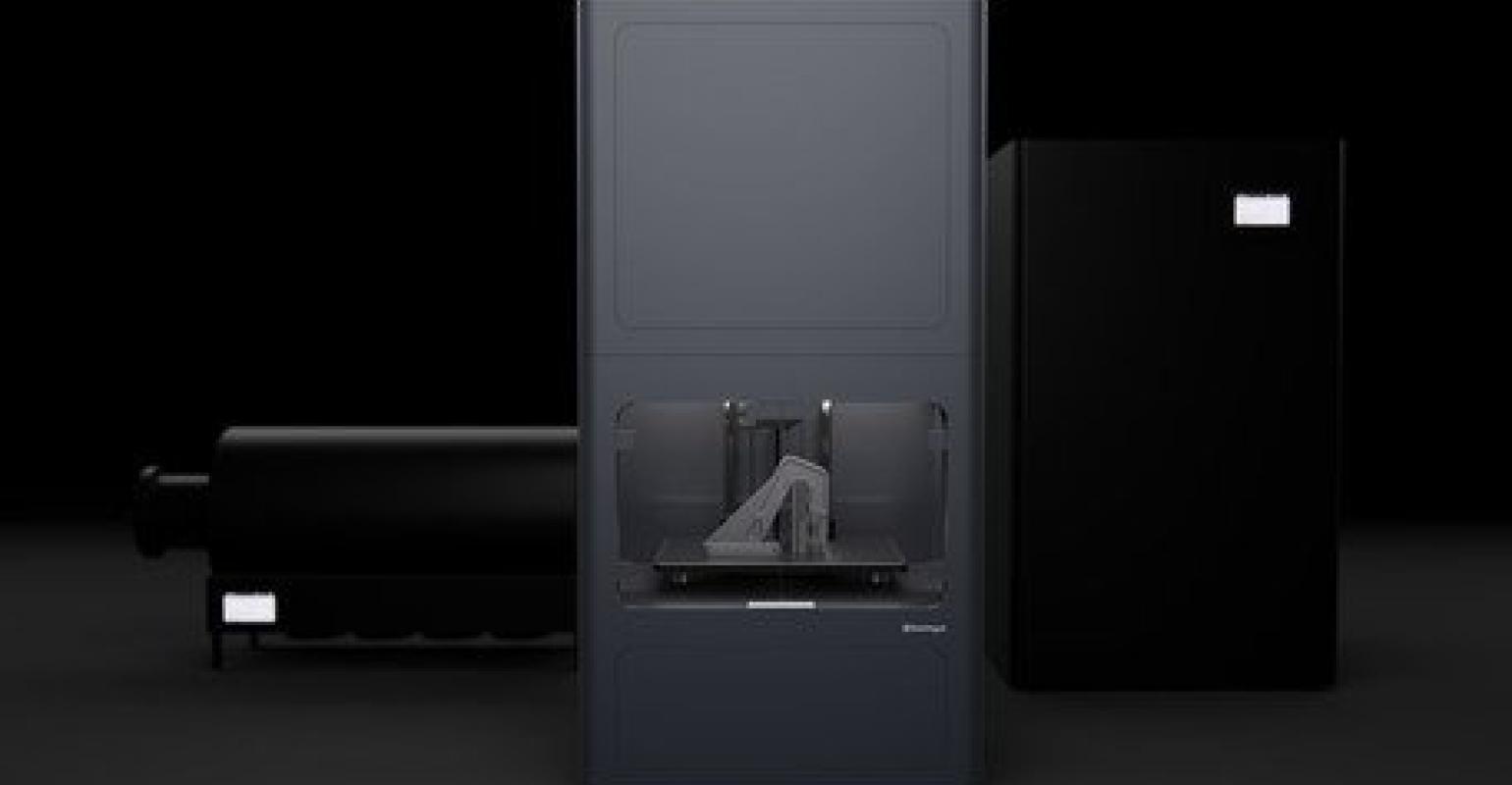 <p><strong>Markforged</strong></p><p>The offerings from Las Vegas-based 3D printer manufacturer <a href="https://markforged.com/metal-x/" target="_blank">Markforged</a> include a newly released line of metal 3D printers called the Metal X. The Metal X uses a new printing method Markforged calls Atomic Diffusion Additive Manufacturing (ADAM) that prints metal parts layer-by-layer using a metal powder contained in a plastic binder. After printing, the plastic binders are removed and the part can be sintered into customary engineering metals. According to Markforged, this process, which sinters the entire part at once, allows metal crystals to grow through the bonded layers, which effectively eliminates the layer-to-layer strength reduction created by other 3D printing processes.</p><p>Markforged claims its ADAM-based printers can print geometries beyond the capabilities of other metal 3D printing methods. The Metal X printer has a build volume of 250 x 220 x 200mm and offers in-process laser inspection, an integrated metal-material handling system, and build camera that can be remotely accessed via the cloud. The printer prints 17-4 and 30 stainless steels. Markforged also currently offers a metals beta test program to its customers that extends the Metal X's material options to include tool steel (A-2, D-2, M-2), aluminum (6061, 7075), and titanium (6AL 4V).</p><p><small>[image source: Markforged]  </small></p>
Additive manufacturing is finally poised to disrupt the traditional manufacturing of end-use parts. Watch the full Atlantic Design & Manufacturing talk, "3D Printing & the Next Industrial Revolution."

It took Tesla about five years to go from concept to putting a vehicle on the roads. Andrew de Geofroy, VP of application engineering at Markforged, pointed out that the automobile product cycle hasn't changed in 100 years. Speaking at the Atlantic Design & Manufacturing Expo, de Geofroy said five years was the same amount of time it took Ford to bring the Model T to production.

So how can we bring production up to speed? Markforged believes 3D printing is the answer. The company, which specializes in metal 3D printing, believes additive manufacturing is ready to go beyond plastic toys and prototyping and into creating end-use parts—and someday, even entire working products. He discussed several use cases and applications for metal 3D printing.

So how long until we have a fully 3D-printed car on the roads? The promise has existed for decades, but additive manufacturing is poised to finally disrupt traditional manufacturing.

Watch the full Atlantic Design & Manufacturing talk, "3D Printing & the Next Industrial Revolution," below and be sure to follow Design News on Facebook for more updates.