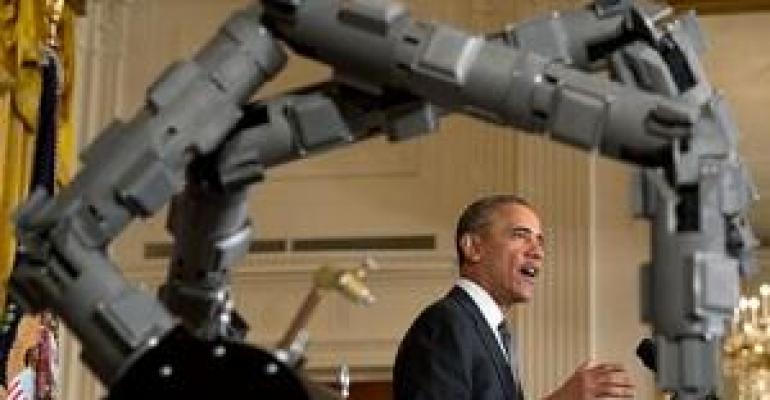 The American Lightweight Materials Manufacturing Innovation Institute (ALMMII) will begin work developing specific tools and skills around the use of aluminum, magnesium, titanium, and advanced high-strength steel alloys for lightweighting vehicles. The ALMMII is part of the National Network for Manufacturing Innovation (NNMI), a group of public-private research centers around the country selected to accelerate advanced technologies and create a high-tech workforce around them.

The network has grown to five R&D centers located around the country, including one Obama announced last week after an open competition that will aim to reduce the cost of manufacturing with advanced fiber-reinforced polymer composite materials. The Institute for Advanced Composites Manufacturing Innovation is a public-private consortium based in Knoxville, Tenn., being supported with $70 million by the Energy Department. 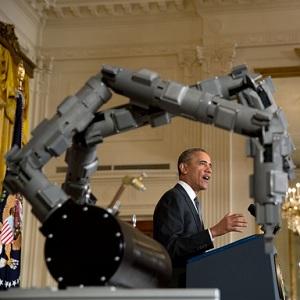 The Integrated Photonics Manufacturing Institute, which will develop an "end-to-end ecosystem" for advancing light and imaging technologies for telecommunications and medicine, is currently in competition. The institutes that have already been selected are the Chicago-based Digital Manufacturing and Design Innovation Institute, formed to develop a fully digitized industrial supply chain through virtual and advanced communication technologies, and the Raleigh, N.C.-based Next Generation Power Electronics Institute, which is working on wide-bandgap semiconductor devices and manufacturing processes.

Each institute is being funded by federal dollars that are matched by funding from private partners. While government agencies will have input in each of the centers, they are being led by companies and organizations in industry and academic research institutions. Also, an original pilot institute for 3D printing that the Obama administration awarded in 2012, now known as America Makes, continues to operate in Youngstown, Ohio, to further commercial uses of additive manufacturing, though it isn't officially considered a part of the NNMI.

The ALMMII is funded by the US Naval Research Laboratory of the Defense Department. The center's lead partners are the University of Michigan, Ohio State University, and EWI, an R&D organization based in Columbus, Ohio. The opening of its 100,000-square-foot center coincides with industry day at the North American International Auto Show, and will feature 23 demonstrations and displays by the group's partners, including Alcoa, Boeing, and Johnson Controls.

Obama has said that the NNMI is designed to carry the United States beyond the next decade in advanced technologies in manufacturing, energy, and defense and train a next-generation industrial workforce. Each NNMI center will serve as a "teaching factory" for training and preparing workers while aligning the efforts of companies, universities, and non-profits. The network is openly modeled after Germany's renowned Fraunhofer Institute, a network of applied research and development facilities that is Europe's biggest.

The president envisions a national network of up to 45 institutes across the country to speed up the transfer of American high-tech from lab to production plant. There is legislation pending in Congress to authorize funding for at least 15 more institutes.

William Ng can be reached at [email protected]