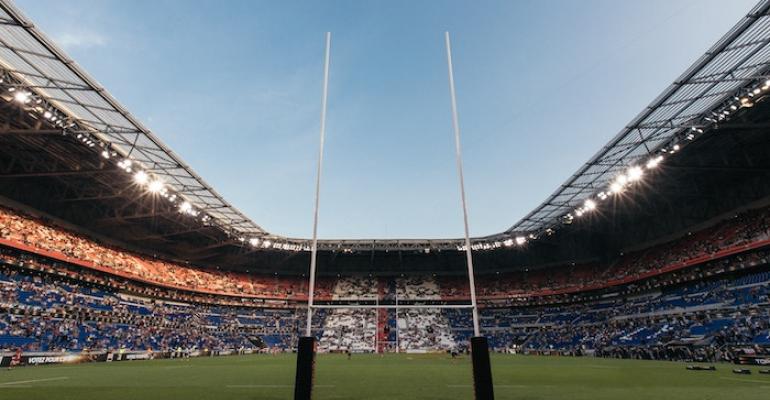 Technology brings welcomed benefits to both players and fans of Super Bowl LIV. But what will the future hold?

Back in 2017, Robert Schmid, Principal and Chief Futurist at Deloitte Consulting LLP, predicted that IoT would make this year’s Super Bowl more fun by changing the way fans, players, and team owners experienced the big game.

In his blog from that time, Schmid considered several possible ways that IoT technology might improve the fan experience in 2020. For example, he imagined that RFIDs parking passes would work with an attendee’s smart phone to locate the closest parking spaces and the shortest exit route after the big game is over. Further, he believed that ticketless entry technology would allow season ticket holders to enter the game with a mere scan of their fingerprint or retina.

While at the game, fans might benefit from a connected stadium which tells them the closest restroom with the short lines near their location. Or perhaps there would be Wi-Fi beacons or similar technologies that sends fans personalized, in-stadium discounts and offers. Robots might even deliver food directly to their seat. Just like an amusement park ride, high-speed strategically placed cameras might take selfies of every person at the game for download – as well as improve the job of security personal at the game.

Finally, Schmid postulated that augmented reality tech like smart eyewear might display real-time game statistics in attendee glasses in a heads-up display as they watched the game. Naturally, there would be a social media connection as well.

It’s now 2020 and Schmid’s predictions have been on the mark. As he noted in a follow-up with Design News, technology has been increasingly able to shed light on player performance, with huge ramifications for safety, strategy, and fitness.

“For fans, there’s a virtual reality experience, personalized augmented-reality photography, and high-tech entertainment performances – including the famous halftime show – that use a wide variety of digital technologies to create an immersive experience,” explained Schmid. “Most stadiums now feature Wi-Fi and other amenities, and it’ll be interesting to see what else evolves in only a few short years.”

Let’s dig a bit deeper into these technical innovations by considering just one area, namely, the display of real-time player statistics.

Back in 2015, the US National Football League (NFL) began a significant adoption of IoT technology. Players were equipped with a set of Zebra Technologies quarter-sized RFID sensors embedded in their shoulder pads, each emitting a unique radio frequency. Stadiums used by the NFL were refitted with radio receivers to track and pinpoint every player's field position, speed, distance traveled and acceleration in real time. The use of an RFID tags in each shoulder of an individual player made it possible to know their orientation on the field. The RFID tag technology are also on the referees, first down markers, and end zone pylons.

All of those RFID sensors create a lot of data. Add to that all of the sensor data from other sources plus professional and fan video and it’s not difficult to believe that a single NFL game creates several petabytes of data. Converting mainly the RFID sensor-related data into useful information was the task given to the Amazon Web Services back in 2017. The Amazon Cloud was used in conjunction with its advanced analytics tools and a machine learning package from SageMaker to provide valuable information to the NFL, broadcasters, in-stadium displays, coaches, players and, of course, the fans.

Today, anyone can get streaming video and some portion of the total player tracking data via “Next Gen Stats.” This application captures real time location data, speed and acceleration for every player during every play on every inch of the field.

What might high tech-enabled football games like the Super Bowl look like in the future? The last game in 2019 might give us a few clues. There were more advertisements with robots during the last Super Bowl than ever before. Some application of these robots were funny while others suggested more serious implications for the game. Interesting, many of the ads envisioned future robots being far superior to humans in cognitive tasks and reasoning, but few foresaw robots that would outperform humans at complex physical activities like running and catching a football. Yet very early prototype robots that can at least perform running tasks already exist, as demonstrated by the US tech firm Boston Dynamics.

The company’s humanoid robot, called Atlas, is a research platform designed to study whole-body mobility. Atlas uses IoT type sensors, advanced control system and other tech to give the robot the power and balance to demonstrate human-level agility.

Another change that future technology might hold for the Super Bowl is the use of artificial intelligence (AI) platform to referee the game. It’s already appreciated that human referees cannot catch every single detail of every play of a game.  Mistakes are always made. But so-called “goal-line technology,” multiple cameras, wearables, tiny smart sensors, IoT connectivity and even AI are slowly being adopted by the NFL to help referees reduce errors on calls. Eventually, this could lead to fully automated officiating.

Does this mean that a future Super Bowl will have robot teams playing the game with AI-based referees judging the calls? If so, wouldn't the game either end in a draw or go on in over-time forever as both teams would be perfectly balanced? But accurately predicting the future is a tricky business. For now, high tech is bringing much needed benefits to the game. So just kick back, open your Next Gen Stats Program on your mobile phone or big screen TV, and have a Roomba robot like the Brewster robot bring you a beer as you watch the game!