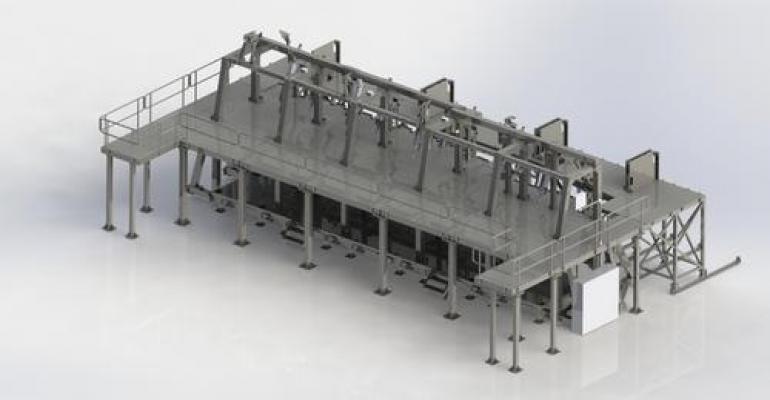 An integrated programmable logic controller (PLC) and motion platform has enabled an aircraft manufacturer to speed development and cut the costs of a massive fuselage positioning system.

The positioning system, designed by engineers at Red Viking, enables a defense aircraft manufacturer to quickly coordinate positioning of two 60-foot-long fuselage panels in 10 axes, while cutting the number of workers needed to complete the task. "The goal was to make it happen without putting stress on the panel," Michael Glynn, senior controls engineer for Red Viking, told Design News in an event prior to last week's Manufacturing in America Symposium in Detroit. "And when they're done, the panels have to align." 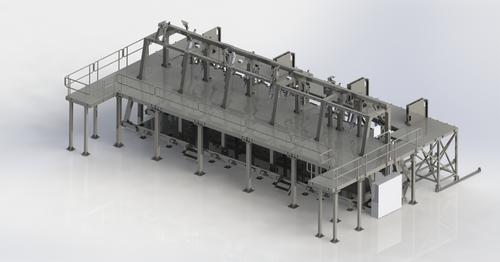 The key to making it happen in an affordable way was the use of a Siemens S7-317T CPU in conjunction with a Sinamics S120 integrated motion platform, Glynn said. The integrated combination allows the manufacturer to manage the motion of 10 ball screw-based actuators that move the panels for subsequent machining. "It's a multi-step sequence that locates the positioners to the attachment points without influencing the attitude of the panel," Glynn said. "That's the key -- it has to have enough adjustability to attach all 10 positioners without causing the panels to flex."

MORE FROM DESIGN NEWS: Are AGVs Ready for the Assembly Line?

Glynn said it now takes about 15 workers to position the giant panels for machining and subsequent alignment, whereas it used to take about twice that many. At the same time, integration of the CPU with the motion platform has enabled workers to tweak the system when they need to. "When you have the ability to do motion in the PLC, it allows you to do all your coding in one environment," Glynn said. "And that's very cost effective."