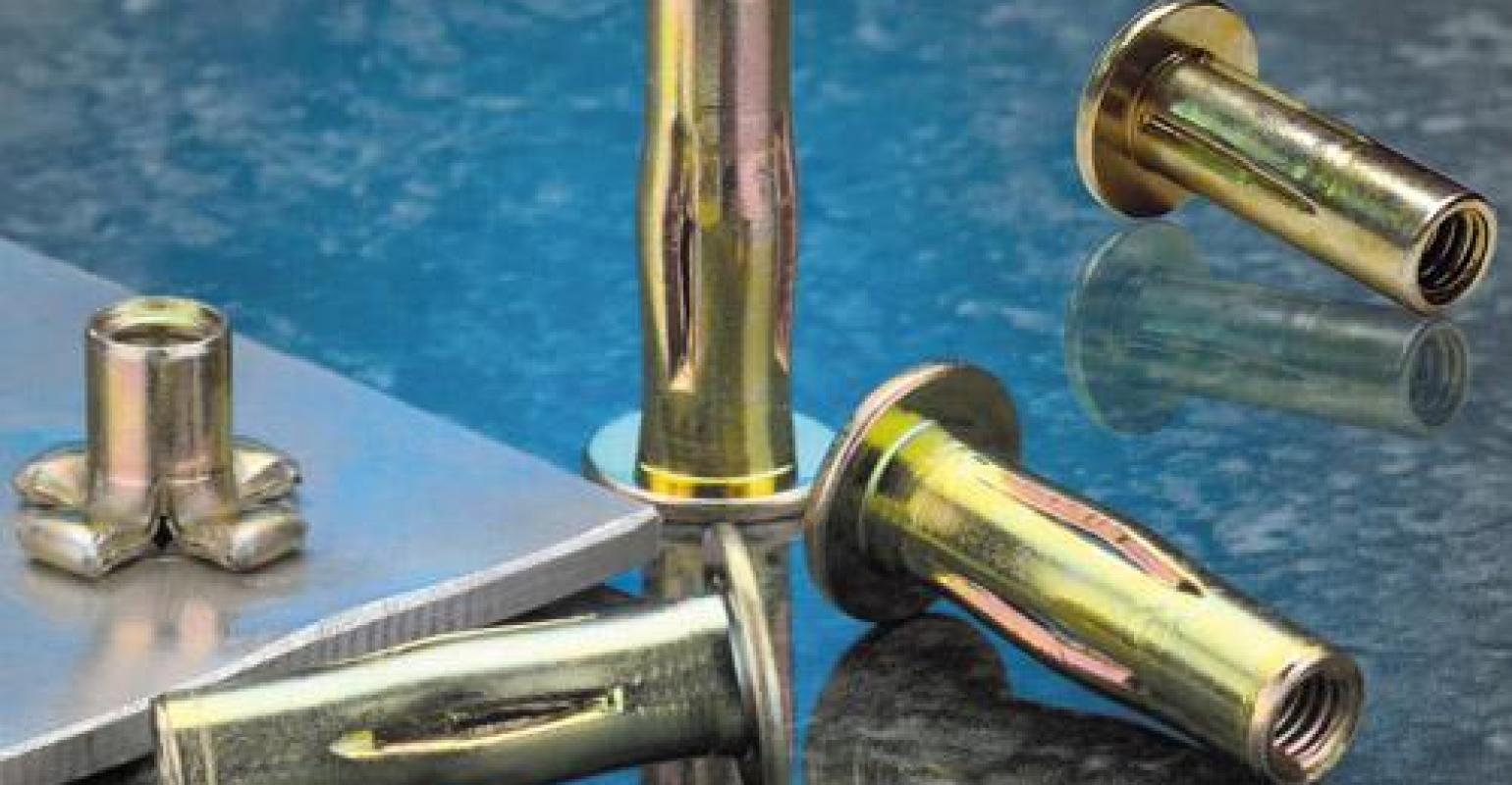 High-temperature materials, as well as lighter, thinner materials, are challenging fastener makers to come up with smaller, stronger attachment designs that weigh less and can perform multiple functions.

"In general, fastener technology is still in its infancy," Jeffrey Jungmann, engineering manager for Emhart Teknologies, told us. "For example, the industry didn't get standardization until World War I."

ASTM International has developed standards governing materials, dimensions, and the mechanical and metallurgical properties of fasteners. Other fastener standards have been published by the International Standards Organization (ISO), the National Bureau of Standards, the Industrial Fastener Institute, and the American Society of Mechanical Engineers.

A shift is under way in the materials to which fasteners must be attached. Emhart Teknologies, for example, sees a trend toward more exotic materials. "What were traditionally the difficult materials and the expensive materials are becoming a bigger part of the market," said Jungmann. "Some of the more exotic ones are in military and aerospace applications, such as high-nickel alloys, high-temperature alloys, titanium grades, and tungsten."

Some fastener users "are now trying to differentiate themselves by maintaining their thicker materials, others by pointing out that using thinner sheet metal can cut costs," said Gregory Breads, product manager for DIRAK Inc. "The concerns of customers who change to the thinner metals are not directly related to our fasteners. Instead, they are focused on whether our fasteners will shear through their new, thinner materials."