Will BMI Implants be as Easy as LASIK Eye Surgery? 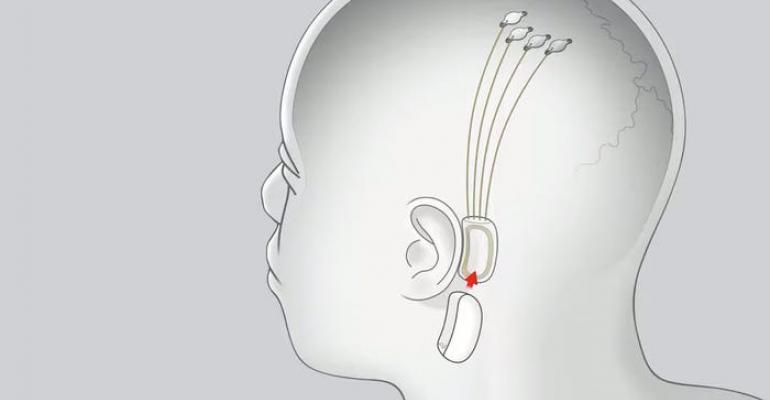 A tweet from Elon Musk always seems to garnish attention. One of his more cryptic tweets went out earlier this week, beckoning followers to attend a live webcast of a working Neuralink device on Friday, August 28th, at 3 pm Pacific Time. Apparently, he’ll demonstrate a brain-machine interface or BMI device to supplement human brainpower and enable better communication with artificial intelligence (AI) systems.

From other tweets, Musk’s goal for this demonstration is much simpler, namely, to create an implantable device that lets people control phones or computers with the mind. According to the scant information on Musk’s Neuralink website, the company wants to build arrays of small and flexible electrode “threads” rather than today’s stiffer and fewer electrodes. “Neuralink’s approach to BMI has unprecedented packaging density and scalability in a clinically relevant package,” notes a whitepaper.

According to the Neurlink video, the chip sits behind the ear, while electrodes are threaded into the brain. Musk has previously said the device could make the process as quick and easy as LASIK eye surgery.

Recent activities in the development of implantable BCI probes have also been conducted by the Flemish government’s project known as the Neuro-Electronics Research Flanders (NERF) – among others. The NERF project has designed and tested new silicon neural probes known as Neruopixels that can detect 10 times more neurons than commonly used probes to examine several brain regions at once with a single probe.

Related: How Facebook Is Combining Augmented Reality and AI

Both NERF and Neuralink focus on implantable technology. Up to now, most consumers have experience BMI technology as a detachable (no implantable) head strap or earpiece. Remember about seven years ago when several consumer headsets from NeuroSky and Emotiv were pitched as computer game controllers? For example, NeuroSky promoted its EEG Headset as a training aid for young Jedi padawans to focus their minds through various exercises so they could control the movement of tablet-projected holograms. Based upon the wearer's focus and concentration, the brainwave sensors on the EEG headset would allow them to interact with an application on a table.

But numerous tiny implantable probes into a human brain would take BMI technology to the next level. It will be interesting to see the demo which promises such breakthrough tech.