HomeIndustryWant it to Work in Space? Better Test it Frequently on Earth
Recent
Industry
Will I See You at the Virtual 2022 RT-Thread IoT OS Global Tech Conference?
May 27, 2022
Novel Silk-Protein Eyed for Tendon Repair
May 27, 2022
NTT Data Powers Indy 500 Predictive Analytics
May 27, 2022
At NI Connect: More Companies Discuss Benefits of Test
May 27, 2022
POLL
Supplier News is Checking Out Programmable Automation Controllers
May 27, 2022
What's the Latest in Additive Manufacturing?
May 26, 2022
Top Gun: Maverick Roars into Theaters
May 26, 2022
New 3D Printing Technique Prints Glass for Microstructures
May 26, 2022

Want it to Work in Space? Better Test it Frequently on Earth 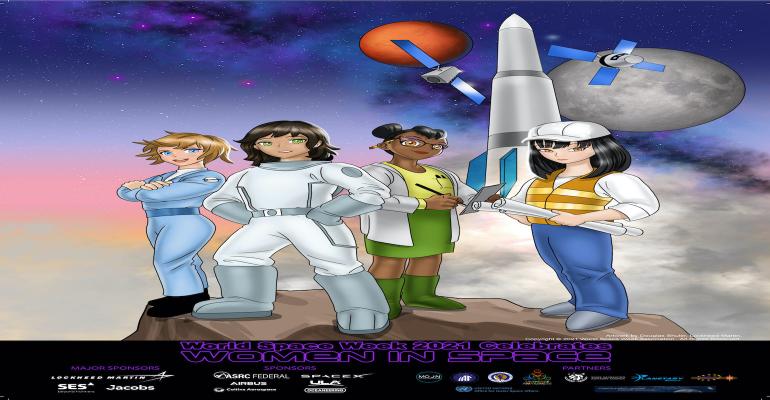 World Space Week celebrates women in space, including the often-forgotten task of testing.

Are you ready to participate in World Space Week? This year, the event celebrates “Women in Space” by joining thousands of participants in over 90 countries to showcase the accomplishments and contributions of women to the space sector and sciences.

One of the pillars of any space endeavor is testing space-related systems on earth and then in space. Women have been active in these activities. One example is a group of women software testers called the “Women in Test” community. Women Who Test connects women software professionals worldwide, allowing them to share testing ideas and solutions while helping each other grow and advance their careers.

One example of ground-based testing is NASA’s Safe & Precise Landing Integrated Capabilities Evolution (SPLICE) project, developed with an advanced system of sensors, avionics, and algorithms for safely landing on planetary surfaces. The significant components of SPLICE, along with navigation doppler lidar, are a camera for terrain relative navigation, a hazard detection lidar, and a decent and landing computer that incorporates a surrogate for the in-development NASA high-performance spaceflight computing (HPSC) processor.

Related: What’s the Difference Between Today’s US Space Force and the Reagan Era Star Wars?

The SPLICE will develop and test out precision landing and hazard avoidance (PL&HA) technologies for NASA and potential commercial spaceflight missions.

PL&HA technology advancements are being considered in the following areas:

– Hazard Detection Lidar (HDL), capable of generating a real-time, 3-D terrain map within a 50-meter radius of the landing target, at a sufficient range to allow for safe landing site determination
– Algorithms for performing guidance and navigation, including Terrain Relative Navigation (TRN) and Hazard Detection (HD)

– Advanced computing capabilities, via a high-performance space computing-based platform with a path to spaceflight, capable of supporting processing-intensive algorithms for navigation and image processing

According to NASA, demonstrating the maturation of the above technologies will require an integrated ground test and flight test activates, which will integrated hardware-in-the-loop (HWIL) simulation, aircraft testing, helicopter testing, and suborbital flight-testing onboard a commercial, reusable rocket vehicle – like the upcoming Blue Origin’s New Shepard test flight. (Image Source: NASA, SPLICE) 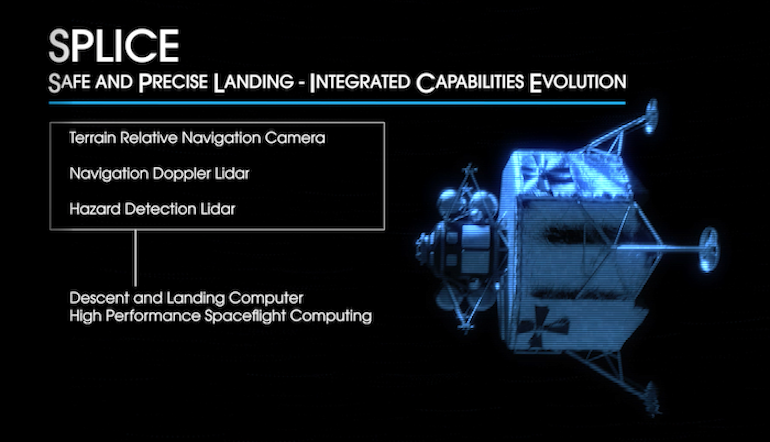 Many test scenarios can only be done in space. That’s why the International Space Station (ISS) has played such a vital role in NASA’s test plans.

The space station has supported numerous discoveries, scientific publications, unique opportunities, and historic breakthroughs during the past two decades. This research helps scientists and engineers explore further into space and benefits people back on Earth.

Recent tests on the ISS have produced promising results. For example, Gecko-Inspired Adhesive Grasping uses the space station’s Astrobee robots to test grasping and manipulating objects using an adhesive material that attaches to an object’s surface rather than the object itself. This approach creates many more contact points. The adhesive, inspired by geckos, has been proven to work in space. It could allow robots to attach to and detach from objects, even those moving or spinning rapidly and controllably. Examples of how this capability could be used on future space operations include performing maintenance tasks such as object retrieval, satellite servicing, capturing orbital debris, and construction functions such as manipulating and fitting together large structures and components on orbit. Many of these capabilities have potential applications on Earth as well.

NASA continues to use both ground and space-based testing to prove out its designs for earth-orbiting and planetary mission-oriented in space.