Technique for Measuring Nanoparticles Paves Way for Medicine on Demand 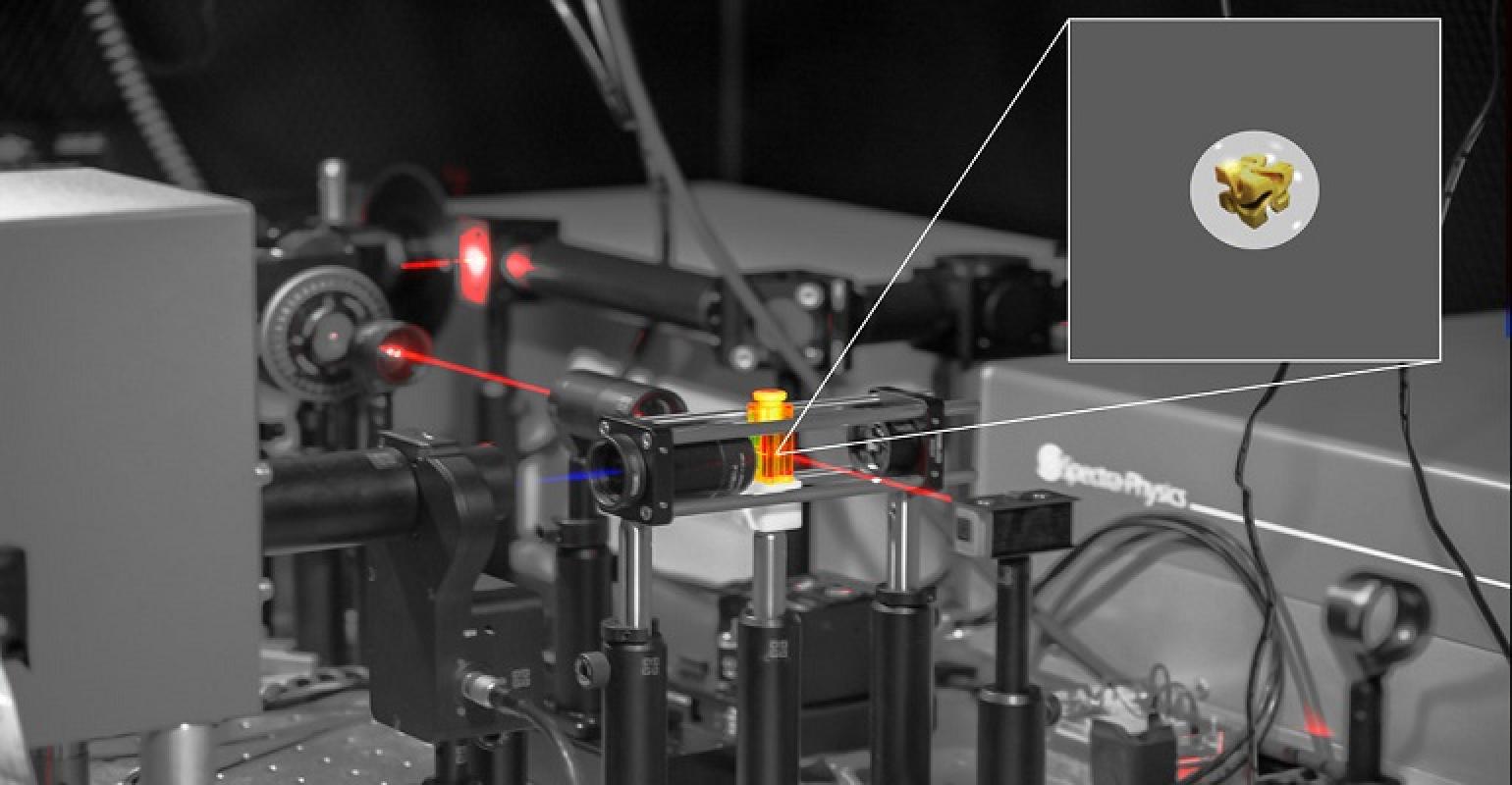 Researchers have made a breakthrough in their work with nanoparticles that could fundamentally change how medicines and other chemical products are developed in the future.

A team at the University of Bath has for the first time accurately measured and characterized what’s called a twisted nanoparticle, which will lead to a better understanding of this material for industries that produce medicines, perfumes, food additives, and pesticides.

The nanoparticles with which the team worked are tiny bits of gold 10,000 times smaller than a pinhead. In nanotechnology, the “twist” is the equivalent of designing a standardized screw for assembling parts during the industrial revolution, Ventsislav Valev, a professor in the university’s Department of Physics who led the research, explained to Design News.

“This twist is in the helix of DNA, of the coils of proteins, in the curls of sugar molecules and the twirls of amino acids,” he said.

The twist is important because each of these twists in a specific way, delivering efficient molecular biomechanisms, he said. Understanding the twists within a material—which is known as its chirality—is especially vital in industries that produce medicines, perfumes, food additives, and pesticides, as the direction in which a molecule twists determines some of its properties.

For instance, a molecule that twists clockwise will produce the smell of lemons, while the identical molecule twisting counterclockwise—the mirror image of the lemon-smelling molecule—smells of oranges.

“For nanoparticles to interact efficiently with biomolecules, they need to twist the right amount and the ‘right way,’” Valev, also a member of Bath’s Centre for Photonics and Photonic Materials, told us.

Currently, physicists and chemists use a bottom-up approach to designing medicines and other chemical-based products for industries, he said. Though there are many ways to fabricate nanoparticles today in this way, quality control of the production remains a key challenge, he said.

The technique researchers developed to understand the twist now means that products could be blended together at the microscopic scale, requiring the use of fewer resources and, therefore, less chemical waste, as well as creating far more quality control from the beginning of the process.

Until now, physicists have relied on 200-year-old optical methods for determining the chiral properties of molecules and materials, but these methods are weak and require large amounts of molecules or materials to work.

Through their use of a new technique—called the hyper-Rayleigh scattering optical activity (HRS OA) and based on powerful laser pulses—Valev and his team at the University of Bath at have produced a far more sensitive probe for chirality, one that can detect a single nanoparticle as it floats freely in a liquid, he said.

“We have developed a new technology, based on a physical effect that had been eluding scientists for 40 years,” Valev explained to Design News, adding that the technique provides “an unprecedented level of sensitivity.”

Researchers used the technique to examine the structure of gold, among other materials, with results showing an exceptionally clear image of the ‘screw thread’ twist in the metal’s shape.

Valev explained to Design News how the technique could be useful in designing new medications, in which the direction of the twist is vital because an otherwise identical molecule that twists the opposite way can be poison.

To produce only the desired form, chemists need something, acting as a catalyst, to nudge the chemical reaction towards the desired outcome, he told us. This outcome could be achieved with the help of twisted nanoparticles, whose twist could be “imprinted” on the molecules with the help of laser light.

In this way, medications in the future could be developed on-demand, where pharmaceuticals are prepared by mixing up bespoke doses of molecules and twisted nanoparticles and the tablets themselves act as “miniature labs,” Valev said.

Flexible Glass Has Benefits for Nanoscale Medical-Testing Devices
May 31, 2017