During Black History Month, we salute to Lonnie Johnson, an American inventor, aerospace engineer, and entrepreneur. Johnson began his career in the US Air Force, followed by a twelve-year stint at NASA, where he worked at the Jet Propulsion Laboratory. There he developed electrical devices and nuclear power energy systems for the Galileo spacecraft. He also participated in the design of the Stealth Bomber.

In 1982, everything changed. While working on a new kind of heat pump design for refrigerators, he tested out a valve in his bathroom sink. Water trickled into the valve, then spurted across the room, splattering against the wall. As he watched the water drip down the tub wall, Johnson immediately thought “water gun.” He built a prototype gun for his daughter, who showed it to her friends. They all loved it. 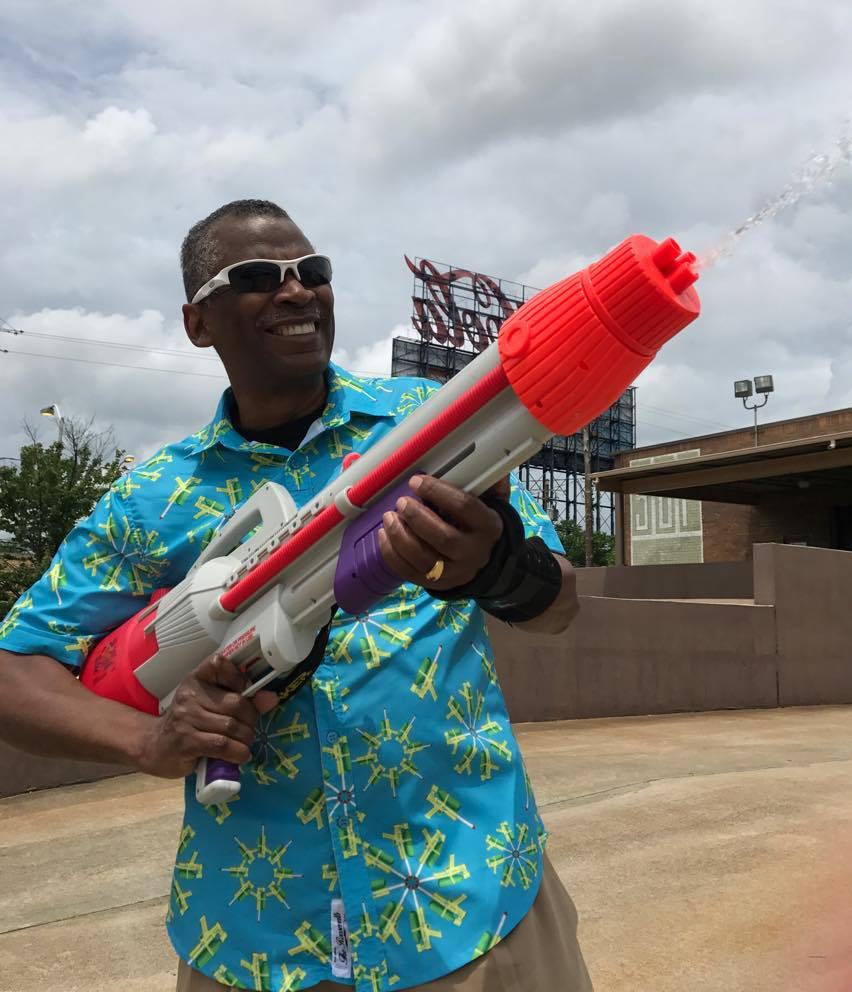 It took seven years for Lonnie Johnson to find a manufacturer for his high-powered water gun. Three years after that, it became the top-selling toy in the world.

In this video, Johnson tells his engineering success story:

Related: 20 Famous Women Scientists and Engineers with a Lot to Say

In 1990, he took the idea and invented the Super Soaker water gun. It went on to become the world's bestselling toy. He then patented another invention, the Nerf Gun, a pneumatic launcher of soft toy projectiles. Johnson took his proceeds and founded Johnson Research & Development and Johnson Battery Technology.

His current projects include a solid-state lithium battery for the transportation industry, which places him toe-to-toe with giant lithium battery manufacturers, such as Panasonic. He’s now working on a solid-state electrolyte using ceramic processing techniques — casting and sintering in ovens — to create a more manufacturable battery. “In essence, it’s like making pottery,” Johnson told us.

“It looks like we now can achieve twice the energy density of lithium-ion,” said Johnson. “It’s been a long hard slug fight and it has taken most of my resources, but now we’re starting to look for strategic partners.”