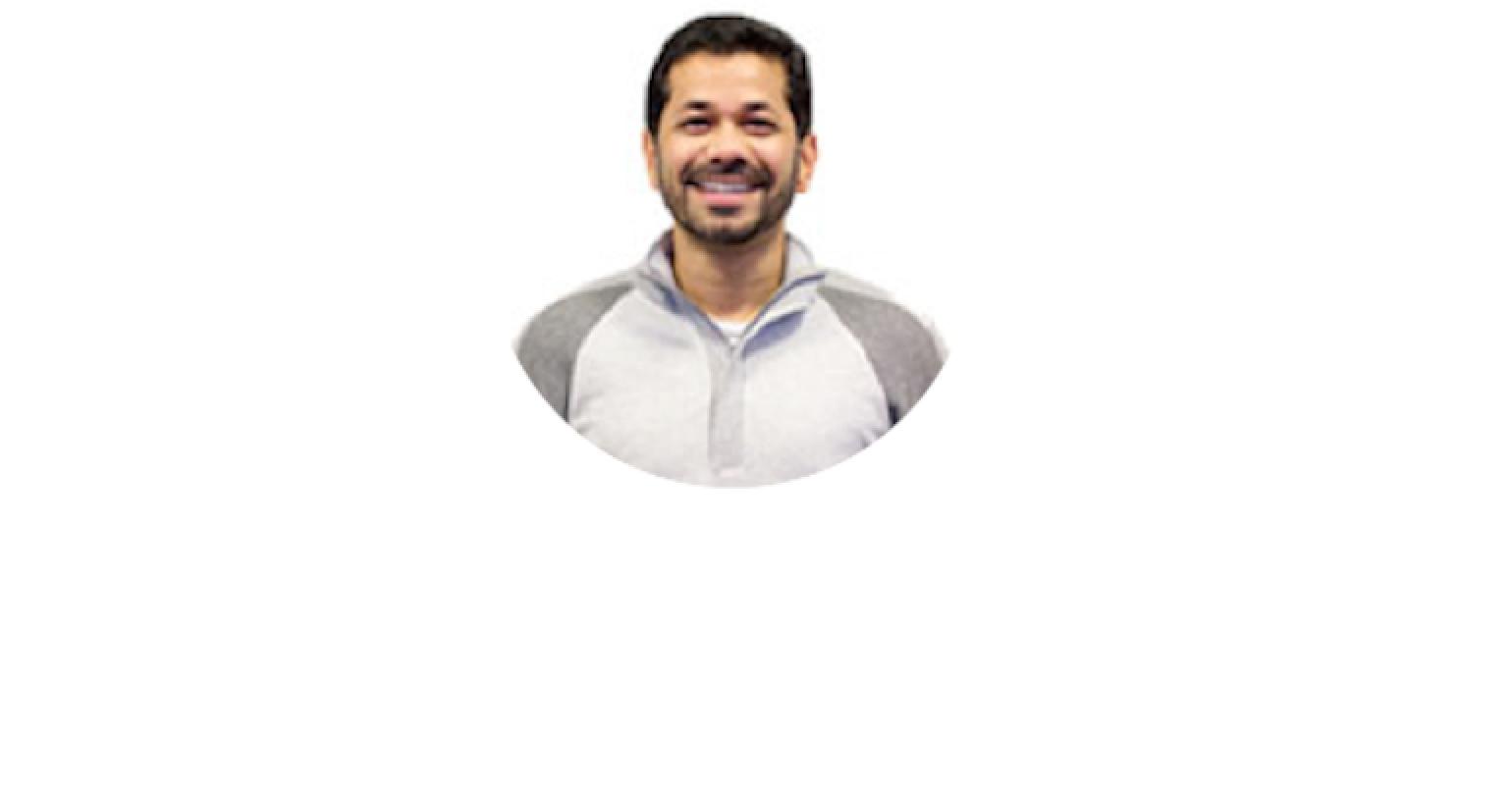 “Contact tracing is very different from what we do, and it’s important to distinguish,” said Inder Singh (above), founder and CEO of Kinsa Inc., which has developed the Kinsa Smart Thermometer. “What we have created is an early warning system.”
Contact tracing challenges reveal the need for collaboration to weave device data, health system data, and communications technologies into an efficient ecosystem.

While much of modern communications is carried through digital channels, and mobile devices are becoming ever more entwined in the healthcare delivery ecosystem, one important aspect of the public health infrastructure— contact tracing —is likely to remain dependent on the human-to-human touch.

The ongoing COVID-19 pandemic is providing this lesson among others to both public health officials and technology developers.

“The personal touch at the beginning is very important,” said Charles Brown, director of the Central Connecticut Health District, located in the Hartford suburb of Rocky Hill. “People will share information with you if you get on the phone and call them, whereas if I send them an email or a text, they’re going to be very skeptical because we have been trained that way.”

Once that initial contact is made, however, Connecticut’s health officials can implement other forms of communications to maintain contact with COVID-19 patients.

Related: A Wearable That Has the Potential to Detect COVID-19

“That combination of technology is really important for a couple reasons,” Brown said. “One is that once you make that contact, and you can set them up with electronic monitoring; it takes the burden off the health department to continue to reach out to them. The second part is that having that system in place helps to provide some decision support with the contact tracers themselves.”

For Brown, the most critical technology in establishing a comprehensive contact tracing effort is not a dedicated consumer-level technology, but rather a statewide reporting system: Connecticut’s, called ContaCT, is built on Microsoft’s At Risk Identification And Alerting System (ARIAS). The system, which was essentially constructed and tested on the fly during the pandemic’s course in the state, is working substantially as it is supposed to, though a lack of uniform electronic health records slows down some reporting, he said.

“Electronic lab reporting helps speed that information into the contact tracing program—or it would if the tests came back quickly—that’s the promise of this,” he said. “Once that lab test comes back positive, then we at the local level have that information at our fingertips so we can reach out almost immediately. If we can be diligent and quick on our feet, we can actually turn the curve on an outbreak at the local level.

“In Connecticut we have a dual reporting system,” he continued. “The lab sends results to both the provider and to the public health department simultaneously. Unfortunately, not everybody is up on EHRs. On some there is a delay and on some there isn’t. That’s just the system we are dealing with right now.”

Population-Level Early Warning Is Current State of the Art

The developer of perhaps the most visible “connected” device to emerge from the pandemic, the Kinsa Smart Thermometer, concurs with Brown.

“Contact tracing is very different from what we do, and it’s important to distinguish,” said Inder Singh, San Francisco-based Kinsa Inc. founder and CEO. “What we have created is an early warning system.”

The Kinsa thermometer has been distributed by health departments and disease outbreak researchers from coast to coast—Singh estimated approximately 1.5 million are in general use through both retail and public health distribution, with health departments receiving them at cost (the stick thermometer retails for $27.99 presently and the aural version retails for $42.99).

The anonymized and aggregated Kinsa data uploaded by users helps health systems, both public and private, look at trends of emerging symptoms as marked by fever and other symptoms reported in the thermometer’s accompanying mobile app. The app also offers personalized guidance to users who feel ill. Singh said this proactive digital coaching platform, while not considered contact tracing per se, can speed up both personal and system response to an outbreak. It is a conceptual extension, he said, of the ecosystems that have grown around platforms like automatic diabetes monitoring.

“All these networked devices allow you to go to a person when they have a change in health status,” he said. “You’re not waiting for that person to schedule an appointment and go to the health system.”

For example, he said, one person in a household in which COVID-19 has spread could exhibit mild symptoms, pass it to another who could have no symptoms at all, who in turn could infect a third who develops a viral load large enough to end up using health system services five to eight days after being infected.

“You are talking about contact tracing back weeks and weeks for every single member of that household, because the healthcare system didn’t talk to the mildly symptomatic person first, and there was no early warning system,” Singh said. “That early warning can enhance all the subsequent steps in an epidemic response, which is clear are sequential: testing, treatment and isolation, and contact tracing. If we have the early warning system, all these other steps are far more efficient and effective because you are tracing back not three to five weeks, but rather three to five days, maybe a week.”

And, given the COVID pandemic’s wildly fluctuating transmission rate, getting people tested and traced as quickly as possible is key to slowing community spread. In a New York Times story published early in the pandemic’s trajectory in Connecticut, public health officials in the southwestern part of the state had to suspend contact tracing efforts when the number of people who had been in contact with those who had been at “super spreader” events simply overwhelmed the health district’s ability to contact them.

“In March and April, it was almost to the point where, at the state level, they said, ‘We’re shutting everything down, doing notifications, and making sure people understand how to quarantine effectively,” Brown said. “We were not trying to find who they had had contact with because it would have been a waste of effort at that point. Where we are now, with an R value under 1, that’s where tracing can become crucially important. This is our opportunity.”

No Seamless Contact Tracing System Yet, and Maybe Never

Singh said he is cognizant of the limitations of connected technology in speeding tracing. Though it may be possible to connect at-home data with someone’s health record, he does not think it will become routine any time soon: device developers and public health officials will have to continue to work on inter-organizational relationships that weave device data, health system data, and communications technologies into an efficient ecosystem.

“Would you ever want your data in the home to be connected directly to your medical record, for your healthcare system and for your insurer to see every single symptomatic input?” he asked rhetorically. “We don’t do it because our users wouldn’t do it, they are just not comfortable with it. EHRs are extremely important data for all sorts of things, but they do not get to the heart of early warning. And as a result, they have challenges in doing effective contact tracing, because by the time the healthcare system sees it, it’s too late.

“I’m sad it took a pandemic to bring to light how important work on early warning is. I’m thrilled we survived as an organization long enough to get here and that’s the truth of it. No one was giving us the time of day. No one at the federal, state, or city levels gave us the time of day, and now it’s working and it’s helping. That’s the kind of thing we need to remember in this pandemic.”