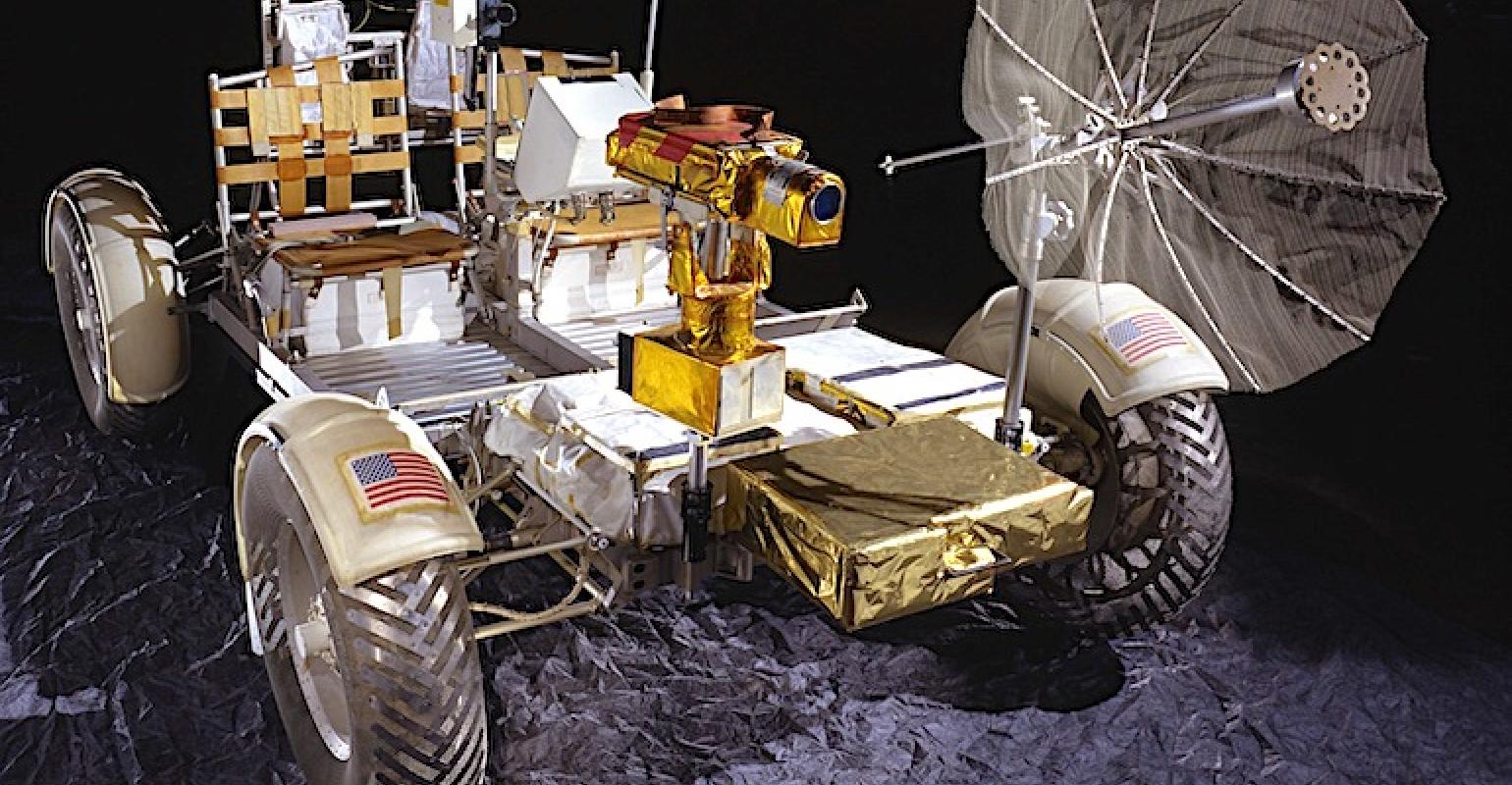 Start Slideshow ›
The National Air and Space Museum has thoughtfully provided these gorgeous close-up shots of the lunar lander test article in its inventory.

In addition to the three dune buggy-style Lunar Roving Vehicle's that Boeing built for NASA's Apollo 15,16, and 17 missions in the early 1970s, the contractor also built eight non-flight units for development and testing.

Smithsonian's National Air and Space Museum has the Qualification Test Unit, which endured severe testing to confirm the design's suitability for the moon mission, in its inventory (along with Star Trek's U.S.S. Enterprise model).

Now, the museum has photographed the lunar rover so we can get a close look at the astronauts' moon buggy. 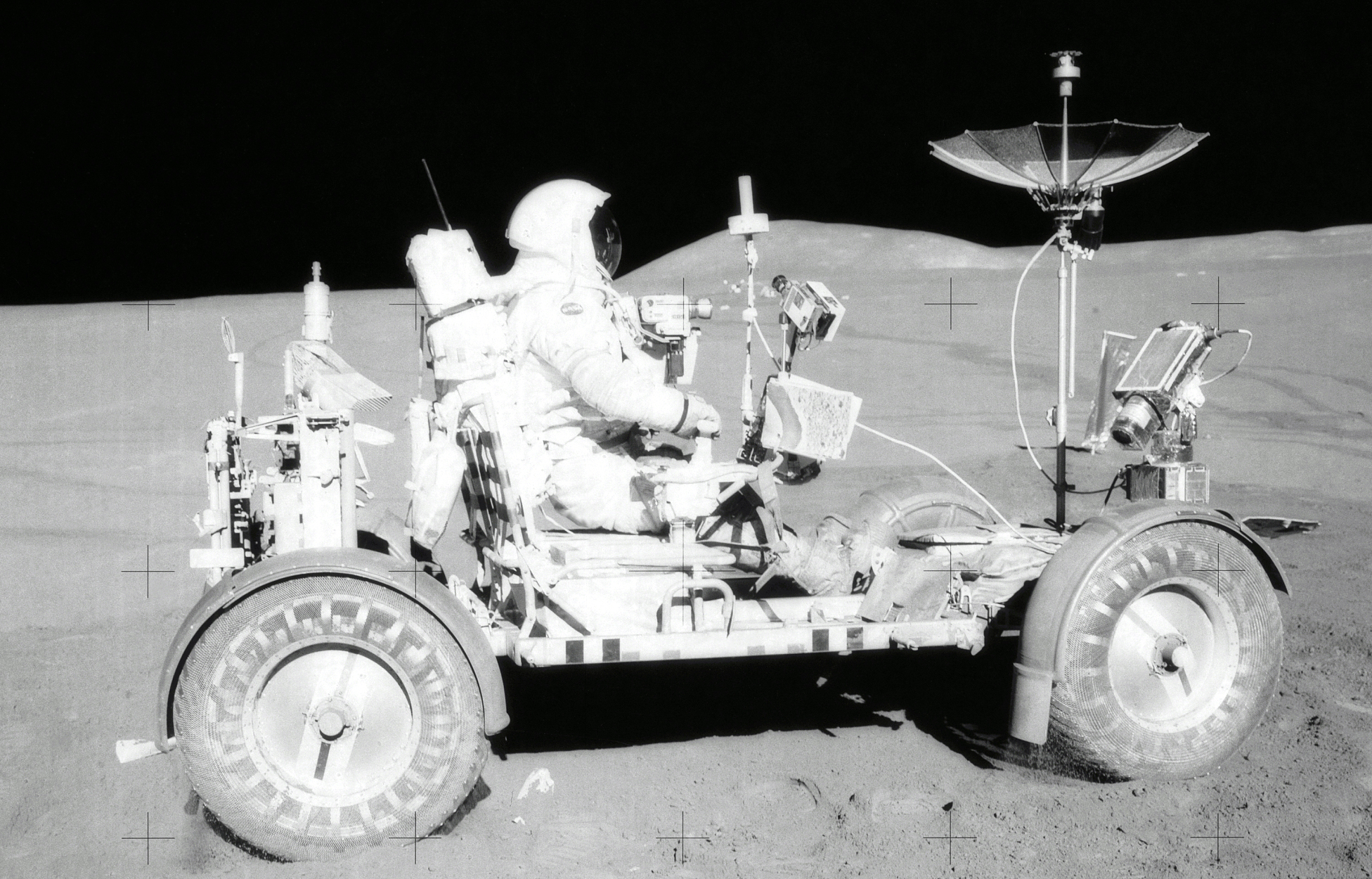 The Boeing Lunar Roving Vehicle at work on the moon.