Pilote is an investigation from ESA (European Space Agency) and France’s National Center for Space Studies (CNES), which tests remote operation of robotic arms and space vehicles using VR with interfaces based on haptics, or simulated touch and motion. Results could help optimize the ergonomics of workstations on the space station and future spacecraft for missions to the Moon and Mars.

Pilote compares existing and new technologies, including those recently developed for teleoperation and others, used to pilot the Canadarm2 and Soyuz spacecraft. The investigation also compares astronaut performance on the ground and during long-duration space missions.

Designs from Earth-based testing use ergonomic principles that do not fit microgravity conditions, which is why testing is performed in space.

In this photo, NASA astronaut Megan McArthur participates in a test of aptitude maneuvering a computer-generated robotic arm toward a target. The results from Pilote will improve the work space on the International Space Station and future spacecraft for lunar and martian missions, where astronauts in orbit could operate rovers on the surface. 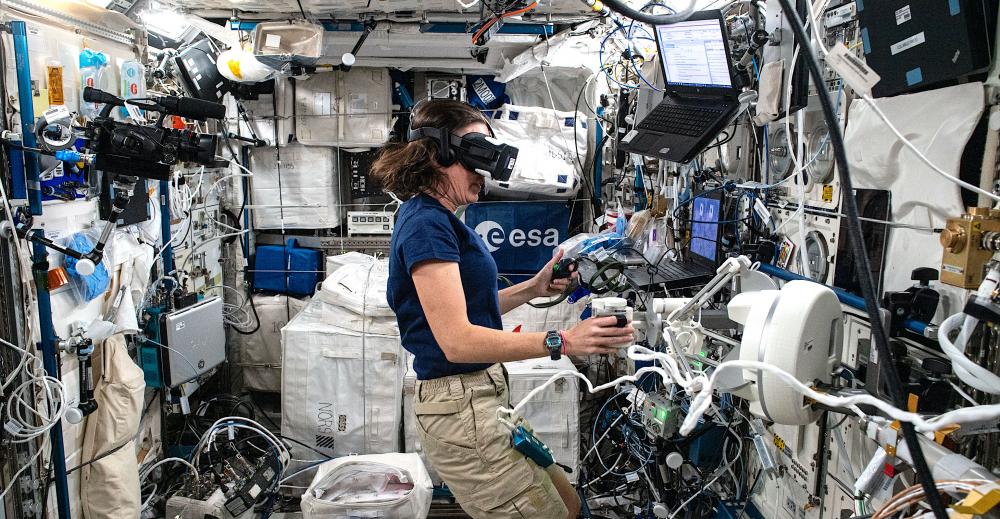