Read the Early History of SpaceX in “Liftoff” 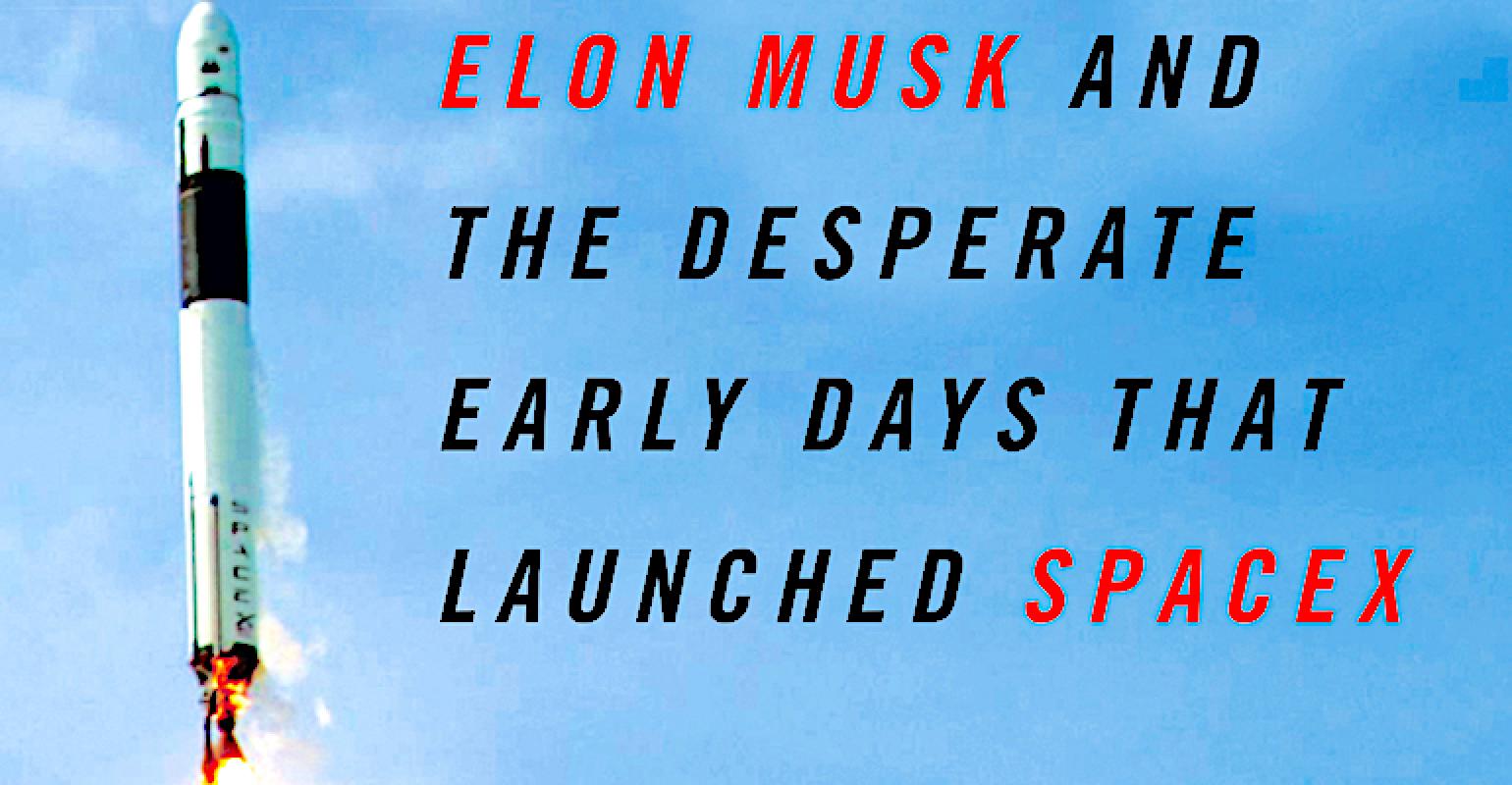 Elon Musk has gained recent billions of dollars through the explosion of the stock market valuation of his Tesla electric vehicle company, but it is arguably the rocket company SpaceX that is Musk’s greatest success.

Launching rockets is hard enough, and SpaceX blew up enough of them learning to do that to prove the point. But that had been done before. Landing first-stage rocket boosters for reuse was unprecedented. It hadn’t been done because the space establishment believed that it verged on technically impossible and that if it could be done, the difficulty would be so great as to make it financially impractical. 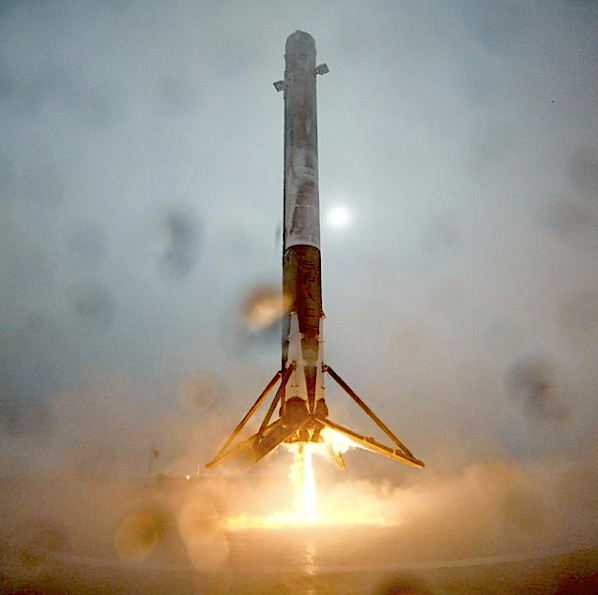 A SpaceX Falcon 9 booster makes a successful landing on a drone ship.

Musk and SpaceX have proved those skeptics wrong, and Ars Technica senior space editor Eric Berger shows how in his new book, Liftoff: Elon Musk and the Desperate Early Days that Launched SpaceX.

"The elegant brilliance of the engineering that allows today’s space rockets to land themselves back on earth—or at sea—right way up, and on target to the inch, is all the doing of the teams assembled by Elon Musk,” remarked Simon Winchester, author of The Perfectionists, “and the story of how he did it, and how for sure he will get us to Mars whether we like it or not, is told in appropriately stellar fashion by Eric Berger in a book that held me captive, in earth orbit, from prologue to epilogue, countdown to splashdown."

Berger recounts the story of SpaceX’s early efforts to fly its single-engine Falcon 1 rocket. This was the smaller development model of today’s Falcon 9, which clusters nine of the Falcon 1’s Merlin engines into a single stage. 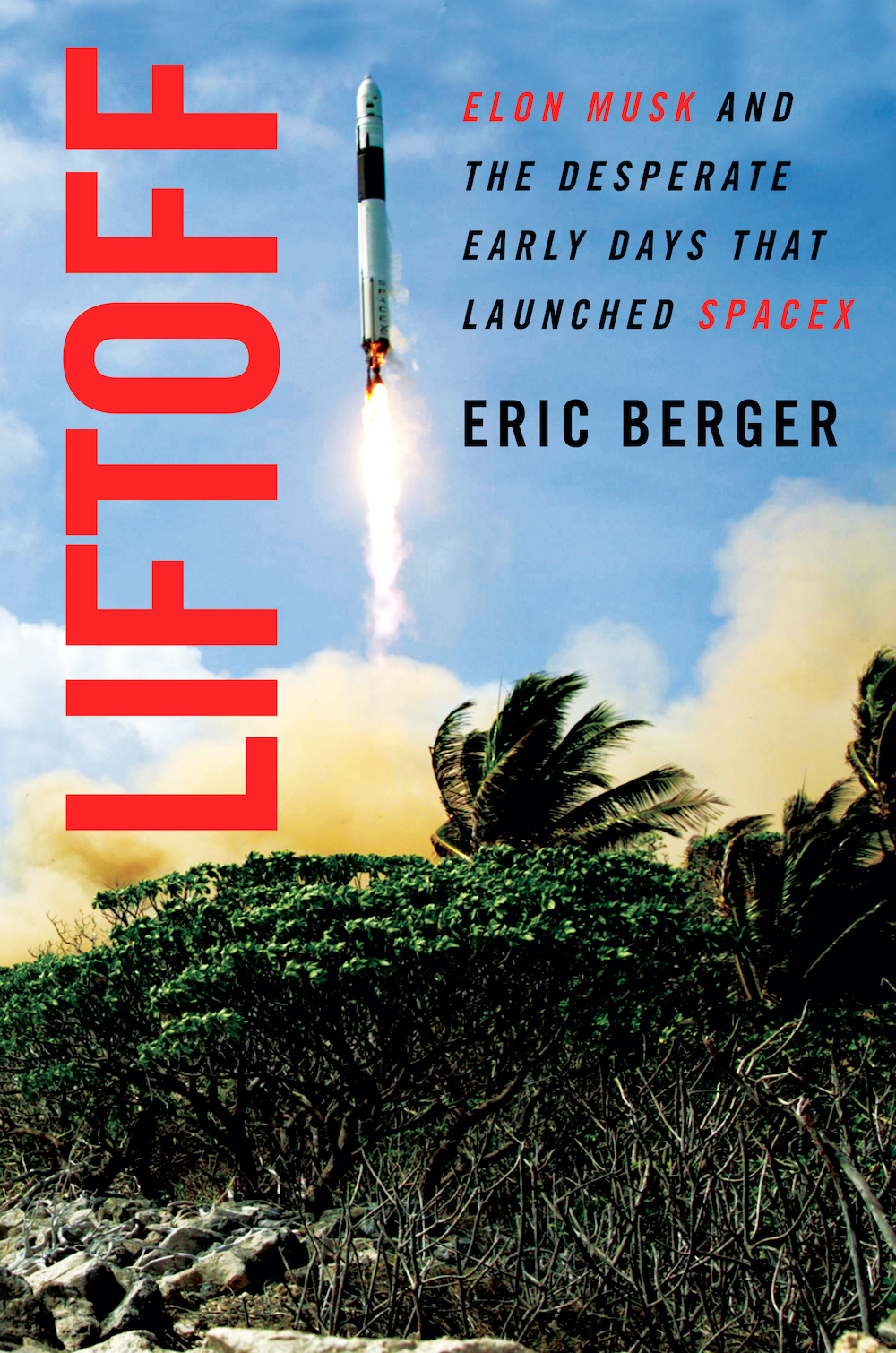 SpaceX launched the first Falcon 1 from Kwajalein Atoll in the Pacific in 2006, but only 30 seconds into the flight the rocket failed and it crashed into the ocean. The next year, SpaceX tried again with a Falcon 1 that spun out of control just before reaching orbit.

Those two flights gave SpaceX the confidence to try to launch payloads for customers on their third attempt, the last for which the company had money. The first stage worked nominally, as the rocket men like to say, but there was an error on stage separation, and the first stage collided with the second stage, destroying the rocket and its satellites. 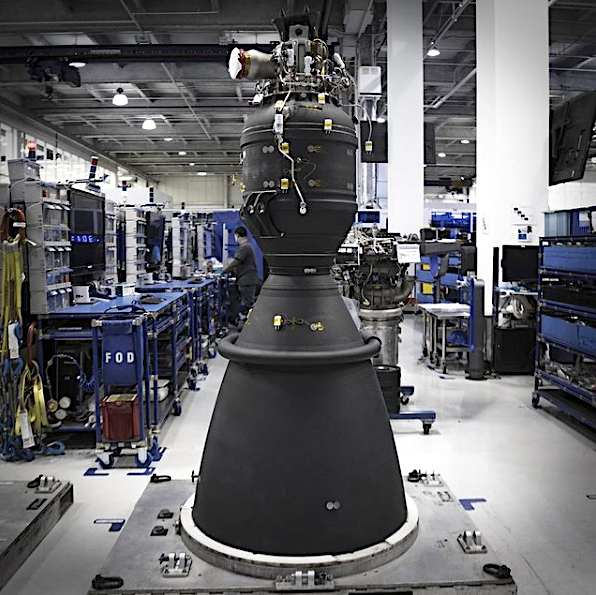 A single Merlin engine, shown in upgraded form in 2015.

By then, Berger explains, SpaceX was broke. But it had a fourth Falcon 1 rocket that it had already built. The company raced against bankruptcy to prep this last rocket for flight, and in 2008, SpaceX achieved orbital velocity, physically and metaphorically.

Berger tells these stories and more as he describes how Musk and SpaceX navigated those perilous early times to become the space juggernaut that delivered the first commercially flown astronauts to the International Space Station.

Liftoff goes on sale on March 2, 2021, but it is available for pre-order now. 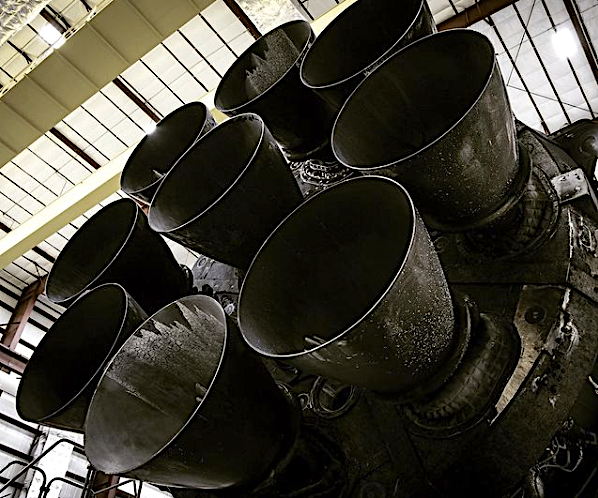 The nine-engine cluster of Merlins used in the SpaceX Falcon 9 first stage booster.