ADVERTISEMENT
Everything Everywhere All at Once
Image courtesy of A24

Everything Everywhere All at Once is a 2022 American film written and directed by Daniel Kwan and Daniel Scheinert (collectively known as "Daniels"), who co-produced it with the Russo brothers. It stars Michelle Yeoh as a Chinese-American woman being audited by the Internal Revenue Service who discovers that she must connect with parallel universe versions of herself to prevent a powerful being from causing the destruction of the multiverse. The film has been described as a "swirl of genre anarchy" and features elements of black comedy, science fiction, fantasy, martial arts film and animation. 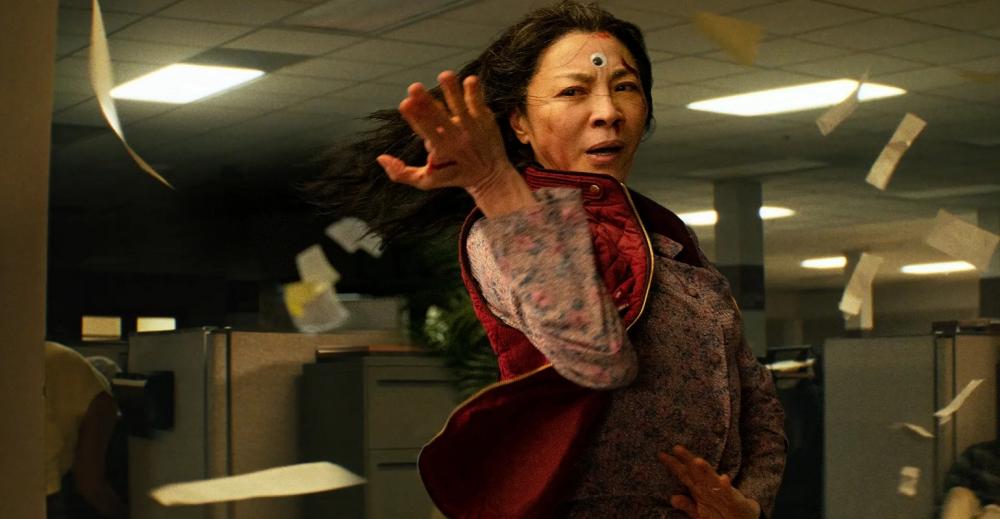