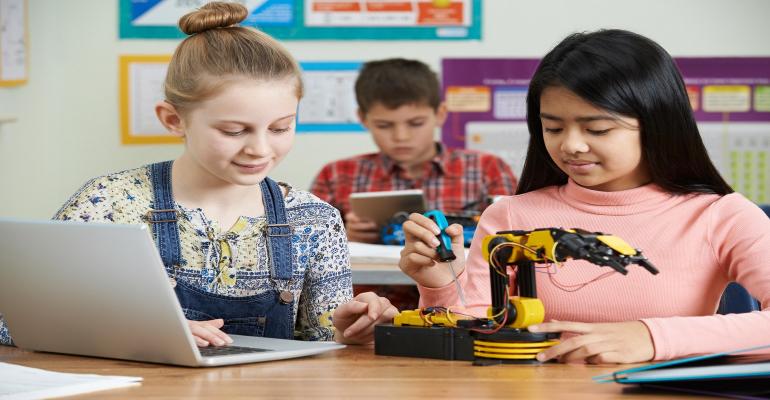 We’re looking at classroom robot activities as well as the role of women in robotics.

The 12th annual National Robotics Week (RoboWeek) takes place April 2-10. Established by Congress in 2010, this tech-focused week demonstrates the positive societal impact of robotic technologies. The goal is to inspire students of all ages to pursue careers related to Science, Technology, Engineering, and Math (STEM).

The word robotics was first used by Isaac Asimov in a 1940s science fiction short story, and it still carries futuristic connotations. Robotics sits at the intersection of computer science and engineering. Robotics has been experiencing rapid advances across a wide range of technologies, from AI and computer vision to big data.

The National Robotics Week website has put together a collection of Resources for Students, which includes tons of classroom activities.

MIT has put together a list of Top Books about Robots.

One of the big changes that has happened in robotics in recent years is the increased number of women in robotics. Historically, women have been underrepresented in both robotics and engineering. We’ve come a long way in the last few decades. As of 2019, women make up 24% of the robotics workforce. That’s significantly higher than the 13% of women in overall engineering.

Research shows that women are “wired” to thrive in this type of environment — they are capable of managing multi-thread thought processes. They bring creativity, innovation, and a fresh perspective to the workplace. As such, women have the potential to excel in robotics and drive innovation.

For more information, go to the Women in Robotics site.

Checking in with Jelena Perkucin of maxon

We interviewed Jelena Perkucin, a sales engineer at maxon’s facility in Switzerland. Maxon makes components for robots that range from aerospace to medical. 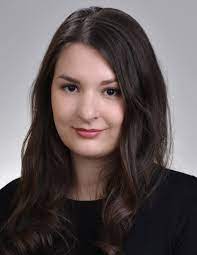 Design News: In your career, were you inspired to enter engineering due to a woman engineer mentor?

Jelena Perkucin: My first steps toward engineering were mostly inspired by my dad. He’s an electrical engineer. Also, my mom is an entrepreneur. She owns a health foods business in Serbia. She was my role model to be self-sufficient and reach for goals. My aunt is a professor of engineering in Glasgow, Ireland.

My dad encouraged me when I was little. We had fun with computers. He didn’t want me to waste time on stupid games. So he taught me 3D puzzles that would inspire me to do more. I got involved in his projects since he enjoyed sharing his work.

My aunt and I were originally from Serbia. She moved from Serbia to Canada where she got her master's and PhD. 15 years ago she moved to the UK and received her professor status at Glasgow University. We talk on the phone. She inspired me because she had to struggle for 30 years as a woman in engineering. It’s tougher to get recognition in academics than in industry. There is still a hierarchy from what I gather.

DN: How important has teamwork been in your development as an engineer?

Jelena Perkucin: It has been very important. I always loved teamwork. I can work alone but I find teamwork fun. At the university, I learned from my colleagues. We could learn from each other’s mistakes in a safe environment, especially in the beginning when you have your strengths and they have there’s. Teamwork made us stronger. For the first two years that helped me tremendously.

My job is now entirely teamwork. When I first interviewed with maxon, I saw that teamwork would be important. From day one, it was a good environment where I could learn. Everyone encouraged me to ask for help if I needed anything. My team here is great. Communication is easy because you get to know your colleagues personally, and teamwork brings you closer together.

DN: Has risking-taking been an important aspect of your progress in engineering?

Jelena Perkucin: I started in Serbia, then I came to Switzerland with a new university degree. I’m more of a calculated risk person, so I calculated the risk in advance. I don’t leap without knowing what I’m getting into. With engineering, we’re taught to assess risk. You put it on paper and if the number is good, you got for it. In some of our applications, we try to take every single risk out.

DN: Do you feel you’ve received support as a woman in engineering?

Jelena Perkucin: In my career, I haven’t experienced any inequality. During my first job as an intern, it was easy. I have never been treated with anything but respect. I was encouraged in primary school when they learned I leaned toward STEM. They encouraged me into engineering because they saw I was leaning toward it. I did projects and competitions and was encouraged to go for it. I never heard: “You’re a girl and you shouldn’t do that.”

On my team, we have three women engineers and five males. It’s not 50/50 but it’s close. I think maxon is doing quite well. We have quite a few women engineers. At work, I see more women in engineering that the overall average.

DN: What changes do you look forward to for women in engineering?

Jelena Perkucin: This is not just for women in engineering, but women in general. In the Western world, we’ve reached the point where there is equality. I don’t think anything is stopping women. Once you get a job and you’re in, the one big question that is not addressed is whether you want a family. That’s a big one.

If you want to have a family, especially if you want more than one child, you need to put your job on hold a bit just when you’re job is going. In Switzerland, you only have three months off. It’s not the same in every country in Europe. It is a big question. I don’t think companies can deal with those issues alone. We need better regulations.