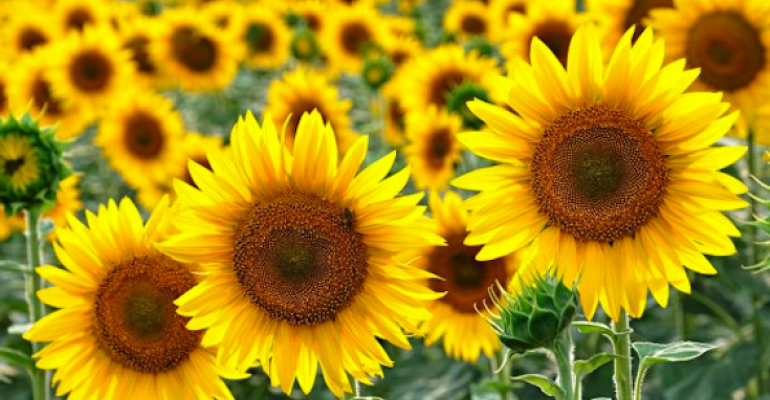 The material is well-suited to bioprinting because it can retain its shape after processing.

Sunflower pollen is the key ingredient to a novel 3D printing ink that researchers said can be used for a variety of medical applications, including tissue engineering, toxicity testing, and drug delivery.

Scientists at Nanyang Technological University, Singapore (NTU Singapore) developed the ink, which can hold its shape when deposited onto a surface, they said. This makes it well-suited to bioprinting—a field that struggles to find materials that can create durable objects, said Professor Cho Nam-Joon of the NTU School of Materials Sciences and Engineering, one of the leads on the project.

“Bioprinting can be challenging because the material of the inks used is typically too soft, which means the structure of the envisioned product may collapse during printing,” he observed in the press statement.

Researchers were able to tune the mechanical properties of sunflower pollen to develop a hybrid ink that creates objects that maintain their structural integrity, Nam-Joon said.

Related: Pollen Turned to the Good Side of the Force Helps Clean Toxic Spills

The use of a natural material such as pollen for the ink also makes it more sustainable and affordable than many of the current inks used in bioprinting, he said.

“Given that there are numerous types of pollen species with distinct sizes, shapes, and surface properties, pollen microgel suspensions could potentially be used to create a new class of eco-friendly 3D printing materials,” Nam-Joon said.

Bioprinting typically uses a method called extrusion, in which inks are dispensed continuously from nozzles and deposited along digitally defined paths to fabricate 3D structures layer by layer.

Because materials used in medical applications are often soft, delicate, or both—such as hydrogels, human cells, and biopolymers—it’s been challenging to print without using some kind of structural support, calling a supporting matrix. However, this creates excess waste because it is discarded after printing, researchers said.

To eliminate this step in the process, scientists already have experimented with developing bioinks from a mixture of hydrogels with fibers or particles for efficient deposition and printability. However, these inks can clog the extrusion nozzle and jam the printer, something the pollen-based ink doesn’t do, researchers said.

Making the ink began with a process similar to making soap; researchers incubated the sunflower pollen in an alkaline solution for six hours to form pollen microgel particles. They then mix the microgel with natural substances--including hydrogels such as alginate, a naturally occurring polymer typically obtained from brown seaweed, or hyaluronic acid, a clear substance naturally produced by the body--to form the final pollen-hydrogel hybrid ink. 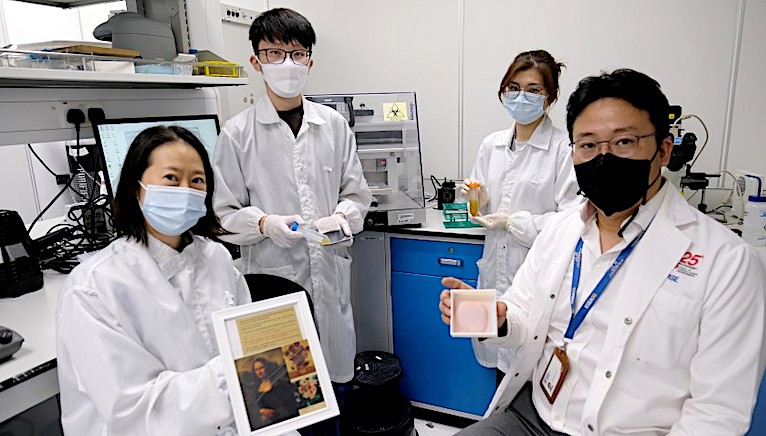 To prove what can be done with the ink, researchers demonstrated a few use cases. They printed a biological tissue “scaffold” that in experiments showed suitability for cell adhesion and growth—steps that are essential for tissue regeneration, they said.

The team also printed a five-layer tissue engineering scaffold that can be used for culturing cells in just 12 minutes, researchers reported. They then added collagen to the scaffold to provide anchor points that cells can adhere to and grow, after which they seeded human cells on the scaffold to see how they would progress.

The scaffold had a high cell-seeding efficiency of 96 percent to 97 percent, comparable to existing cell-culture platforms that are more time-consuming and complex to fabricate, researchers found.

Another use for the soft and flexible pollen microgel particles could be as a recyclable support matrix for other types of 3D bioprinting to eliminate the waste created by currently used support structures, they added.