HomeIndustryHow Much Energy is Consumed by Bitcoin Mining? The Answer Might Surprise You
Recent
Industry
Q&A With IndyCar Gearbox Expert Anna Chatten
May 13, 2022
Intel Unveils Trust Authority to Boost Security
May 13, 2022
Supplier News Looks at Highly Customizable Industrial Monitors
May 12, 2022
Here Technologies Maps are Key to Mercedes Level 3 Automation
May 12, 2022
POLL
'We Built the Domino's Pizza Tracker for Manufacturing'
May 12, 2022
Break Your Bubble Gum Habit by Watching Its Production
May 12, 2022
This Patch Monitors All Your Vitals, Including Blood Pressure
May 12, 2022
First E-Skin to Anticipate, Perceive Touch from All Directions
May 12, 2022

How Much Energy is Consumed by Bitcoin Mining? The Answer Might Surprise You 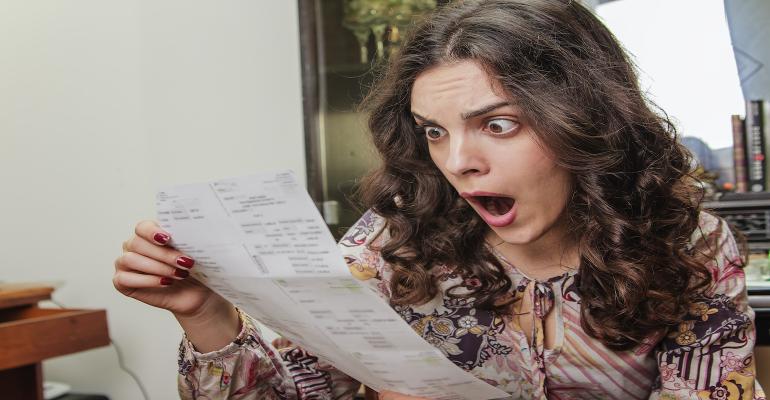 The recent controversy over the amount of power consumed by bitcoin mining might be displaced. Consider the numbers.

The cryptocurrency bitcoin has made news in recent months due to its up-and-down value and its use of electricity. So how much electricity is required to power the Bitcoin network via bitcoin mining? The University of Cambridge's Bitcoin Electricity Consumption Index (CBECI) answers that question by comparing Bitcoin's power consumption with various countries and companies.

A terawatt hour (TWh) is a measure of electricity representing 1 trillion watts sustained for one hour. According to the CBECI, the current estimated consumption for Bitcoin mining-related activities is 114 TWh.

To put these numbers in perspective, the CBECI has attempted to provide an "unbiased and objective ground for helping visitors to independently assess the magnitude of Bitcoin's electricity consumption and compare it to other uses of electricity." The index notes that global total electricity production is 25+ TWh, of which Bitcoin represents a mere 0.46 percent.

Here are a few fun facts from the index comparison page:

-- The amount of electricity consumed every year by always-on but inactive home devices in the USA alone could power the Bitcoin network for 1.9 years.

-- The amount of electricity consumed by the Bitcoin network in one year could power all tea kettles used to boil water for the United Kingdom for 26 years.

If Bitcoin were a country, it would rank 29th out of a theoretical 196, narrowly exceeding Norway's consumption of 124 TWh, notes the CBECI. However, compared to larger countries like the U.S. (at around 4,000 TWh) and China (near 6,500 TWh), the cryptocurrency's energy consumption is relatively light – for now.

But bitcoin mining still consumes a great deal of energy. It has forced nations with precarious power supplies to ban the activity – most recently, Iran.

Bitcoin is a software protocol and peer-to-peer (P2P) network that enables the digital transfer of value across borders without relying on trusted intermediaries. Instead, Bitcoin is an open system in which anyone can participate in the network by sending, storing, and receiving payments without asking anyone for permission.

Bitcoin refers to both the protocol and network and (somewhat confusingly) the cryptocurrency, also called bitcoin (BTC). The cryptocurrency acts as the universal unit of value within the Bitcoin network.

New bitcoins are issued on average every 10 minutes through mining, which involves adding transaction records to Bitcoin's public ledger called the Blockchain. It exists so that every transaction can be confirmed, and every single user of the network can access this ledger. It is also used to distinguish legitimate Bitcoin transactions from non-legitimate ones.

Potentially harmful environmental emissions generated by power sources due to bitcoin mining depend upon how and where the power is produced. For example, coins mined where hydropower is cheap, abundant, and eco-friendly – such as in the U.S. Pacific Northwest – are more desirable in coal-heavy regions like China or India.

Today's mining computing boxes aren't inexpensive nor low-power. A serious mining box contains between 200 to 500 ASIC customized ASIC chips and collectively consumes between 2.5k and 4k watts. And bitcoin mining is only going to consume more power in the future.