How is 5G Driving the Harvesting of Renewable Energy? 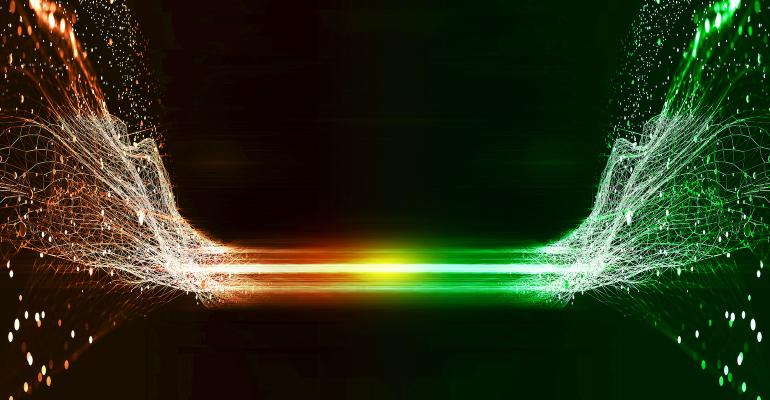 Most people think of photovoltaic solar panels when asked about energy harvesters. But with the commercial introduction of wireless smartphone charging a few years ago, harvesting RF energy has become another major source of renewable harvested energy.

Research and development into energy harvesting technologies have accelerated thanks to the massive growth of the Internet of Things (IoT) and the evolution of ultra-low-power electronics like MCUs. The automation of homes, cities, farms, and the like would be significantly diminished without the advances made in energy harvesting devices that reduce or even eliminate the need for batteries. Of course, energy harvesting systems typically work in conjunction with supercapacitors or rechargeable batteries but not always.

The global energy harvesting market size is predicted to grow at a compound annual growth rate (CAGR) of 6.5 percent from 2020 to 2027, notes a report from Grand View Research. The report attributes the growth to the rising adoption of Energy Harvesting Systems (EHSs) in rural areas to avoid power interruptions and supplement the primary source of electricity.

President Biden's recent proposal to improve the U.S. transportation and data infrastructures while focusing on green energy solutions will only increase the need for energy harvesting systems.

Energy harvesting or scavenging is a process by which energy is derived from external, ambient sources. The most common sources of ambient energy come from sunlight, vibration, thermal temperature differences, and RF transmission sources.

Energy harvesting devices convert this ambient energy into electrical or sometimes mechanical energy. It is identical to large-scale renewable energy generation – like solar or wind power - but on a much smaller scale.

New types of energy harvesting components and devices are emerging with increasing frequency. For example, researchers at Georgia Tech have just announced a 3D-printed rectifying antenna the size of a playing card that can harvest electromagnetic energy from 5G signals. This harvesting is another example of how latent or unused wireless signals can be used as a power source.

The researchers note that 5G millimeter-wave energy harvesting has been possible for some time. In the past, it just wasn't practical because long-range power harvesting tends to require large rectifying antennas, which tend to work in narrower bands of frequencies. This means that the antennas would only capture energy if pointed in the right direction.

However, the Georgia Tech team found a way to make an antenna that could receive power from any direction, greatly increasing the flexibility of such a device.

In addition to improvements in the design of the antenna, it is also important to factor in the source of the wireless signal. For example, it has been known for some time that energy harvesting of a smartphone's radio wave would extend the device's battery life by 30 percent or more. Several years ago, researchers at Ohio State showed that harvesting energy at the point of origin was far more efficient than attempting to generate electricity using whatever diluted radio waves happen to be passing through the air. In this case, efficiency is a measure of how quickly the harvester could recharge the smartphone's battery.

Pulling latent wireless energy out of the air is only one part of the energy harvesting equation. Once the energy is captured, it must be conditioned. A small Ambient Energy Manager (AEM) massages this energy/power and delivers it to a rechargeable storage element and the device that needs to be powered.

Power requirements for a typical energy harvesting application are around 50mV to 5V. At this year's CES 2021 event, an e-PEAS AEM device was used to transfer energy from a photovoltaic harvester to a storage element and then to a Sequans' Monarch cellular LTE-M/NB-IoT module. The module was then used to power a sensor device measuring power, light, and humidity. The demo required no batteries

Of course, energy harvesting innovation can be found beyond the wireless and telecom industries. Another rising star for energy harvesting technologies can be found in the wearable health market. Scientists and engineers at the University of California-San Diego recently developed a "wearable microgrid" shirt that incorporates sweat-powered biofuel cells, motion-powered triboelectric generators, and supercapacitors to stores the generated electricity.

All of the parts are screen-printed onto the fabric, including the waterproof silver circuitry that connects them. Since it is clothing, everything is flexible, stretchable, foldable, and washable (but only without detergent).

Energy harvesting techniques are also being incorporated in smart homes and buildings. For example, Swiss researchers recently demonstrated an environmentally friendly way to make spongy wood flooring to generate electricity with every step on the floor.

Scavenging energy from the floor is based on the piezoelectric effect. The mechanical stresses caused by the compressed floor material act to separate the charged particles within the piezoelectric material to separate, thus creating a voltage difference. When connected to a circuit, the voltage produces a current to provide power to a battery or capacitor.

Using all of these different types of energy harvesting systems – plus others – will complement and may even eliminate the need for extra batteries in the future “smart” world. 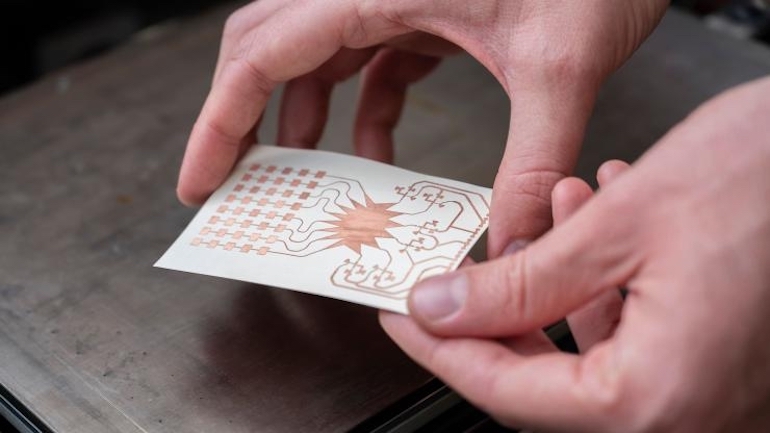