Michelob ULTRA beer will soon hit the shelves in its most sustainable low-carbon can, using aluminium supplied by Rio Tinto.

More than 2.5 million of the Michelob ULTRA “low-carbon cans” will be distributed regionally in the United States over coming months, through a partnership between America’s leading brewer Anheuser-Busch and Rio Tinto to deliver a new standard of sustainable aluminium cans.

Rio Tinto supplied aluminium to Anheuser-Busch from its ELYSIS joint venture, which is scaling up a breakthrough new technology that eliminates all direct greenhouse gases from the aluminium smelting process, producing oxygen instead.

The ELYSIS metal has been combined with low-carbon aluminium from Rio Tinto’s hydro-powered operations and recycled content, to produce Michelob ULTRA cans with 30 percent less carbon emissions per can.

The Michelob ULTRA pilot is the first outcome from an industry-first global MOU the companies signed in October 2020 committing to work with supply chain partners to bring AB InBev products to market in cans made from low-carbon aluminium that meets industry-leading sustainability standards.

Currently, around 70 percent of the aluminium used in Anheuser-Busch cans produced is recycled content. By pairing this recycled content with low-carbon aluminium, the brewer will take a key step towards reducing the carbon emissions in its packaging supply chain, which is the largest contributor of emissions by sector in the company's value chain. 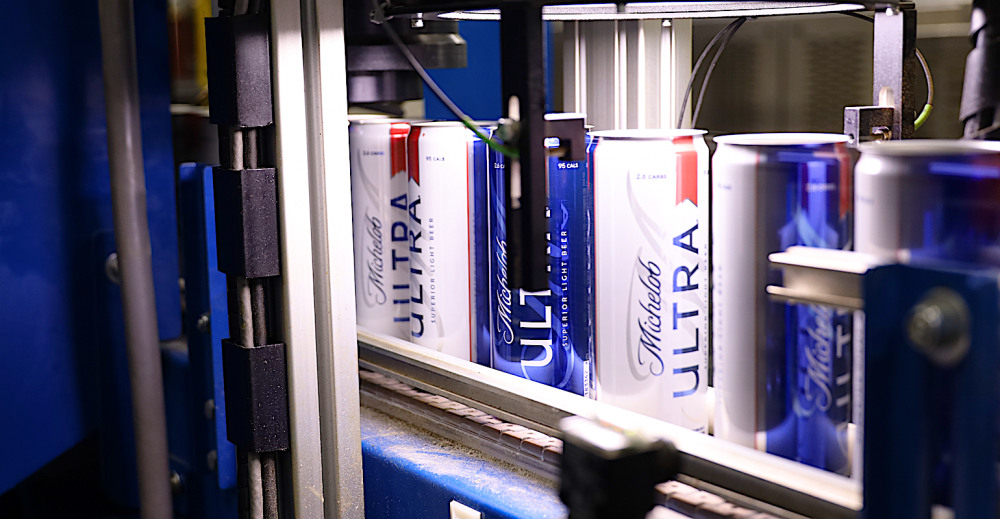