HomeIndustryGeneral Motors’ Gerald Johnson is Black Engineer of the Year
Recent
Industry
Will I See You at the Virtual 2022 RT-Thread IoT OS Global Tech Conference?
May 27, 2022
Novel Silk-Protein Eyed for Tendon Repair
May 27, 2022
NTT Data Powers Indy 500 Predictive Analytics
May 27, 2022
At NI Connect: More Companies Discuss Benefits of Test
May 27, 2022
POLL
Supplier News is Checking Out Programmable Automation Controllers
May 27, 2022
What's the Latest in Additive Manufacturing?
May 26, 2022
Top Gun: Maverick Roars into Theaters
May 26, 2022
New 3D Printing Technique Prints Glass for Microstructures
May 26, 2022

General Motors’ Gerald Johnson is Black Engineer of the Year 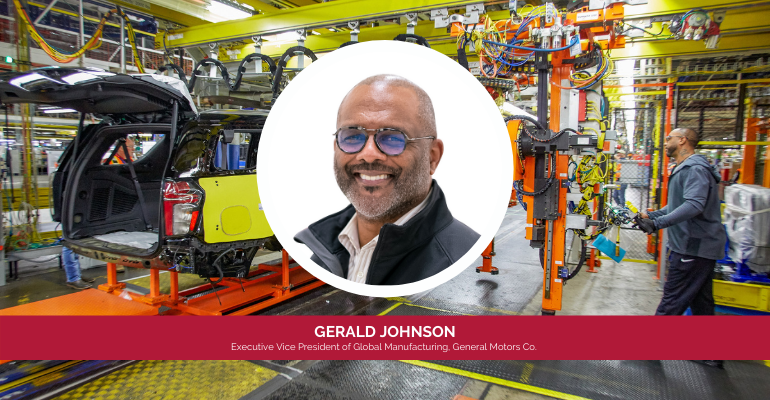 General Motors Executive Vice President of Global Manufacturing Gerald Johnson has received the Black Engineer of the Year Award for his tireless efforts during 2020 to not only navigate the carmaker’s production through the pandemic but to simultaneously pivot to the manufacture of personal protective equipment and ventilators.

Johnson oversees the quality and safety performance of 103,000 GM employees in more than

Related: GM Engineer Traded Driving the Lane for Cars that Drive Themselves

129 manufacturing facilities on five continents in 16 countries. In response to the pandemic, Johnson and his team quickly shifted manufacturing and engineering resources to producing ventilators for Covid-19 patients and masks for frontline health workers.

Of course, putting workers into those factories at that time was its own challenge because of the need to prevent spreading the virus among them. The BEYA organization credits Johnson with leading development of GM’s robust safety protocols and return-to-work strategies that made it possible to safely reopen GM plants and other operations.

Related: Soap Opera: How Ford Engineer Camilla Rice Cleans Up With Her Own Soap Company 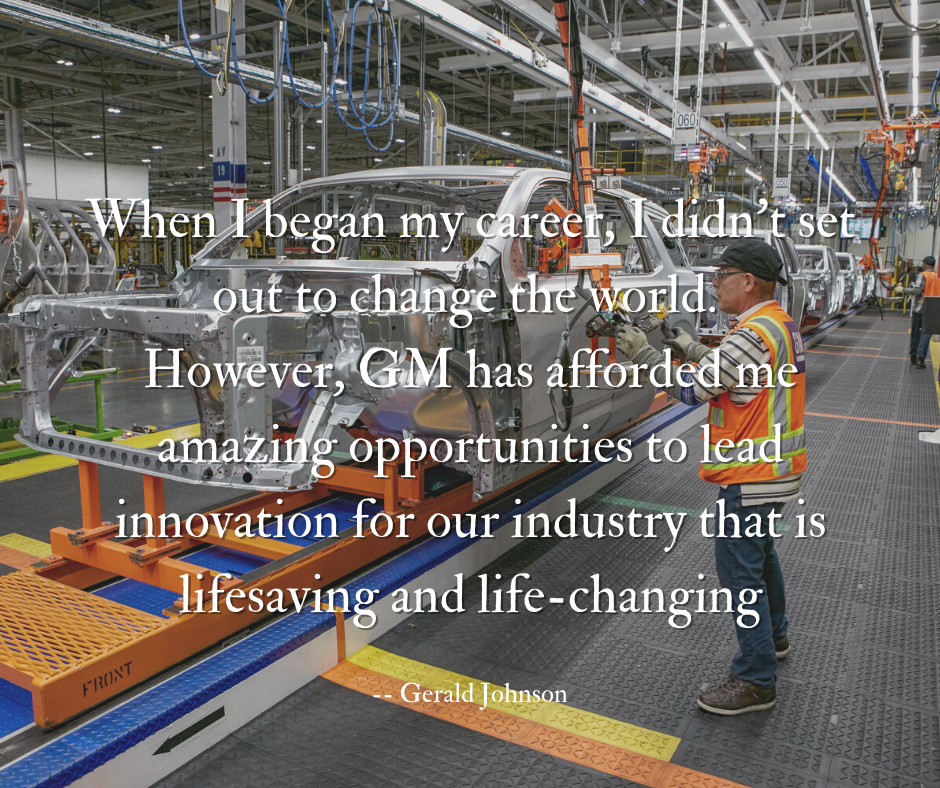 “I am incredibly humbled to be named among the distinguished list of Black Engineer of the Year recipients,” said Johnson. “When I began my career, I didn’t set out to change the world. However, GM has afforded me amazing opportunities to lead innovation for our industry that is lifesaving and life-changing.”

Johnson began his GM career four decades ago as a co-op student from what was then called General Motors Institute (now Kettering University) and today he serves on GM’s Inclusion Advisory Board to help other students follow in his footsteps.

“Manufacturing has been Gerald’s passion since he was an 18-year-old co-op student, and he has dedicated his career to continuously improving how we build vehicles and components with the highest level of quality and efficiency,” GM president and CEO Mary Barra said. “His leadership and steadfast integrity have made General Motors a better company.”

Barra’s words carry extra weight as a pioneer female engineer and executive in the company who, like Johnson, attended GMI before working as a plant manager and vice president of Global Manufacturing Engineering.