Fido’s Hip Implant Could Be Next-Gen Prosthetic for Humans 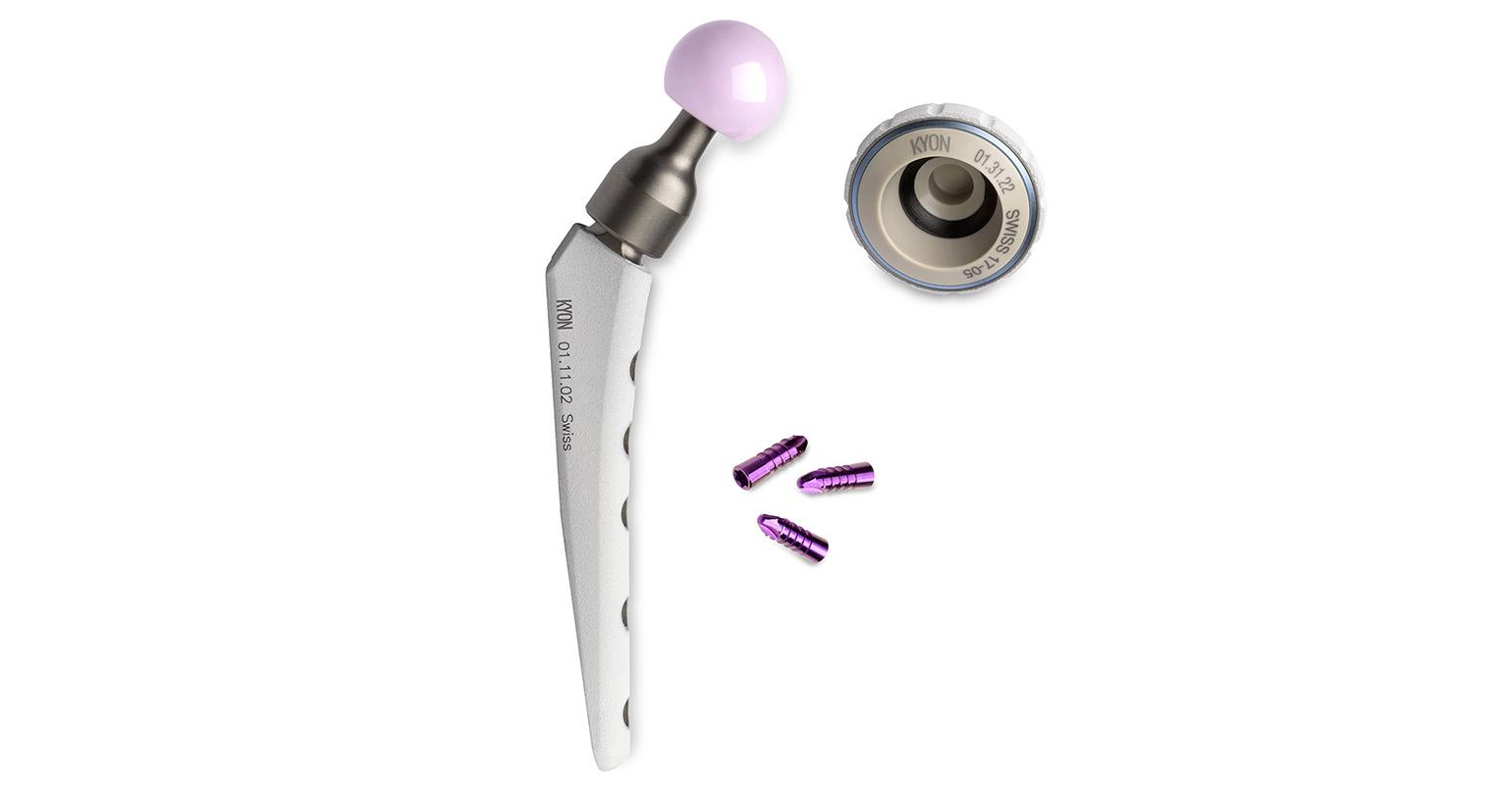 A hip implant with a carbon-fiber-reinforced PEEK ring between the ceramic head and cup is keeping pets active and, to date, has not required revision surgery. Evonik believes the technology could extend the service life of human implants fourfold.

More than 6,000 PEEK-based cement-less hip prosthetics developed by Swiss company Kyon have been implanted successfully in dogs and cats without requiring any revision surgery to date. A carbon-fiber-reinforced PEEK inlay between the ceramic head and cup, fabricated from Evonik's VESTAKEEP material, is at the heart of the technology. Now, Evonik is partnering with medical specialists at the Center for Knee and Hip Replacement at Massachusetts General Hospital (Mass General) in Boston to test the technology for complex joint prosthetics in humans. The research could significantly extend the service life of these implants.

Inlays, or friction partners, between the head and cup of a hip implant anchored to the bone are a weak link in conventional hip implants, according to Evonik. By using a ceramic-on-PEEK construction, “linear wear is reduced by a factor of seven compared to conventional pairings, which is why we have based our latest generation of hip prostheses [for pets] on this material combination," explained Guy C. Spörri, CEO of Kyon.

According to Marc Knebel, head of the Medical Systems market segment at Evonik, the PEEK biomaterial in humans could "extend the service life of a hip prosthesis fourfold." Notably, millions of patients worldwide could avoid years of pain-relieving therapies as they await surgery, according to Evonik. To reduce the possibility of revision surgery when the patient is older and at greater risk of complications, medical professionals typically urge patients to wait until they have reached a certain age to undergo the procedure.

Joints are complex movement systems that fulfill important anatomical functions and are constantly exposed to heavy stress, explained Evonik. Of course, there are significant differences in terms of weight and movement cycles in dogs compared with humans. “The weight of a dog is between 3 and 70 kg (6 and 154 lb), depending on the breed, and is significantly lower compared to humans with their average of 80 kg (176 lb),” said Spörri. “But if you look at the movement cycles, our prostheses are subjected to much more stress than those used in human medicine. The number of movement cycles in dogs and cats is 10 times higher than in humans. We offer our hip prostheses in different sizes, since size is a relevant requirement for pets. From the Kyon perspective, we can, therefore, build on the in-depth knowledge in size scaling of our technology.” The tribological behavior of VESTAKEEP is the “decisive feature for compensating frictional stress between the hip system components during millions of movement cycles,” added Evonik’s Knebel. “PEEK-based implants can withstand even extreme physical stress, such as during sports, very well."

"The regulatory approval process in human medicine is strictly oriented toward added value for patients,” continued Knebel. “We have to provide sufficient evidence of this added value to attract partners for further development steps. For this reason, we are cooperating with Massachusetts General Hospital, testing our material for tribological properties in its professional laboratories and receiving valuable feedback,” said Knebel.

In particular, Evonik has received a ringing endorsement from Orhun K. Muratoglu, PhD, Director of the Harris Orthopaedics Laboratory and Director of the Technology Implementation Research Center (TIRC) at Mass General and Professor of Orthopedic Surgery at the Harvard Medical School. “At the Harris Orthopaedics Laboratory, we used our state-of-the art in-vitro wear-testing machines to evaluate the performance of medical-grade PEEK formulations for orthopedic joint-replacement applications, such as hip and knee implants,” said Muratoglu. “[We] found that UHMWPE-PEEK pair has similar or better performance than that of the gold standard UHMWPE-CoCr pair.”