Do You Have an Engineering Failure Resume? 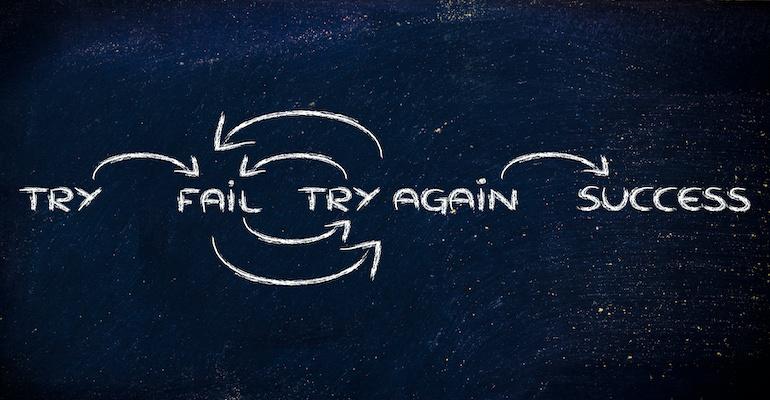 All engineers fail, and that’s not necessarily a bad thing.

Failure is an integral part of the engineering experience. It is so common that it has become an expectation and even affectionally referred to as Murphy’s Law: "Anything that can go wrong will go wrong".

It has been stated that the great American inventor Thomas Edison was once asked by a reporter how it felt to fail 700 times in the creation of the light bulb. His response: I have not failed 700 times. I have not failed once. I have succeeded in proving that those 700 ways will not work. When I have eliminated the ways that will not work, I will find the way that will work."

Henry Petroski, the famous American engineer specializing in failure analysis, wrote the following in his book, To Engineer Is Human: The Role of Failure in Successful Design: “I believe that the concept of failure… is central to understanding engineering, for engineering design has as its first and foremost objective the obviation of failure. Thus, the colossal disasters that do occur are ultimately failures of design, but the lessons learned from those disasters can do more to advance engineering knowledge than all the successful machines and structures in the world.”

Of course, engineers struggle to design things in such a way as to avoid failure or at least catastrophic failures which could result in loss of property or life. By studying past engineering disasters, modern engineers can learn what not to do and how to create designs with less of a chance of failure.

But engineering does not take place in a vacuum. In addition to technical, cost, and time challenges, engineers must deal with external constraints including politics, legal, and corporate mandates. The latter often creates an extremely risk-averse environment that can breed a deep fear of failure, where even the smallest of failures can harm an engineer’s career and minimize years of positive contributions.

How can engineers, corporations, and others become more accepting of the role of failure in ultimate engineering success? Tim Boyd, a recognized systems engineer and speaker at the INCOSE Western States Regional Conference (WRSE), surveyed a number of technical professionals to find out by asking them to share their “failure resumes.” He asked them to recall a specific failure that happened very early in their career and what they learned from the experience. Their responses were summarized into five areas.

One common failure was the desire to “rush into the fire” to solve everyone’s problems as quickly as possible. But that’s an impossible goal. The best than can be done is to focus on the problems that are within one’s ability to address, explained Boyd.

Poor communication was another common challenge. Even in engineering activities, it can be difficult to convey the desired message, especially when communicating amongst multi-discipline teams. That’s why careful collaboration is needed at all levels.

A lack of technical experience has doomed more than one project. All engineers start as novices, especially those right out of school. It’s important that junior engineers have mentors to help them fail successfully and learn to sidestep damaging corporate cultures and political minefields.

Another area from which failures often arise is that of not managing expectations. It’s dangerous to imitate a MacGyver or Scotty persona when asked for inputs to engineering design. Eagerness to succeed can often lead one to inflate expectations. But a seasoned engineer will set the right level of expectations – and no more – with colleagues, managers, and customers.

Finally, not listening to others is a common source of future failure. Even the best listeners can become excited about contributing to a conversation and not really hear what the current speaker is saying. Overcoming his problem is not easy, which is why it’s often best to restate what someone has said before adding your contribution.

How can engineers appreciate their own personal areas of failure? Boyd suggested the creation of a failure resume.

“A failure resume is like a regular resume, but instead of focusing on all the great things you've done and all the successes you've had, it focuses on all the failures,” explained Boyd. “It requires understanding how you failed over the course of your career, both personal and professional. But it's a tough conversation to have with yourself.”

To illustrate, Boyd shared a very simplistic version of his own failure resume. To begin with, he looked back over his academic career, specifically the schools for which he was not accepted. Eventually, the school he did attend proved to a great learning experience and one that he thoroughly enjoyed.

Next, he considered the jobs for which he wasn’t selected. He felt qualified for these jobs that didn’t materialize. In these cases, it was the process of trying that proved beneficial. He learned from each of these failures and used that experience as he applied to other jobs. He also had a belief that his career was moving in the right direction, that he had made the right decisions from the choices available to him.

Finally, Boyd suggested examining one’s extracurricular failures. One should reflect on how even these perceived failures opened up new opportunities over the course of time and how they actually shaped one’s personal life and professional career – often for the better.

Failure is a fact of life especially if one is an engineer. It will happen multiple times over a career. But such experiences can be invaluable if seen as lessons that will eventually lead to successes.

As Edison noted, failures can teach us how not to do something before eventually guiding us to the thing that works.

Apollo 13 Movie Was Engineers' "Failure is Not an Option" Moment in the Spotlight
Apr 08, 2020