Home>Industry
Recent
Industry
1 Big Challenge for OTA Design Is Coexistence Testing. Will You be Successful?
May 05, 2021
2 Tools to Avoid Costly System Maintenance and Unexpected Testing
May 05, 2021
Top 20 Engineering Schools That Produce the Best-Paid Graduates
May 05, 2021
Using Data to Drive Change
May 05, 2021
Time Wasted at Traffic Lights Is Astounding. You Could Get Some of it Back
May 05, 2021
Simulation is Your Way to Embedded Software Success
May 05, 2021
How to Build a Better Automotive Interface
May 05, 2021
5 Key Findings in Test and Measurement Taunt Engineers
May 05, 2021 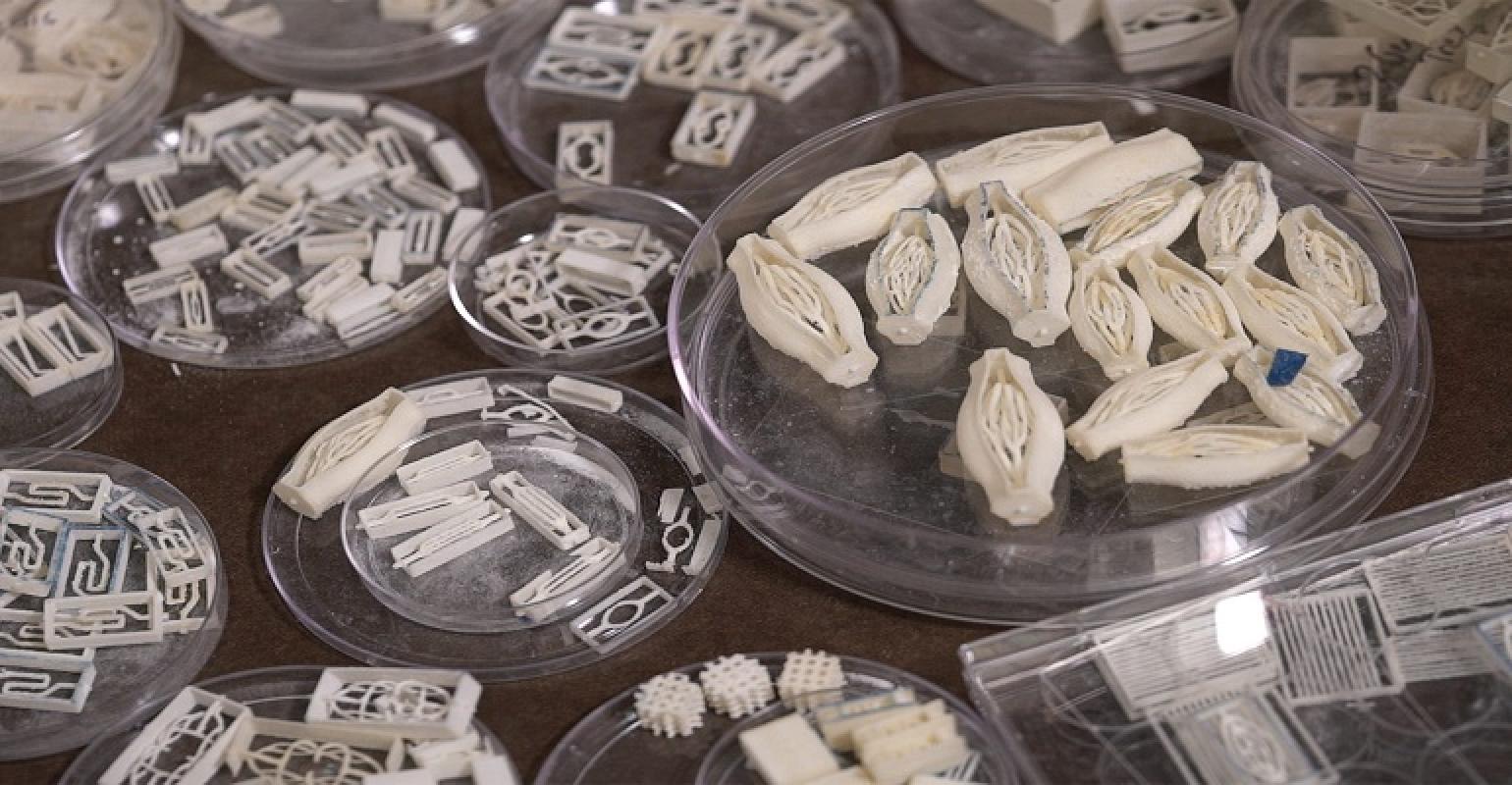 A sample of blood vessel templates that Rice University bioengineers 3D-printed using a special blend of powdered sugars.
A team from Rice University used sugar to fabricate blood-vessel chains in the lab that mimic ones found in the human body.

Researchers have found a sweet and rather unusual way to create artificial blood vessels that can mimic those found in the body.

A team at Rice University has used 3D printed templates of powdered sugar as the basis for lab-grown materials that could keep densely packed cells alive for two weeks in complex, artificial blood-vessel networks.

In the past, it has been a challenge for researchers developing artificial vascular materials like blood vessels to combine large tissue structures with the hundreds of millions of living cells required to create the complexity of vessel networks, said Ian Kinstlinger, a bioengineering graduate student in Rice’s Brown School of Engineering who worked on the project.

“Delivering enough oxygen and nutrients to all the cells across that large volume of tissue becomes a monumental challenge,” he said in a press statement.

Related: Has COVID-19 Created a Tipping Point in the MedTech Industry?

By studying how vascular networks naturally occur in the body, however, researchers were able to come up with a solution.

Blood vessels weave through human tissues and organs in patterns that look like tree limbs, becoming smaller in thickness but greater in number as they branch out from a central trunk. It’s this structure that allows oxygen and nutrients critical to the human system to be delivered throughout the body.

To mimic this network, researchers used a 3D process known as selective laser sintering, which fuses grains of powder into solid 3D objects, said Jordan Miller, an assistant professor of bioengineering at Rice who led the research. This type of printing allows for more stable structures than extrusion printing, another common additive manufacturing method.

In this case, the powder used was powdered sugar, something Miller first worked with using laser sintering in 2013 while studying at the University of Pennsylvania.

“There are certain architectures—such as overhanging structures, branched networks, and multi-vascular networks—which you really can’t do well with extrusion printing,” he said in a press statement.

The team also developed a computational algorithm to generate the treelike vascular architectures in collaboration with Nervous System, a design studio that uses computer simulation to fabricate art, jewelry, and housewares inspired by patterns found in nature.

For its part, sugar was an optimal material to mimic vascular networks because it’s durable when dry and dissolves quickly in water without damaging nearby cells, Miller said.

To create the artificial networks, researchers used a special blend of sugars to print templates and then filled the volume around the printed sugar network with a mixture of living cells in a liquid gel, they said. Within minutes, the gel became semi-solid, and the sugar dissolved and flushed away, leaving an open passage for nutrients and oxygen to flow through the networks.

After creating tissues patterned with computationally generated vascular architectures, researchers then demonstrated the seeding of endothelial cells inside the channels to see how the cells grown in the surrounding tissue would survive and function. The Rice team collaborated with researchers at the University of Washington on this part of their research.

Researchers published a paper on their work in the journal Nature Biomedical Engineering.

One of the key benefits to the work is that researchers can quickly assemble structures at a rate faster than ever before.

“We can create some of the largest tissue models yet demonstrated in under five minutes,” Kinstlinger said in a press statement.

The team also showed that they can sustain living tissues longer through the development of these 3D vascular networks, but the work still has a long way to go before it can be used in clinical trials or actual human applications.