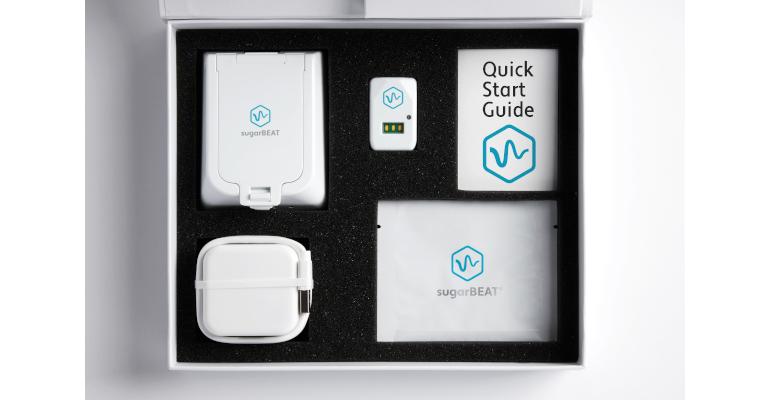 “The positive thing about that,” he said, “is that it is something you can reverse, because [these conditions] are more to do with dietary factors, lifestyle factors, etc.” And while these patients do not necessarily need to have continuous glucose monitoring, having information about their metabolic health can help them make needed changes to improve their health, he noted. “Currently, around 800,000 are on some program—a drop in the ocean compared to the total number,” he said.

Related: What do the Experts Say About AI in 2021?

Nemaura Medical aims to assist this population with the launch of its BEATdiabetes program, which does more than just simply measure glucose levels, said Chowdhury. “We're going to gather that data and we're going to give you back a report, in an illustrated format,” he explained. “In an instant, a patient could know where they stand, and how well they are performing, or how well they stabilize their sugar levels, because it's really that empowerment that is more important [in making lifestyle changes].”

The BEATdiabetes program consists of a noninvasive, daily wear glucose monitoring patch, used in conjunction with a smartphone app. In the patch, “glucose is extracted to the surface of the skin through a controlled diffusion process, where it reacts with glucose oxidase enzyme to produce an electrochemical signal,” Chowdhury said. “This signal, measured in nano-amps, is sent by low-energy Bluetooth every five minutes to a smartphone app (Android or IOS), where it is converted to a glucose value, using a proprietary algorithm.”

Related: Medical wearables: What they're wearing at CES this year

The smartphone and tablet app provides users with scientifically validated, personalized coaching driven by a digital platform. Lena, its AI avatar, learns about user habits. As new information is processed, Lena offers feedback and encouragement to the user.

Besides targeting the clinical prediabetic and Type 2 diabetes markets, Chowdhury said Nemaura Medical is hoping to eventually reach consumers directly because the BEATdiabetes program that runs off ProBeat doesn't require FDA approval. “The reason for that is that we gather the data and we provide feedback in retrospect, so therefore there’s no risk to the patient,” he noted. “Ultimately, what happens on a day-to-day basis at a moment in time is less important to us than us gathering that data and giving them the full picture and feedback on the basis of a few days of evaluation.”

To this end, Nemaura Medical has decided to initially go to corporate and healthcare insurers with the BEATdiabetes program, since the cost of managing someone with Type 2 diabetes can be as much as $12,000 a year, in terms of loss in productivity and working hours, not to mention quality of life concerns.

“By the end of this year, we will have spoken to every single healthcare insurer in the U.S.,” Chowdhury said. “Our intention is selling the service, the offering, and the benefits to the corporate and healthcare insurer, so that will be the initial route,” he said.

“We’re in a digital health kind of era where it is possible to create tangible benefits for people using tools like this so I think we’re quite fortunate in that regard,” Chowdhury concluded.