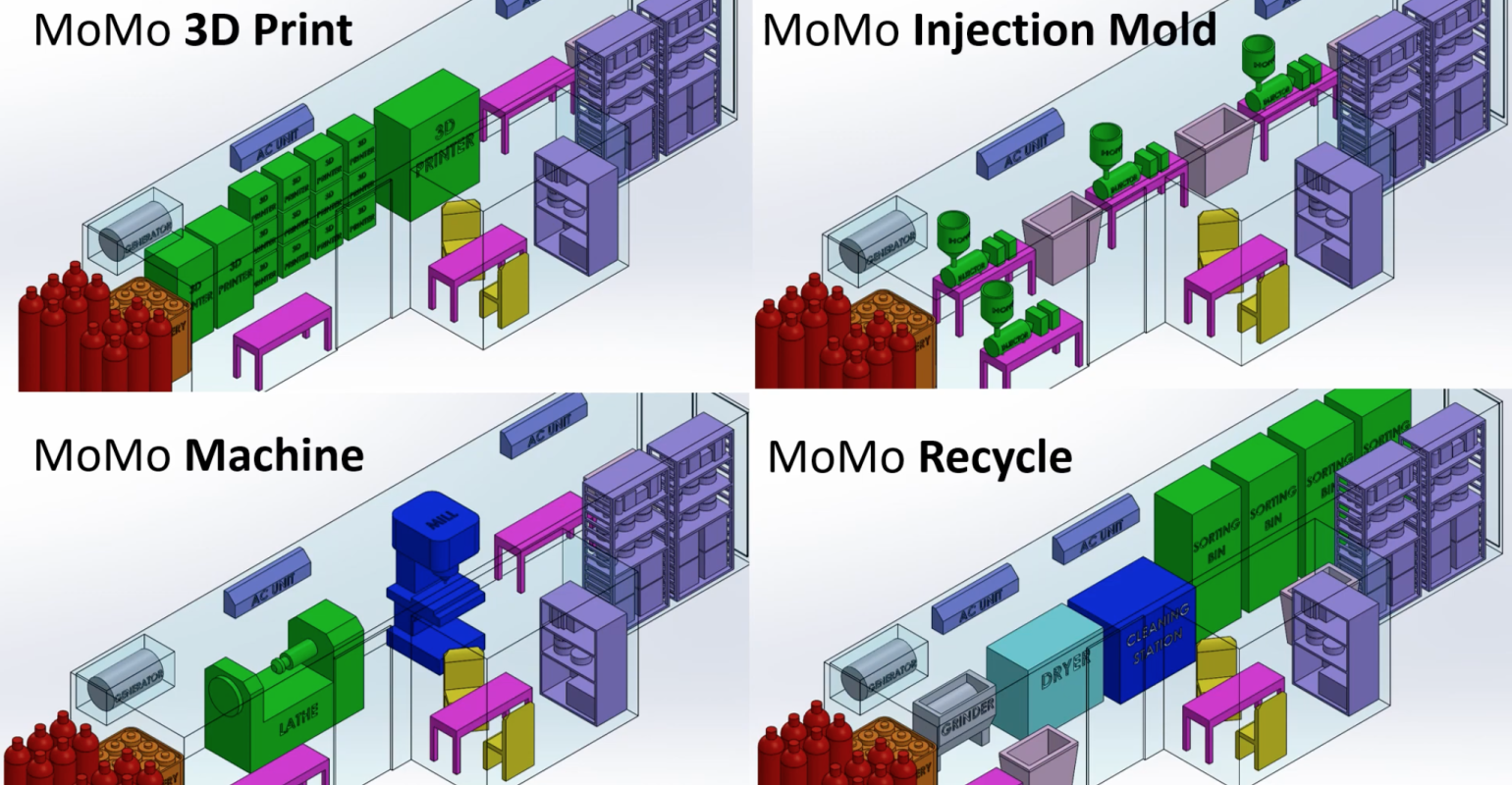 While the first-, second-, and third-place winners of the Jersey City Rapid Maker Response Group (JCRMRG) health hackathon were impressive, so too were a few of the notable mentions.

One example was the Germ Eraser, submitted by the Studio Survivors Crew. The team wanted to address the finding that showed COVID’s capability to live on plastic and stainless-steel surfaces for up to three days. Their answer was to use a promising source of sanitization, namely, ultraviolet light (UV). According to the CDC, UV is a form of non-ionizing radiation that is emitted by the sun and artificial sources such as tanning beds. While UV-A and UV-B have health risks for human skin and eyes, UV-C’s lower wavelength is safer for skin and eye exposure.

Related: Get These DIY Gadgets into Your Life

The team wanted to address the finding that showed COVID’s capability to live on plastic and stainless-steel surfaces for up to three days. Their answer was to use a promising source of sanitization, namely, ultraviolet light (UV). According to the CDC, UV is a form of non-ionizing radiation that is emitted by the sun and artificial sources such as tanning beds. While UV-A and UV-B have health risks for human skin and eyes, UV-C’s lower wavelength is safer for skin and eye exposure.

For this reason, among others, the team chose to develop a UV-C device called the “Germ Eraser.” It is a portable UV-C light that shines on an unclean surface before touching. The team designed it to be about the size of a standard handheld thermometer. The user would simply shine the light on a surface for about eight seconds to disinfect it.

The Germ Eraser was made from an ABS or PETG injection-molded housing that contained the following components:

The goal was to ensure that the device was completely mechanical to both reduce cost and increase reliability. The simple push-button design would ensure ease of use and the indicator light would be timed to extinguish when the surface had been sufficiently dosed with UV-C radiation.

The target audience included teachers, janitors, office workers, medical professionals, and the like. The creators envisioned the device as being ideally suited to clean door handles, a student’s desk before class, and tables before eating with a simple eight-second dose of UV-C. They had calculated that UV-C is over 90% effective in killing viruses and bacteria on a surface.

Another notable mention from the health hackathon is the Mobil Modular (MoMo) Lab project, which addresses the acute shortage of personal protective equipment (PPE) faced by hospitals in the general population across the globe. The MoMo Lab project submission claims to be the one-stop-shop for on-demand PPE medical parts anyway in the world, all made from 100% recycled material.

The Mobile Modular (MoMo) lab team provides an entirely self-contained multifunctional modular factory, one that is designed to be deployed that moment's notice anywhere in the world. The lab can be customized to respond to conditions on the ground and immediately begin producing personal protective gear and medical equipment and parts to hospitals and communities. It has the unique ability to utilize resources from the locale to which is deployed.

The MoMo Lab platform can be installed in the trailers, shipping containers, buses, and extreme field units. The platform itself has the ability to be configured into any number of mini-factories and is intended to be able to operate off-grid and in a host of crisis situations. The modular nature of the lab is such that individual units can be deployed to address specific demands or several units can be used in tandem to form a one-stop-shop for a variety of medical equipment needs.

These scenarios can include 3D-Print labs, plastic injection molding units that are completely functioning machine shops, and even an entire plastics recycling plant. The MoMA lab is entirely self-contained and can energize its factory any number of ways including its robust internal battery bank, shore power, the on-board solar panels, or via a state-of-the-art turbine engine generator. This electrical energy system can be used to power any setup for the lab requested by a customer or to suit the emergency to which it responds. Once up and running, it can produce thousands of plastic products per day.