20 Amazing Years of the Hubble Advanced Camera for Surveys 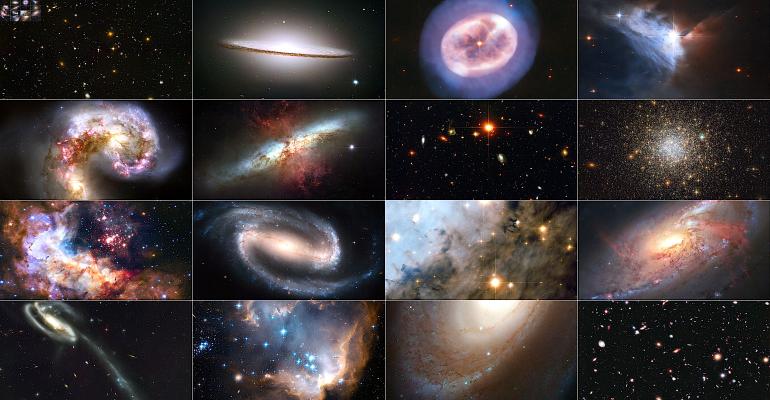 Start Slideshow ›
A composite of images by the Hubble telescope's Advanced Camera for Surveys.
We take a look back at some of the incredible images shot with the ACS, which became Hubble's most-used instrument following its installation in 1992.

March 7 marked the 20th anniversary of the installation of NASA's Hubble Space Telescope's Advanced Camera for Surveys (ACS) by astronauts during the Hubble Servicing Mission 3B.

The ACS has a wide field of view and it can see wavelengths all the way from the ultraviolet, through the visible spectrum and the near-infrared. The camera isn't actually a single device; it contains three sub-instruments. They are:

Related: International Women’s Day is Out of This World at NASA

Though it was not an original component on Hubble, following its installation the ACS became the most-used instrument on the telescope, NASA reports. “We knew the ACS would add so much discovery potential to the telescope, but I don’t think anybody really understood everything it could do. It was going to unlock the secrets of the Universe,” recalled Mike Massimino, one of the astronauts who installed the ACS.

The ACS's ability to map dark matter, detect distant objects, search for exoplanets, and study the evolution of galaxy clusters have been the instrument's highlights over two decades of work.

Related: See the 9 Different Ways NASA is Testing AR/VR on the Space Station

“There was a sense that ACS would substantially change the way astronomy from space could be done,” said Marco Chiaberge, an ESA/AURA astronomer and the calibration lead for the ACS instrument. “The surveys performed with the ACS led to groundbreaking work for fields such as galaxy evolution, large scale structures, searches for massive exoplanets, and more. The impact on the public was also immense because of its unprecedented images.”

Click through our slideshow to see some of the Hubble ACS's accomplishments.