10 of the Worst Environmental Disasters in Engineering History

When US Sen. Gaylord Nelson from Wisconsin founded Earth Day in 1970 it came in reaction to an oil spill in Santa Babara, Calif. Nelson wanted to tap into the public consciousness sparked by the social and political upheaval of the 1960s to bring more general public awareness to environmental issues. Even the date, April 22, was chosen because it fell between Spring Break and final exams -– an optimal time to get the attention of young college students. Today, Earth Day is still widely celebrated -– perhaps more so than ever thanks to the Green movement and a continuing shift by manufacturers and consumers toward more eco-friendly products.

In the spirit of Earth Day we're remembering 10 of the worst man-made environmental disasters in history. Whether it's an oil spill, water contamination, or even a nuclear meltdown -– never forget the role engineering plays every day in holding the line between progress and protecting our environment. 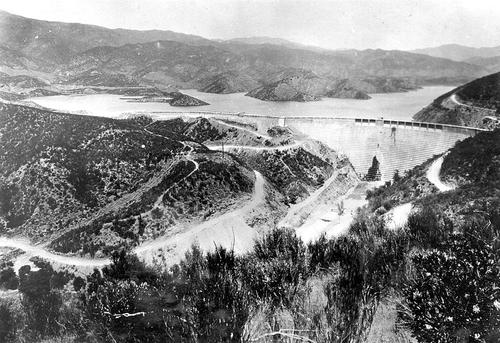 On the night of March 12, 1928, the St. Francis Dam, 40 miles northwest of Los Angeles, failed, creating a disaster that would become the second-greatest loss of life in the history of the state of California (no. 1 being the San Francisco earthquake of 1906). Once the damn collapsed 12.4 billion gallons of water roared down the San Francisquito Canyon, creating a wall of water 140 feet high that would eventually travel 54 miles, leaving death and devastation in its wake. The disaster claimed 600 lives and bodies were found as far away as the Mexican border.

The blame for the disaster fell on the designer of the dam, William Mulholland, the general manager and chief engineer of the Bureau of Water Works and Supply (today known as the Los Angeles Department of Water and power). Experts have pointed to myriad problems with the dam's design and construction. It was unknowingly built on a landslide, the height was raised at one point without increasing the base width, and repairs made to the dam over the years since its construction from 1924-1926 actually made the dam more hazardous.

The St. Francis Dam flooding ended Mulholland's career. He reportedly had suspicions that his dam had been sabotaged (a previous Los Angeles aqueduct project headed by Mulholland had been dynamited by local farmers in years prior). But during his testimony in a coroner's inquest he took the entire blame and is quoted as having said, “Don’t blame anyone else, you just fasten it on me. If there was an error in human judgment, I was the human, and I won’t try to fasten it on anyone else. On occasion like this, I envy the dead.”