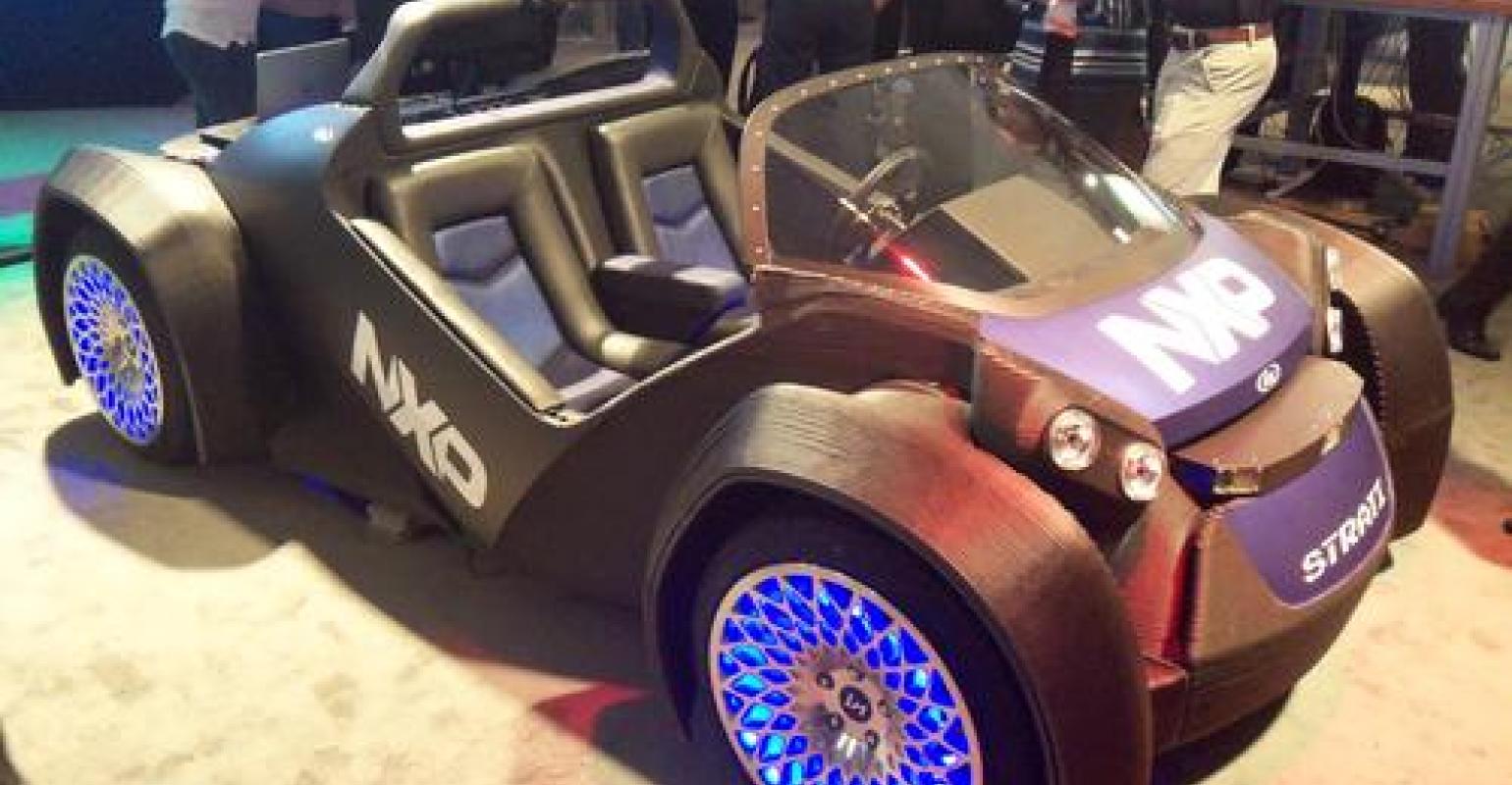 Self-driving automotive technology took a big step forward this week, as NXP Semiconductors rolled out a pizza-box-sized module that could bring production-level, "high automation" to the roads by 2020.

Known as BlueBox, the new module contains the electronics for radar-, lidar-, and vision-based processing, as well as control of the autonomous steering, brakes, engine, and gearbox. The unit promises to take vehicles to Level 4 autonomy, in which the car operates itself but requires a driver to be present in the front seat. NXP said that four of the world's top five automakers are already developing vehicles on BlueBox.

Click on the image below to check out NXP's Bluebox tech:

"This is an architecture for production and mass deployment," Allan McAuslin, product line manager for vision and automated drive at NXP, told Design News.

The introduction is important because it brings the automotive world closer to the ultimate goal of full autonomy. The auto industry currently recognizes five levels of automated driving:

NXP said that automakers currently deploying BlueBox are targeting Level 4, but not Level 5.

The announcement is also important for another reason -- it suggests that autonomy is moving beyond the realm of demonstration vehicles and into production in the near future. Design cycles for many 2020 models have already begun, NXP noted. "The automakers are not just talking about 2020 vehicles, they're actually designing them at this point," McAuslin said.

The BlueBox platform contains the processing capabilities to handle autonomous driving sensors, including radar, lidar, ultrasound, and cameras, as well as conventional motion and wheel speed sensors. It also incorporates vehicle-to-vehicle and vehicle-to-infrastructure communications, which would enable an autonomous car to "talk" with other vehicles, stop signs, and traffic lights.

BlueBox's computing platform contrasts sharply with predecessors that received notoriety during DARPA's famous Grand Challenge and Urban Challenge autonomous vehicles races between 2005 and 2007. Back then, self-driving vehicles were referred to as "supercomputers on wheels" because their computing hardware could fill a trunk or the entire back end of an SUV. BlueBox, in contrast, packs its computing prowess into metal box measuring about 14 inch x 18 inch x 2 inch. It contains two main engines -- an embedded compute processor containing eight 64-bit ARM Cortex-A72 cores running at 2 GHz each, and a vision processor using four ARM Cortex-A53 cores running at 1 GHz.

NXP emphasized that BlueBox is an open system. It uses a C-programmable, Linux-based operating system that allows automakers and tier one automotive vendors to develop their own algorithms atop it. It is also compatible with processors from other semiconductor suppliers, the company said.

NXP engineers said autonomous technology wouldn't be a game-changer in terms of cost. Today, the average vehicle incorporates between $340-350 worth of semiconductor chips. Level 4 autonomous vehicles would roughly double that figure, they said.

To be sure, Level 4 autonomy won't completely take the driver out of the equation. NXP engineers estimated that 85-95% of roads will be "autonomous-capable" venues. Narrow streets, off-roads, campuses, and malls may not be autonomous-capable and in those cases, drivers will be given up to 10 seconds to take control of the vehicle, they said.

NXP's introduction comes at a time when the auto industry is more attuned to safety than at any time in its history. Globally, 1.25 million people are killed in auto accidents every year and up to 50 million more are injured according to the World Health Organization. Most industry analysts believe that fully autonomous cars will reduce the number of fatalities by approximately 90%.

While solutions like BlueBox won't deliver full autonomy, they will bring the auto industry close enough to significantly reduce fatalities, NXP said. "At Level 4, the car is in control; it's driving," McAuslin said of BlueBox's capabilities. "And this will happen in 2020."