How to use Great Cow Basic, an alternative coding language that is easy to learn and can program PIC chips as effectively as Embedded C.

The Embedded C language variations is based on the microcontroller manufacturer's architecture and specifications of the device's GPIO (General Purpose Input/Output) ports, timers, counters, and SFRs (Special Functions Registers).

But I recently discovered an alternative coding language that is easy to learn and can program PIC chips as effectively as Embedded C.

What is Great Cow Basic?

For those Design News readers who are familiar with Beginner's All-purpose Symbolic Instruction Code (BASIC), PIC chips can now be programmed using this coding language. Great Cow Basic (GCB) allows Microchip PIC chips to be programmed easily using this alternative programming language. The learning curve for GCB is quite small, therefore allowing you to build your embedded device software within several minutes. To illustrate the ease in which to build an embedded device, I'll present my PIC chip-SNAP Circuit LED Flasher as the example: 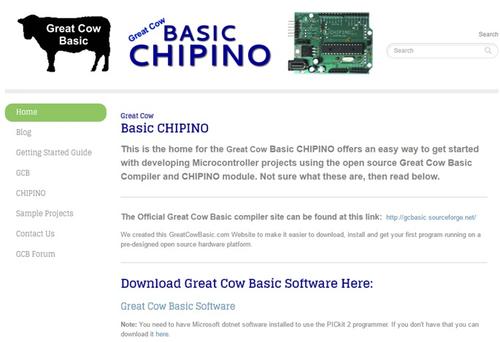 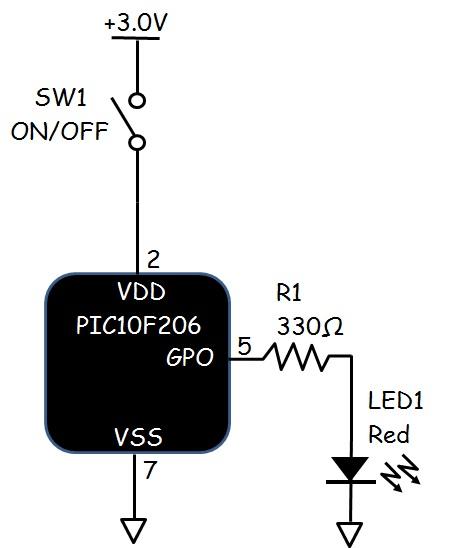 The PIC chip – SNAP Circuit LED Flasher using basic off the shelf components: a slide or toggle switch, a series current limiting resistor, a LED, a 3VDC power supply, and a microcontroller.

To build and test the simple LED Flasher, I used the Microchip PICDEM lab development board. This board provides a wealth of onboard resources such as a PICKIT Serial Analyzer, piezo speaker, a potentiometer, a dc brushed motor, and solderless breadboard. In addition to the PIC10F206 device the PICDEM includes the PIC 16F88, and 16F690 microcontrollers.

There are several dual and single inline female header connectors for wiring external circuits to the supporting microcontroller pins. Each microcontroller has an ICSP programming header for attaching a PICKIT programmer. The GCB IDE requires a PICKIT2 or PICKIT3 to program the target microcontrollers. Using the circuit schematic diagram previously shown, I built the LED flasher circuit on the PICDEM lab development board. 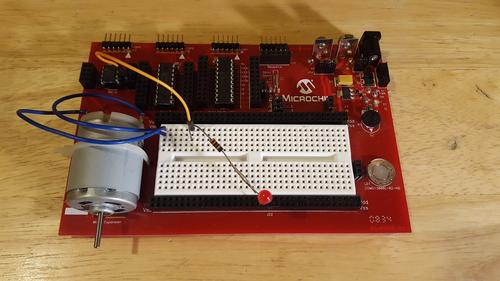 The PICDEM lab development board (DM163045) used to wire an LED Flasher circuit.

With the LED wired to GP0 (pin 5) of the PIC10F206 microcontroller. I was able to write the code using the GCB IDE. The IDE is quite typical of most programming development tools consisting of a project tree, text editor, and output window. The GCB IDE is shown next. 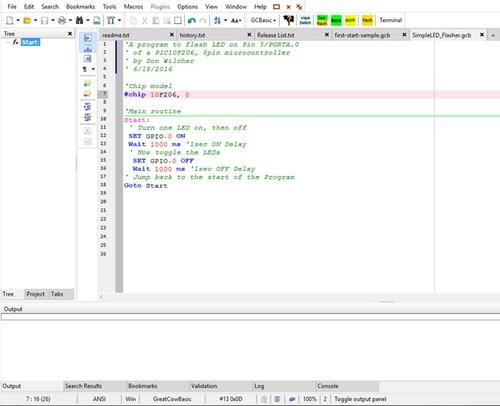 The GCB IDE (version 4) has typical support and development tools such as a project tree, text editor, and output window.

Like most new development tools, a process for creating source code, generating a hex file, and flashing the microcontroller had to be discovered within the IDE. Once I became familiar with the code development icons within the GCB IDE, I developed a reference process flow diagram to use in building future Great Cow Basic projects. 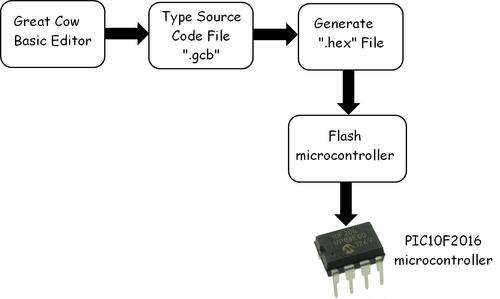 A basic process flow diagram for building source and hex files to flash onto a PIC chip microcontroller.

The source code (.gcb) for the LED flasher is show below: 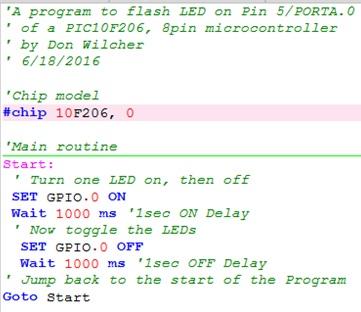 After entering the source code into the GCB IDE, I was able to create a ".hex" and flash it to the PIC10F206 microcontroller. I used the PICKIT2 as the programming tool to connect the microcontroller to the IDE generated ".hex" file. With the microcontroller programmed, the LED began to flash on the PICDEM lab development board. 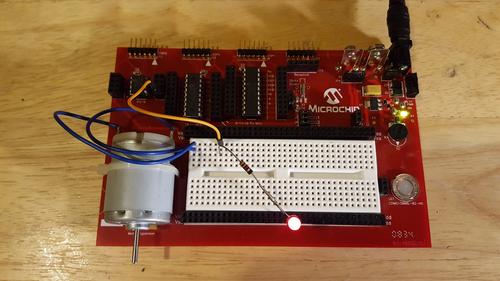 With the LED flasher code working properly, the final step of the project was to use the programmed microcontroller in an electronic gadget. As discussed earlier, the SNAP Circuit kit made by Elenco was the obvious choice in building the final electronic gadget. 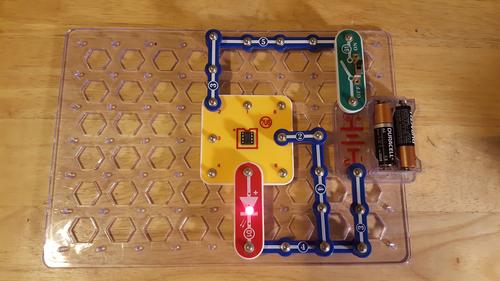 To improve the look of the PIC chip -SNAP Circuit flasher, I replaced the LED with a seven segment LED display. I wired the optoelectronic part to display the letter "H". 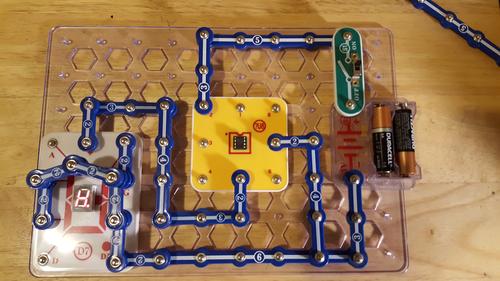 The versatility of the SNAP Circuit kit allows the LED to be replaced easily with a seven segment LED display.

I hope you can see the ease in which a PIC chip can be programmed using Great Cow Basic language. A programmer language guide, installation instructions, and IDE reference material along with example code can be found on the GCB website.