HomeIndustryGovernment/DefenseTrump Win Could Mean Big Questions for Manufacturing
Recent
Industry
Novel 3D Printing Method Used to Replenish Coral Reefs
May 16, 2022
Volkswagen’s Electric Successor to the International Scout 4x4
May 16, 2022
The Music Is Over For Apple's iPod
May 16, 2022
Q&A With IndyCar Gearbox Expert Anna Chatten
May 13, 2022
POLL
Intel Unveils Trust Authority to Boost Security
May 13, 2022
Supplier News Looks at Highly Customizable Industrial Monitors
May 12, 2022
Here Technologies Maps are Key to Mercedes Level 3 Automation
May 12, 2022
'We Built the Domino's Pizza Tracker for Manufacturing'
May 12, 2022

In an upset that stunned the US and the world, Donald Trump crossed over to 289 electoral votes late last night, making him the 45th President of the United States. The news shook markets around the world, with the Dow Jones futures taking an 800-point drop before recovering about half the fall.

The stunning victory leaves a ton of questions about the future of manufacturing in the US. While Trump vowed to keep American manufacturing jobs, he offered little in the way of stated policy other than the promise to punish companies that sent manufacturing job outside the US. 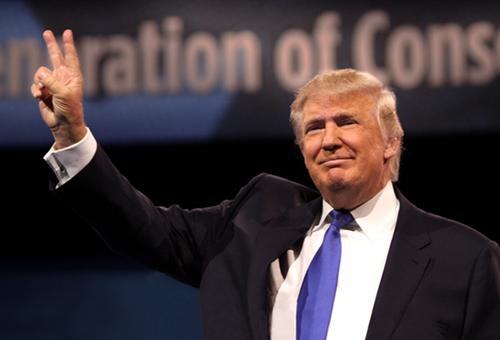 Trump’s win prompts questions about trade that could directly affect US manufacturing. He promised to tear up trade deals, including the North American Free Trade Agreement (NAFTA), calling it “the worst trade agreement ever” during one of the debates. How that plays out is a big unknown.

The election results also call into question many US security agreements, including NATO. Trump has threatened to withdraw security agreements with NATO countries that fall behind on their required 2% of GDP investment in defense. The Mexican peso fell 13% on the news of the electoral victory. Russian President Vladimir Putin quickly praised Trump’s win, saying Russia is “ready and wants to restore fully fledged relations with the US.” This follows accusations from US security agencies that Russian hackers produced the WikiLeaks emails to damage Hillary Clinton’s campaign.

While it’s difficult to predict how the Trump victory will affect American industry and manufacturing, his policies on energy are clear. He pledged to help coal workers. Their jobs have fallen from 67,000 in 2015 to 56,000 today mostly because of falling demand for coal, which has taken a double hit from EPA regulations and cheap natural gas. To help boost coal production, Trump plans to eliminate the moratorium on coal leasing and open shale energy exploration and production.

Throughout the election process Trump has been vague about how his ideas translate into governmental policy. His website offers few concrete clues. The US voters and the entire world are about to learn a good deal more about the potential effects of a Trump administration. For now, much of it is a mystery.