Readers: Help Us Pick The Best and Worst Science Movies

It’s time once again for the Annual Design News Science and Engineering Movie Contest – the contest that names no winners, awards no prizes, isn’t really a contest, and appears every two years or so.

This year, to make it seem more like a real contest, we’re asking our readers to vote for their best and worst science movies. You can do that by typing the movie names into the comment section below or by e-mailing them to me. Using highly complex mathematical methods, our Design News Movie Panel (which consists of me) will tally all the votes and report back to you.

Also this year, you’ll need to consider a few strong new entries. The most notable of those is The Martian, staring Matt Damon. “Everyone liked The Martian,” said Sidney Perkowitz, a professor of physics at Emory University and author of several books on movie science, including Hollywood Chemistry and Hollywood Science. “The science is really accurate and it didn’t need to go for many bang-‘em-up, shoot-‘em-up special effects. That’s pretty rare in science fiction movies today.”

Two other very recent science and engineering films -- Sully and Deepwater Horizon -- also need to be considered. Both were released in the past month and haven’t had a chance to develop a broad following, so we’ll be curious to see how they do.

Perkowitz also told us to be on the lookout for two other outstanding new entries. Europa Report addressed the psychology of a small crew of astronauts cooped up in a tiny spacecraft on a long journey to the other side of the solar system. He also recommended The Man Who Knew Infinity, about the 20th-century math genius, Srinivasa Ramanujan. “I’m impressed by anyone who tries to make math understandable to a general audience,” Perkowitz said. “That’s a real feat.”

Of course, we also want readers to consider some of the old classics. In the past, Design News readers have almost universally praised the Ron Howard movie, Apollo 13. They also liked Gravity, Tucker, Flash of Genius, No Highway in the Sky, Flight of the Phoenix, The China Syndrome, The Right Stuff, Gattaca, A Beautiful Mind, The Day the Earth Stood Still, War of the Worlds, Falling Down, October Sky, Alien, 2001: A Space Odyssey, and many others.

Then there’s the list of the worst. We here at the Design News Movie Panel are philosophical about the art of cinema, but some movies really do stink. Those include Volcano, Chain Reaction, The Sixth Day, and the movie universally considered to be the worst of all time, Plan 9 From Outer Space. Two other films -- Armageddon and The Day After Tomorrow -- have narrowly escaped the worst list in the past, with the majority of readers complaining about their atrocious lack of scientific accuracy, while a few liked them purely from a viewing standpoint.

It should also be noted that one film continues to maintain an honorable mention standing on our worst list. Clambake, in which Elvis Presley stars as a chemical engineer, showed great promise as a stinker, but our Design News panel dozed off during the screening, saving it from an ignominious fate.

For those who need help remembering a few of the great movies from the past, click on the slides accompanying this article. Then go vote. And as you do, remember -- all entries will not be postmarked and prizes, valuable or otherwise, will not be awarded.

Click the image below to star the slideshow. And don't forget to cast your vote by naming your favorite film in the comments section 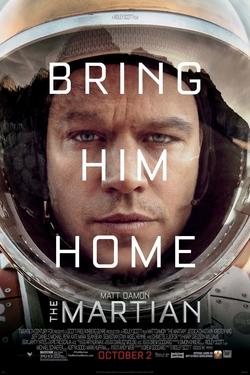 Ridley Scott’s 2015 sci-fi film about a man mistakenly left behind on Mars received points for scientific accuracy and for being a good film. “Everyone liked The Martian,” said Sidney Perkowitz, an Emory University physics professor and movie expert. “The science is really accurate and it didn’t need to go for many bang-‘em-up, shoot-‘em-up special effects. That’s pretty rare in science fiction movies today.” (Image source: 20th Century Fox)