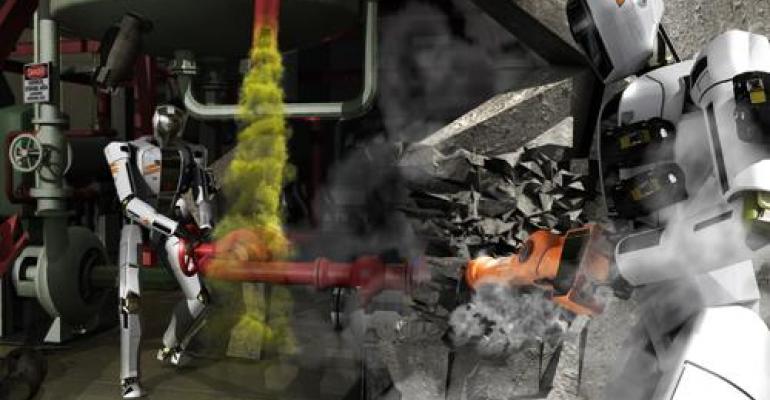 The Department of Defense's research arm has already funded the design of a cheetah-like robot that broke the land speed record, and a more humanoid machine to safely test military combat gear. Now the Defense Advanced Research Projects Agency (DARPA) is offering $2 million to engineers who can design and build a robot to perform a series of disaster-response tasks that are too dangerous for humans.

DARPA's Robotics Challenge, which the agency will launch in October, is looking for teams to submit proposals for creating a robot that can perform a number of physical activities that might be required to respond to a disaster. Those activities include driving a utility vehicle, traveling dismounted across rubble, removing debris blocking an entryway, or using a tool to break through a concrete panel, according to a DARPA broad agency announcement. 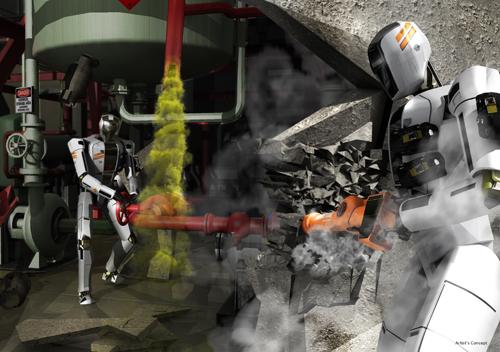 The US military already uses robots to perform tasks that would put humans in harm's way, such as to diffuse bombs during combat engagements. Robots were also used in cleanup efforts at the Fukushima nuclear plant disaster following the major earthquake in Japan last year, according to DARPA.

The contest will require designers to build one robot to perform all of the tasks individually during a series of challenges. Creating such a humanoid machine will require innovations in both software controlling the robot and the hardware of the robot itself to go beyond current capabilities of the field. DARPA hopes to spur the creation of more autonomous robots that can also interact effectively with humans in shared environments.

What we need to do now is move beyond the state of the art. This challenge is going to test supervised autonomy in perception and decision-making, mounted and dismounted mobility, dexterity, strength, and endurance in an environment designed for human use but degraded due to a disaster. Adaptability is also essential because we don't know where the next disaster will strike.