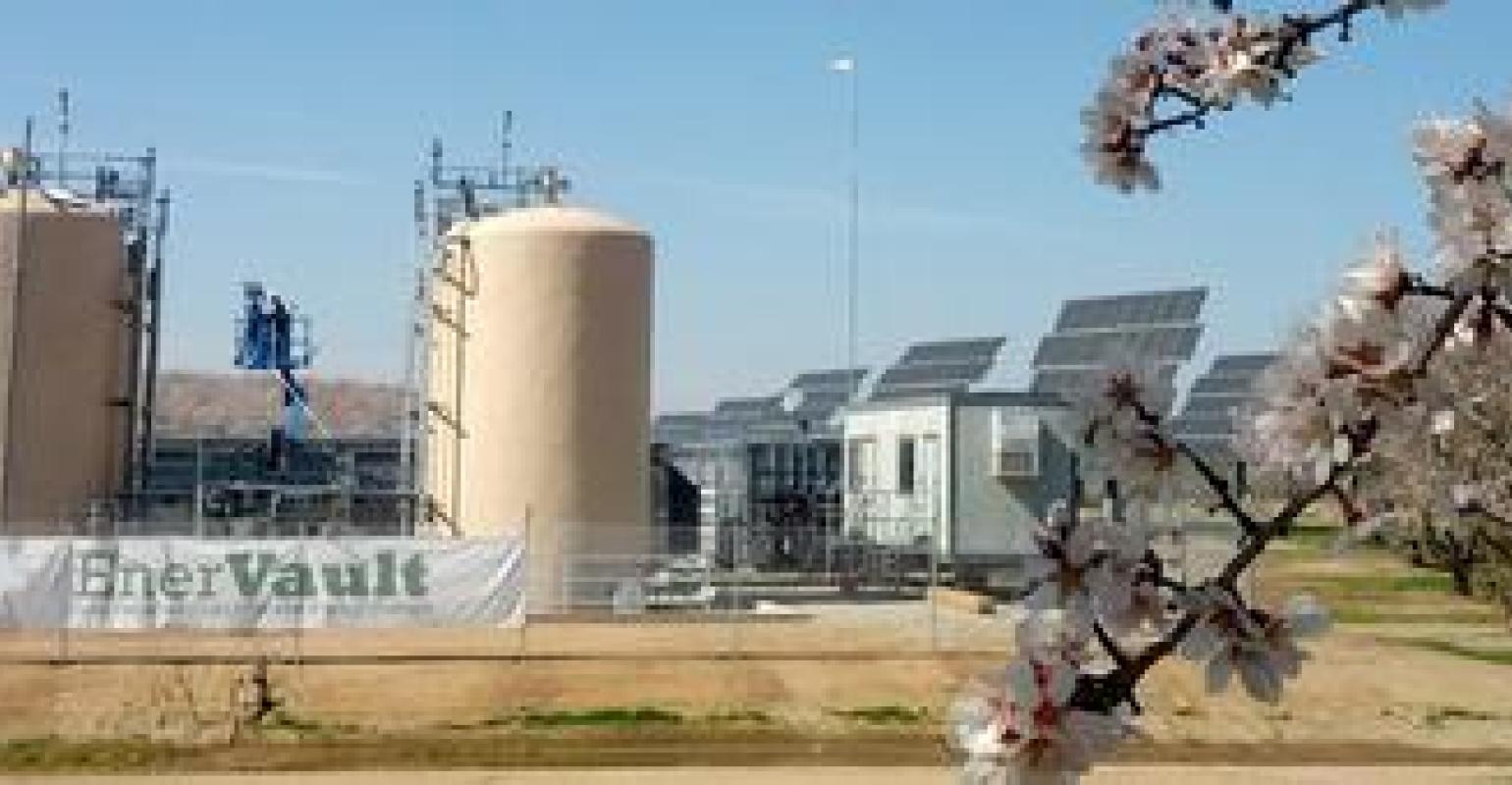 One of the next frontiers in battery research is storing energy from solar, wind, and other renewable sources so it can be reused on a grand scale and connected to the traditional power grid. A number of companies and researchers are working on this problem. EnerVault is the latest to offer a viable solution.

EnerVault has designed a redox flow battery based on iron and chromium that stores energy in the form of electrolytes mixing these minerals with water.

The Sunnyvale, Calif., company recently unveiled its Turlock Project -- a large battery installation in the form of two tanks storing energy from solar arrays near the city of Turlock in California's Central Valley.

"The guiding interest at EnerVault started with our expectation that there would be a growing need for grid scale, long-duration energy storage in order to support the increasing penetration of renewables, need for higher reliable transmission and distribution, and a more fuel efficient grid," Bret Adams, EnerVault's director of business development, told us in an email. "We think about offsetting the need for flexible generation like natural gas and pumped hydro storage, so we are interested in hundreds of megawatt hours of storage."

Redox flow batteries create the ability to recharge the energy stored in them through chemicals dissolved in liquids within the system. A number of chemicals can be used in a flow battery to achieve energy storage on a grand scale. For example, Ambri, a Boston startup founded by MIT engineers, has developed a battery that uses magnesium and antimony.

EnerVault chose a mix of iron and chromium -- the latter being a type found in vitamins, not a hazardous version -- to solve the problem of scaling up to grid-scale energy storage. These minerals are conducive to this type of storage because, first and foremost, they are "massively available commodities at low cost," Adams said. "So it's possible to address gigawatt hours of new capacity without being supply constrained or affecting the cost of iron and chromium."

Safety also was a key issue for EnerVault when it came to battery design on such a large scale. "If you want to store hundreds of megawatt hours of storage, it has to be safe with very low vulnerability to mitigate to be cost effective. Energy in any form always wants to escape; dams break, chemical reactions generate heat, electricity gets released due to shorting, etc."

However, redox flow batteries like the ones EnerVault has designed are inherently safe and are thus the best option for this type of storage, he said. "Only the energy in the stacks is available for release as electricity, so a small percentage of the total storage. They are mostly water so are immune from thermal runaway; in an earthquake if the electrolytes mixed, a mild exothermic reaction takes place raising the temperature 10C, which is like hot-water-heater temperatures."

The Turlock Project is EverVault's first grid-connection storage installation after years of testing in the lab. Before deploying the project, the company developed five lab systems, growing from 1 kW to 5 kW to 10 kW to 30 kW, Adams said. The project itself is a 250 kW system.