HomeIndustryMaker/Gadget FreakVirtual Reality Industry Is Getting Even More Real
Recent
Industry
Using Low-Code/No-Code Systems for Manufacturing Quality
May 19, 2022
Los Angeles Fire Department Deploys Nation’s First Electric Fire Truck
May 19, 2022
Supplier News Looks at an Automated Coolant Management System
May 19, 2022
Is Magneto the Hero We Need to Destroy Blood Clots?
May 19, 2022
POLL
Using AI To Help the Deaf Communicate
May 19, 2022
Argo AI Expands Driverless Operation to Austin and Miami in Search of More Challenges
May 18, 2022
12 Ideas that Could Change the World
May 18, 2022
Making the AC Power Main Intelligent
May 18, 2022

Virtual Reality Industry Is Getting Even More Real 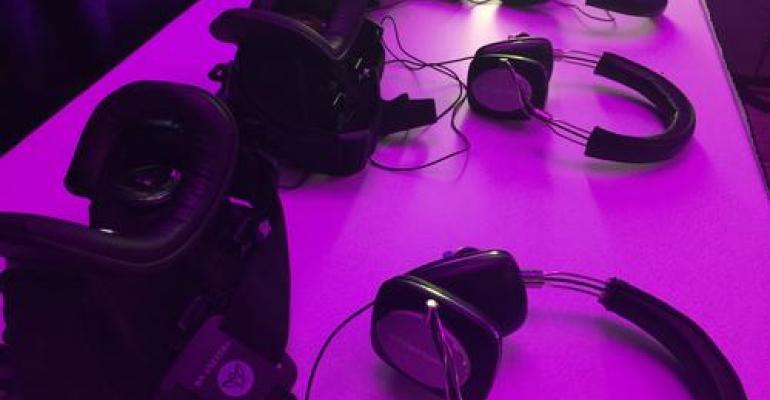 Virtual reality is a hot topic of late, with big players like Microsoft, Samsung, Facebook, and Google creating devices and ecosystems that take you to another world, it seems. Up until now, most of the VR experiences have been mainly ocular, allowing you to immerse yourself in 360-degree visual perspectives. But if the showroom floor at the Augmented World Expo (AWE) is an indicator, VR is about to get even more real, bringing your eyes, body, and even your friends into the mix.

One of the big VR trends on the floor at the sixth-annual AWE show was the addition of eye-tracking. FOVE, the world's first eye-tracking virtual reality headset, demoed its new tech and is currently raising funds on Kickstarter. Leveraging precise eye-tracking opens up new possibilities in VR, such as using your eyes as a controller to point or even shoot at targets in a game. Eye-tracking also creates a more natural view in VR, reducing simulation sickness by mitigating the need for unnatural head movements. It also allows you to make eye contact with characters you meet in the virtual world. 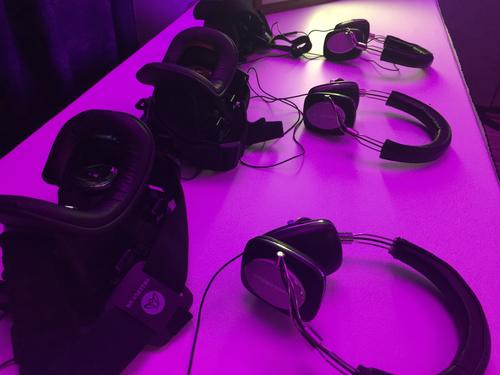 Leveraging eye-tracking to improve social communication within VR was also something AltSpace VR demonstrated at the show. Using eye-tracking technology from SensoMotoric Instruments, a social-VR company, AltSpace VR showed how bringing your eyes into the virtual world can help give emotion to avatars. Within its simulation, robots came to life, mimicking eye movements of VR wearers to make the robot look mad, scared, surprised, and so on.

But giving the robot avatars feelings was only half of the focus in the AltSpace VR exhibit, as the company also showcased its ability to connect people in virtual reality through its social-VR platform. Using AltSpace VR's software and hardware integration, users in virtual reality can meet and share experiences. The company has held group outings for VR users, including a trip to a volcano and even the ability to watch one of its press conferences in virtual reality. The company has officially opened its social platform for VR to all users, after months of being an invite-only beta product.

MORE FROM DESIGN NEWS: What's the Big Deal About the Totem Headset?

With your eyes and friends now in VR, the biggest thing missing is your body, which is something that Sixense is able to make happen. Sixense demoed its STEM system, a full-body wireless motion tracking system that puts your hands and feet into a virtual reality experience. The system can track all four limbs, plus your head, and is optimized to allow an eight-foot radius from the base. The technology uses an electromagnetic field to determine the position and orientation of each STEM relative to the base, giving the user the freedom to turn around and move about like they would in the real world. Handheld STEM controllers include buttons and a joystick for additional control depending on the experience.

The ability to add your hands into the action in VR is something Oculus recently announced at its pre-E3 event last week. Oculus Touch is a set of controllers that the Facebook-owned company will demo this week at E3. The controllers are expected to be available for pre-order alongside the consumer version of the company's Rift product in 2016.

As VR begins to include more and more of the interactions we are used to in the real world, the opportunities within the virtual space become even more compelling. For example, adding eyes to VR could help further virtual therapy, adding hands could enable better shopping experiences, and allowing others to join you in VR could take remote meetings to a whole new level. It won't be long until we may have a hard time differentiating between what is real and what is not.

Design & Manufacturing Canada, the largest advanced design and manufacturing trade show serving Canada, will take place in Toronto, June 16-18, 2015. It's your chance to meet qualified suppliers, get hands-on with the latest technologies, and expand your network. Learn more here.